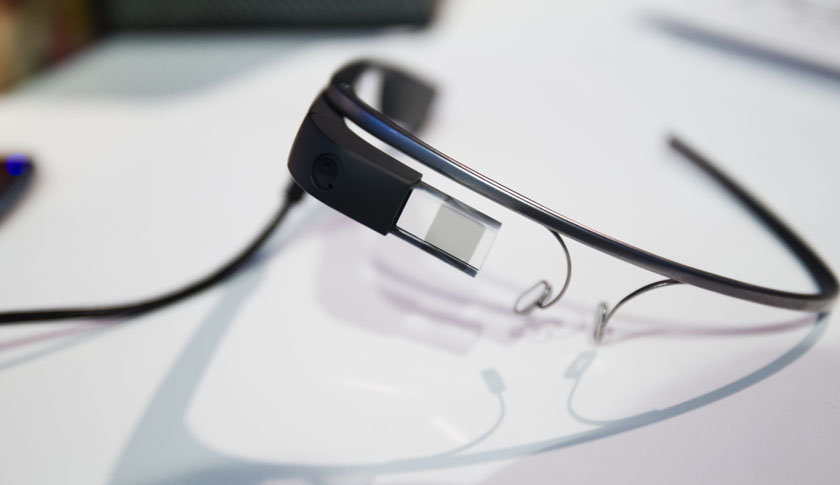 A pair of Google Glass connected glasses sits on display on day three of the Mobile World Congress in Barcelona, Spain, on Wednesday, Feb. 26, 2014. Top telecommunication managers will rub shoulders in Barcelona this week at the Mobile World Congress, Monday, Feb. 24 - 27, a traditional venue for showcasing the latest products for dealmaking. Photographer: Angel Navarrete/Bloomberg via Getty Images
Angel Navarrete/Bloomberg/Getty Images

Google’s futuristic eyewear is on its way back, and with an Italian flavor this time.

The tech company (GOOG) has teamed up with Luxottica, the Italian eyewear maker, for the next version of its connected glasses, Glass, according to a Friday report from the Wall Street Journal. The new version of Glass is already under way and will be out between February and March next year, said Luxottica’s CEO, Massimo Vian.

In January, after apparently failing to make Glass a hit, Google announced that it was discontinuing the first version of Glass. It also moved the project out of Google X, its research and development arm, and put it under the leadership of Tony Fadell, Nest’s CEO. Google acquired Nest, a maker of Internet-connected home devices, in early 2013 for $3.2 billion.

Google declined to comment, only saying that “the team is heads down building the future of the product.”

The original version of Glass, launched in mid-2014, retailed for $1,500 and had a tough time gaining social acceptance. Along with providing wearers with useful information like directions, it sported a camera for taking photos and videos and became the source of much social discomfort around the device.

“In Google, there are some second thoughts on how to interpret version 3 [of the eyewear],” Vian told shareholders, according to the Journal. “What you saw was version 1. We’re now working on version 2, which is in preparation.”

In December, reports surfaced that Google would be replacing Glass’s processor from Texas Instruments with one from Intel, a partnership Vian confirmed on Friday.

In the past year, several other companies have announced or released their own connected eyewear, including Sony and Chinese tech giant Baidu.

For more on Google Glass: