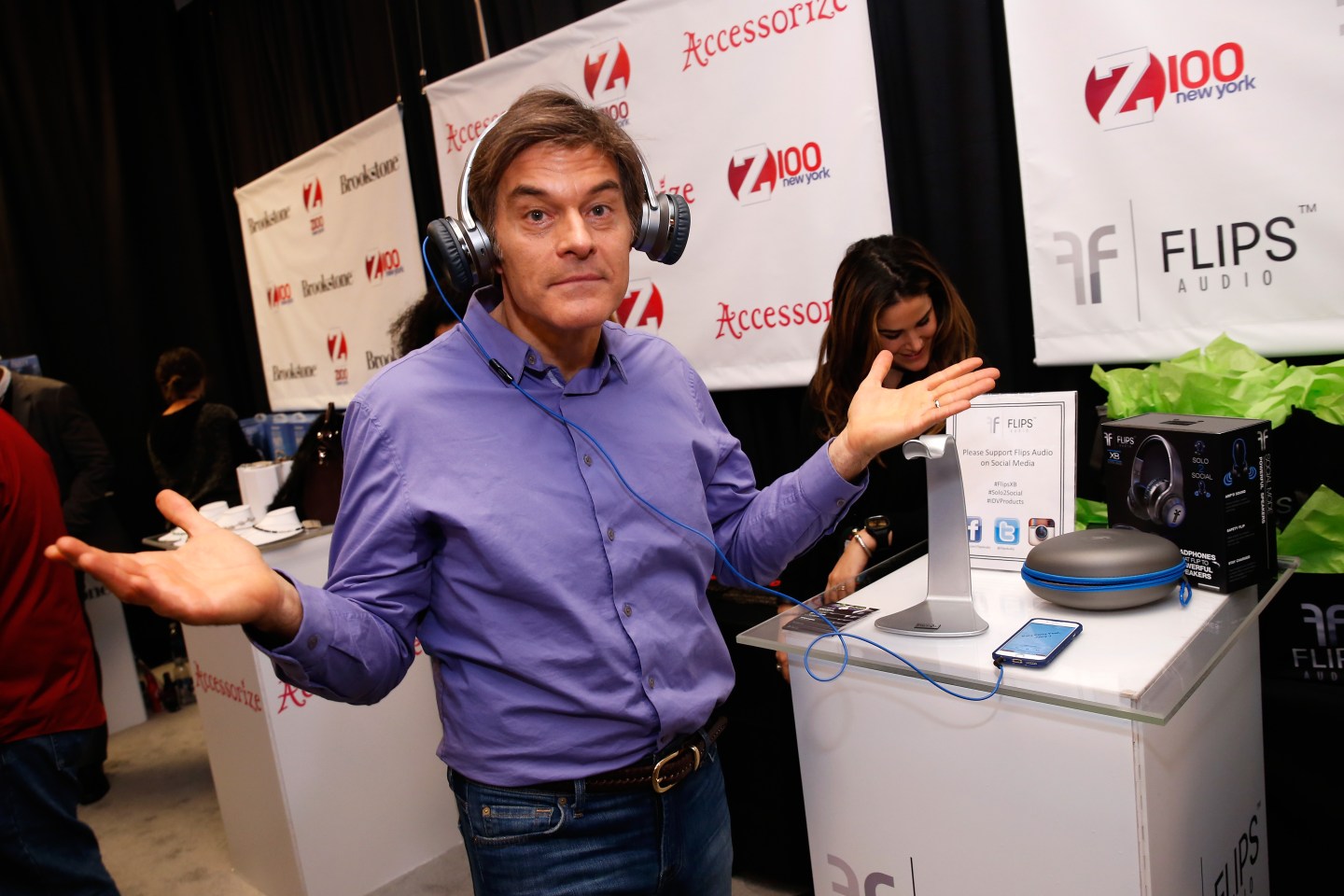 The recent furor over TV host and cardiothoracic surgeon Dr. Oz, prompted by a letter urging his removal as professor of surgery at Columbia University, has rekindled the controversy over genetically modified organisms. The letter charged that “Dr. Oz has repeatedly shown disdain for science and for evidence-based medicine, as well as baseless and relentless opposition to the genetic engineering of food crops.” It also accused him of “promoting quack treatments and cures in the interest of personal financial gain.”

Dr. Oz responded in kind, accusing the doctors of working for companies “linked to pro-GMO groups.” Dr. Henry Miller, the lead author of the letter to Columbia, is a researcher at the Hoover Institution, a conservative think tank, and an outspoken proponent of GMOs. He denied any conflicts of interest.

It’s a messy fight, and with Dr. Oz set to air a full response on his show today, the winner is far from clear. But what this mud-wrestling displays, said one opponent of GMOs, is how treacherous the GMO battle has become. “He hit a nerve for sure,” says public interest attorney Steven Druker, who is also executive director of the Alliance for Bio-Integrity. “Proponents of GMOs have had their way with media and when someone questions GMOs they get attacked,” Druker argues.

“I think the idea by attacking is so that people will be less likely to bring up the topic of GMOs,” says Druker, whose critical book on GMOs “Altered Genes, Twisted Truth” was published this year.

But those who see GMOs as beneficial say the whole idea of labeling GMO products, as Oz advocates, is not worth arguing about. “Seeing as how unsure science is on this, putting warning labels on food saying they contain GMOs is putting a label for something that doesn’t exist,” says Tim Richards, professor of agribusiness at the W.P. Carey School of business at Arizona State University.

A GMO is any organism whose genetic material has been altered using genetic engineering techniques. This rearranging of DNA material can be done in animals, bacteria, plants, and crops. The goal is to make something stronger or altered to produce anther needed strain of a chosen organism. When it comes to food, GMOs are created to become resistant to such threats as insects, pesticides and droughts.

The idea of using different breeding techniques for plants and animals dates back centuries. But the true GMO revolution started in the 1970’s. Now, such food stuffs as corn, soybeans, sugar beets, and non-food products like cotton are produced as GMOs. (GMO wheat, rice and tomatoes have also been tested but not marketed.)

But whether they are safe totally depends on who you talk to, with research on GMOs somewhere in between. Monsanto, the world’s largest maker of GMO products, believes there’s enough scientific proof that GMOs are safe for consumption and pose no health threat to humans.

And some farmers swear by them. Bill Horan, who works 4,000 acres in northwest Iowa, talked last fall about how he believes GMO seeds are irreplaceable. “We’ve used GMO corn seeds for decades and they’re a great product,” said the 66-year-old Horan.

However, The Institute for Responsible Technology says that among other harmful threats, genetic engineering creates dangerous health side effects and that government oversight on GMOs is lax.

Meanwhile, John Kempf, a farmer and CEO of Advancing Eco Agriculture, a soil nutrition consulting firm, maintains that GMOs don’t come close to matching the hype that they are supposed to help feed the world. “They don’t increase crop yields and they increase the resistance of weeds to herbicides,” Kempf says. “We should use the science of nutrition for the soil instead of the science of GMOs.”

When it comes to labeling GMO products, Vermont has the only law on the books to do so. But the law doesn’t go into effect until 2016. And recent ballot efforts in Colorado and Oregon to make labeling mandatory in those states went down to defeat this past fall.

But as GMOs are plentiful in the U.S., many countries in Europe, like Austria, Italy and France have banned certain GMO products over the safety issue and worries that GMO products can cause health problems.

Oz’s latests comments on GMOs, expressed on two of his shows last month, are a reversal of previous statements. As recently as 2012, he said GMO’s are “safe and that those who buy organic and try to avoid GMOs and chemicals in their food are snobs, snooty and elitists.”

In a piece he released on Time.com ahead of his statement on his show, Dr. Oz explained his current view on GMOs: “As a scientist, I am not that concerned about GMOs themselves, but I am worried about why they were created. Highly toxic herbicides would kill crops unless they were genetically modified, but with the genetic upgrade, these plants can be doused with much higher doses, with potential complications to the environment. The WHO believes that glyphosate is ‘probably a human carcinogen.” Perhaps we are all showing “disdain for science and evidence-based medicine,’ but I would argue that unleashing these products creates a real-time experiment on the human species. Sure, we will eventually know if these pesticides are a problem, but at the expense of the pain and suffering and disease in real people. I owe my kids more. And so do you.” (Oz also acknowledged some failings in the statement. For example, as he put it, “my voyage into the land of weight loss supplements left me in a very unsavory place. I wish I could take back enthusiastic words I used to support these products years ago. And I understand the criticism I’ve received as a result.”

For now, at least, Dr. Oz retains his job at Columbia. The university released a statement this week saying it’s “committed to the principle of academic freedom and to upholding faculty members’ freedom of expression for statements they make in public discussion.”

Will the debate over Dr. Oz and his views shed light on the key questions relating to GMOs? It’s hard to say. But the conversation needs to happen, says Druker of the Alliance for Bio-Integrity’s Druker: “There has to be an honest debate about GMOs and there hasn’t’ been.”

Correction: An earlier version of this article stated that wheat, rice, and tomatoes are produced as GMOs; such GMO versions have been tested, but not yet sold to consumers.