What can ketchup consumption teach us about the economics of data? 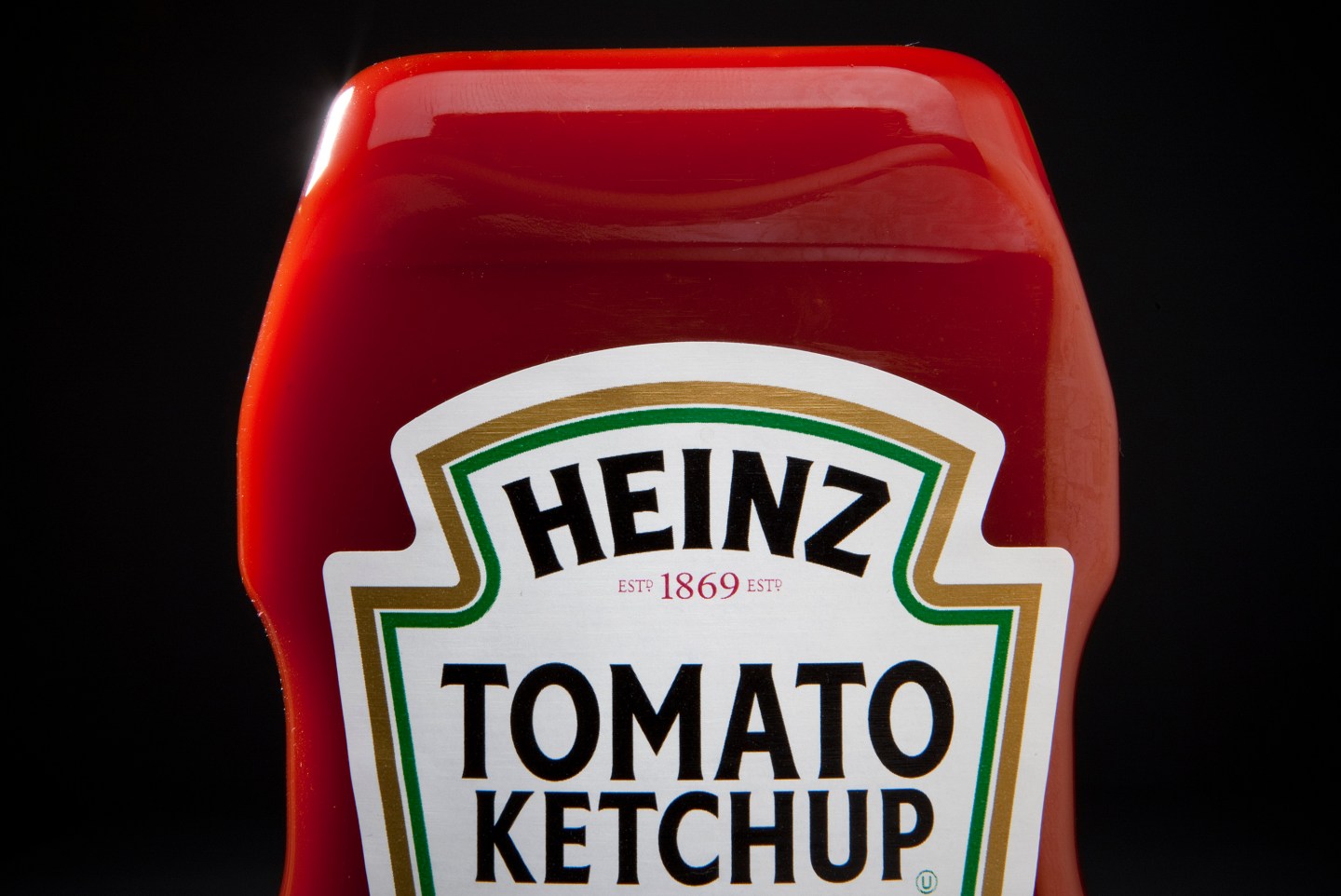 We go through a lot of ketchup in our house. It seems every other week I’m buying a bottle of the stuff. In the wake of Amazon launching the Amazon Dash—an Internet-connected button that, when pressed, sends a message to the e-commerce giant telling it to automatically ship a new unit of whatever product it’s associated with—I got to thinking about ketchup consumption, my health, and who’s going to own that data stream.

Heinz, the company that makes my chosen brand of ketchup, sells more than 650 million bottles of it each year, totaling more than $1.5 billion in sales. Adding granular data to a portion of those sales could give Heinz some powerful insights, which in turn could boost ketchup sales and help it market across other brands—particularly useful after it signed a merger agreement last month with Kraft Foods Group (KRFT).

Today Amazon Dash buttons exist for about 17 products, including one for Kraft’s Macaroni and Cheese. So far, there isn’t one for ketchup. As Ian Crouch in The New Yorker put it, these buttons are a little creepy because they encourage frictionless consumption. There’s no decision to make about choosing a different brand and there’s not even a chance to ask yourself if you really need the product.

But it’s also a great opportunity for someone like me who casually wonders how much ketchup her family is consuming to see exactly how much of the stuff we’re really ingesting. Every time I’d punch that button, it would log the data in Amazon’s cloud before it would ship me a new bottle. Amazon would certainly track that data, as would Heinz. Sharing this data with me would be easy—except there’s no incentive on Amazon’s or Heinz’s part to give it up in a format that is easy to export and includes metadata about the product that might be interesting. For ketchup, it might be nutritional data.

While ketchup isn’t a terrible food, it’s high in sodium and contains high fructose corn syrup—something consumers may be trying to avoid. If I suddenly became aware that my family was eating a gallon of ketchup each month I’d certainly question my choice of brand and condiment.

Amazon’s data provides an illuminating perspective on the value of data and shows where incentives to share that data may not align. As a consumer, I might gain all kinds of health benefits from seeing that I order two cases of Mac and Cheese a week and correlating that to data from a connected scale or even a connected blood pressure cuff, but it’s not clear why Amazon might want to share that data with me. Instead it might want to use it to offer me better product recommendations. Like Mac And Cheese? Try these statins!

When the quantified self meets the raw nutritional data from processed foods, consumers may have to change their behavior. Or maybe their insurers might force it. The data from Amazon’s purchases shared with the government’s public health databases or insurance firms opens up another can worms about who might want access to this sort of data and who should have access to it now that it is relatively easy to get. In the case of public health data, stripping the data of individual addresses might render it more palatable for sharing purposes although I’m sure there are researchers who can take a series of orders, a zip code and Amazon Prime membership and pinpoint my identity from those few facts rather easily. I’m the one ordering all the Hue light bulbs and ketchup.

Meanwhile, there’s my own quest for this data. Currently Amazon lets you see how often you’ve purchased items under Your Orders, but that isn’t a format that encourages you to tie metadata associated with the purchase to other aspects of your life or other elements of the world. When asked about plans for sharing this data, an Amazon spokeswoman said that the customer could find their purchases under the Your Orders section as I described above.

But exportable data and associated metadata, or the ability to link it to related metadata is where the Internet of things has the power to improve economics, health and the existence of both consumers and businesses. And that’s why access to data in a format that’s capable of being exported and used is such an important element of this future. If Amazon won’t do it, perhaps startups can.

Being able to tie the nutritional data associated with my purchased macaroni and cheese is important to me, public health officials, insurers and maybe even researchers at pharmaceutical companies. In corporate contexts, it’s certainly important enough to pay for, if you can incent consumers to part with it. Meanwhile, going back to my ketchup dilemma, I went back to my grocery lists and realized that I only feel like I’m buying ketchup every two weeks. The data indicates I buy it every six weeks, which makes me feel a little bit better about our consumption patterns. However, it looks like our spicy mustard buying pattern is off the charts.