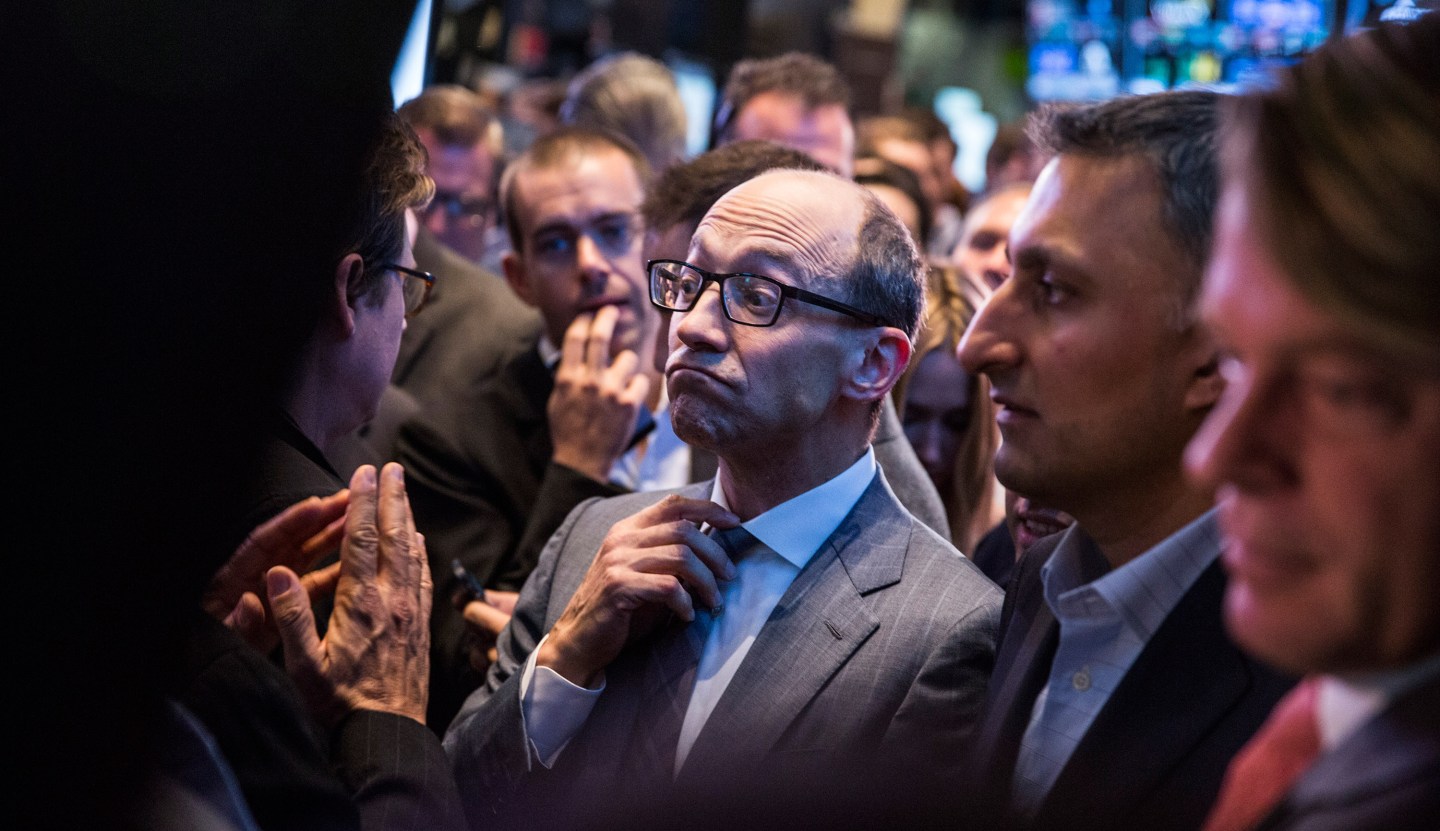 NEW YORK, NY - NOVEMBER 07: Twitter CEO Dick Costolo adjusts his tie while waiting to see what Twitter's opening market price will be on the floor of the New York Stock Exchange (NYSE) on November 7, 2013 in New York City. Twitter went public November 7, on the NYSE selling at a market price of $45.10, with the initial price being set at $26 on November 6. (Photo by Andrew Burton/Getty Images)
Photograph by Andrew Burton — Getty Images

Twitter has ended a program whereby top executives had been selling company stock at regular intervals, Fortune has learned. The move came after Twitter came under heavy criticism — particularly from CNBC’s Jim Cramer — for insider share sales that arguably were depressing the company’s stock price.

The original plan was a so-called 10b5-1, which is used by many publicly-traded companies to let executives and board members sell a predetermined number of shares at a predetermined time (thus removing the appearance of such sales being prompted by inside information).

At Twitter, it resulted in CEO Dick Costolo selling more than $8.5 million worth of company stock via sales in January and February. So did co-founder and chairman Jack Dorsey via a pair of January dispositions. Adam Bain, Twitter’s president of global revenue and partnerships, sold $1.8 million of stock in January.

All of that followed much more active insider selling in Q4 2014, causing Jim Cramer to write the following on February 9:

Memo to the board of directors of Twitter: Someone suggest that there be a moratorium on selling stock for a bit, maybe six months, maybe a year, to show that you believe in the company… If I were on the board I would simply say, ‘Hey guys, could you give it a break for a while because you are now telling a good narrative about user growth and engagement and you are starting to get people excited again about the company and its stock and your selling makes them feel foolish.’

It is unclear if Twitter canceled the 10b5-1 plans or simply didn’t renew them but, either way, multiple sources say that they are no longer in effect for the company’s senior management. The only person who still seems to be using one is company co-founder and direct Ev Williams, who has sold more than $45 million worth of Twitter stock since the broader moratorium went into effect.

The final 10b5-1 sale (save for those done by Williams) was made on February 6. Since then, Twitter’s stock price is up around 25%. The only other insider sales at the company have related to covering tax obligations.