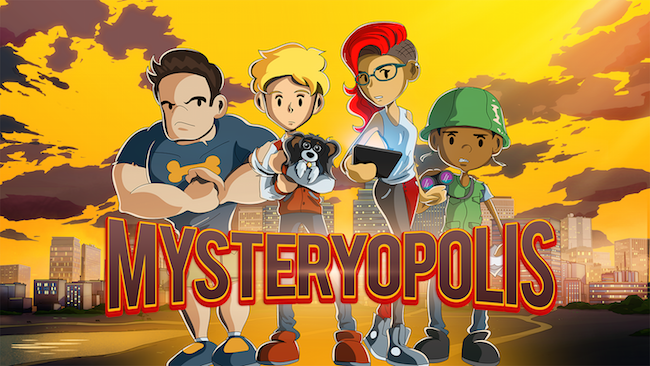 “A good TV show won’t go away, but people will get hungrier for gamified narrative,” Zuiker says. “The entertainment experience will morph into something new. Moving forward, everybody is going to want some level of interactivity with their entertainment.”

Zuiker partnered with entertainment production company Fanlala on the project, which debuted exclusively on Fuhu nabi kids and family tablets through the $4.99 monthly nabi Pass subscription service. Alan Anderson, CEO of Fanlala, says the business model for this first series is to drive revenue via sell through and/or subscription participation.

“What was unique about working with nabi was that we could launch Mysteryopolis as the first original series on their new monthly subscription service called nabi pass,” Anderson says. “We receive a percentage of the subscription fee based on downloads. In the future, we are looking at Mysteryopolis to be a stand-alone paid app on other platforms. We are also looking to eventually add in-app purchases for virtual goods as an additional revenue stream.”

Zuiker says the plan is to expand distribution in the future. He designed the series so that it can live as a stand-alone 90-minute animated film without the games, which opens up distribution to movie theaters and services like Netflix, cable, and video-on-demand. The games can be separated and live online independently, including on sites like Fanlala.com. But the series was created from the ground up to bridge the gap between gaming and story.

“Allowing them to go on a device that’s familiar to them and safe for them, and acquire and retain that knowledge, is important,” Zuiker says. “We’re seeing a shift in the right direction in education with a high level of competency on tablets. They allow kids to have fun and want to play more and consume more, versus the traditional pad and paper. The end result is kids take away the info and apply it. Every time we do educational stuff on an iPad, my kids gobble it up.”