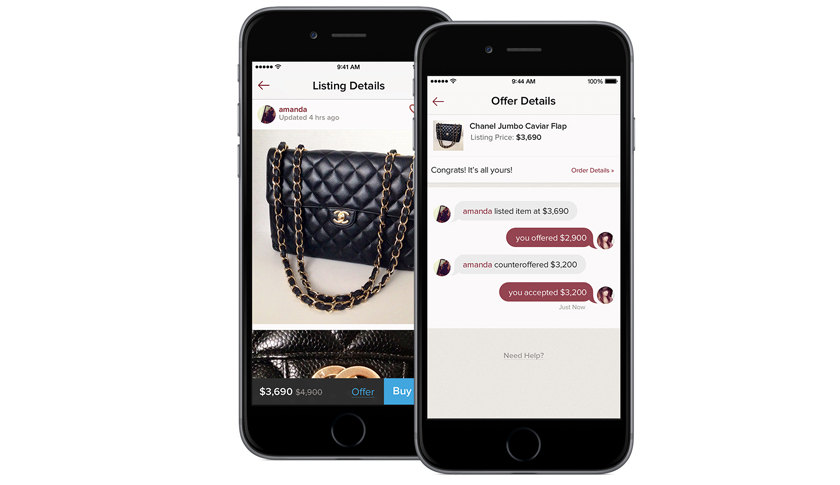 There are no shortage of places for women to sell their used clothing online. For awhile, it felt like a new secondhand marketplace launched every week. But over the last year, the field narrowed. The remaining players either focus on exclusively on high-end luxury consignment, like The RealReal, or on building thriving secondhand communities. Poshmark, headquartered in Menlo Park, Calif., has emerged as a major player in the latter group.

Today, Poshmark announced it has raised $25 million in new funding from its existing investors: Mayfield Fund, Menlo Ventures, Inventus Capital, and SoftTech VC. New investors Union Grove Venture Partners and Shea Ventures joined the round. The company, which also counts celebrities like fashion designer Rachel Zoe and actor Ashton Kutcher among its backers, has raised a total of $47.2 million in venture funding to date.

Bringing the world of secondhand shopping online is no easy task. As I wrote in 2012:

It’s hard to keep quality of the goods high, and it’s hard to get users to post polished, attractive photos of their goods. It’s hard to convince new populations of women to buy used clothing that they can’t see beforehand. (With so many shopping options on the Web, do shoppers really have the patience to wade through someone else’s closet?) And as with any marketplace, it’s hard to get all the dynamics—shipping, pricing, accurate listings, etc.—down perfectly.

Poshmark has proven it can get those elements right, processing “tens of thousands” of orders each day. Now with 700,000 sellers and 10 million listings from more than 5,000 fashion brands, the company continues to grow. It has had an advantage of being mobile-first, expanding to desktop in 2014. (Even still, desktop sales only account for 7% to 8% of total sales.) The average active user spends 25 minutes per day with Poshmark, opening the app seven to nine times per day, according to CEO and founder Manish Chandra. The company boasts 700,000 sellers in the U.S., which Chandra compares to Shopify, a marketplace which recently filed to go public, and has 162,000 merchants around the world.

Poshmark claims to sell roughly $17 million worth of goods on its platform each month, taking a 20% cut on sales. (Unlike other marketplace sites such as eBay (EBAY), Poshmark collects payments and handles the shipping for goods sold on its site, so it counts all sales as top-line revenue.)

Now, the company will use its new funding to sell more than just secondhand goods to its engaged community. Currently, one-fifth of Poshmark’s inventory is not secondhand. Power sellers, who think of themselves more like boutique owners and curators than as garage sale proprietors, are increasingly using the platform to sell goods they acquired wholesale. Poshmark plans to encourage this behavior, while also forming partnerships with major brands in order to sell more new goods directly to users on the platform.