IBM’s future is in the clouds. But for now, it’s more like a patch of fog 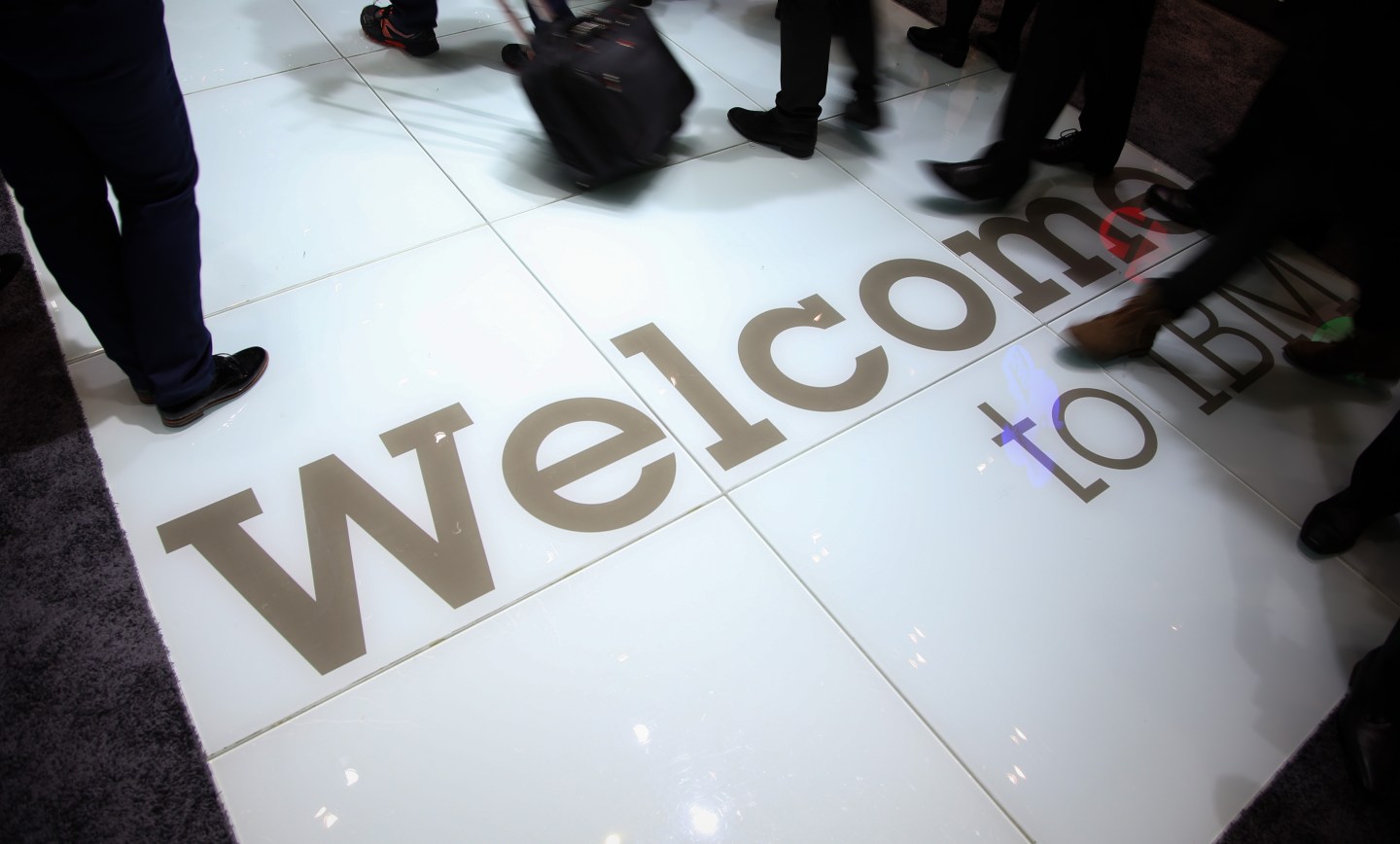 It’s no surprise that the centenarian technology company IBM is undergoing a bit of a pivot. The company’s once healthy computer hardware business is no longer the sales engine it used to be, exemplified by a big decline in that unit’s revenue in the latest lukewarm earnings report Monday.

IBM’s $1.7 billion in first quarter hardware sales represented a 22% drop from the same period a year earlier. Overall, the company had $19.6 billion in revenue, or 12% lower than a year ago — marking the twelfth consecutive quarter of falling sales.

So how are IBM executives spinning these numbers to show more optimism about the company’s financial future? In a call with investors Monday, they pointed to recent investments in new technologies that they believe will pay off down the road.

You may have heard of buzzwords like the Internet of Things, which refers to everything from home smoke detectors to locomotive engines being connected to the Internet. And another, data analytics, which refers to organizations crunching large amounts of information to get better insight into their business that can help them better understand sales, marketing and customer behavior.

These two emerging markets are areas that IBM is doubling down, said Martin Schroeter, the company’s chief financial officer. Over four years, it plans to invest $3 billion in its new Internet of Things business unit and an unknown amount more in a new service called IBM Watson Health for healthcare companies that want to analyze their data using IBM’s number-crunching Watson technology.

Both of these emerging markets are connected to IBM’s big push into selling cloud services for customers that want Big Blue to take care of their computing needs. In 2013, IBM gobbled up a cloud-services provider SoftLayer in a deal that media reports pegged at roughly $2 billion and has since assimilated it into its cloud services portfolio.

While IBM said it’s cloud business brought in $3.8 billion in the first quarter this year as opposed to the $2.3 billion in year-ago period, it’s still difficult to pin down just what that figure means since IBM did not lay out the specifics in its earnings statement. Some analysts believe that figure might include older software partnerships that IBM now counts as being part of its cloud business as a way to puff up its cloud revenue numbers.

Cloud computing is still a relatively nascent development for major companies, and many of these cloud rivals like Google (GOOGL) or Microsoft (MSFT) don’t detail just how they make money on the business in their filings. That’s why investors and analysts are so eager to get their hands on Amazon’s earnings report on Thursday, when the online retailer is expected to finally divulge more information about the financial performance of its Amazon Web Services cloud computing side-business.

For its part, IBM (IBM) only divulges that $3.8 billion figure for its cloud sales without giving any more precision. Is that money accounted for in the company’s of hardware or software revenue? No one really knows.

Even if that $3.8 billion figure were included in the software category, IBM said that unit’s quarterly sales declined 8% to $5.2 billion (or down 2% when adjusting for currency fluctuations). That’s not exactly skyrocketing growth.

So while it’s obvious that IBM is making inroads in new emerging technology, the company isn’t quite seeing the fruits of its labor just yet. It’s now a question of how long pushy investors are willing to wait.