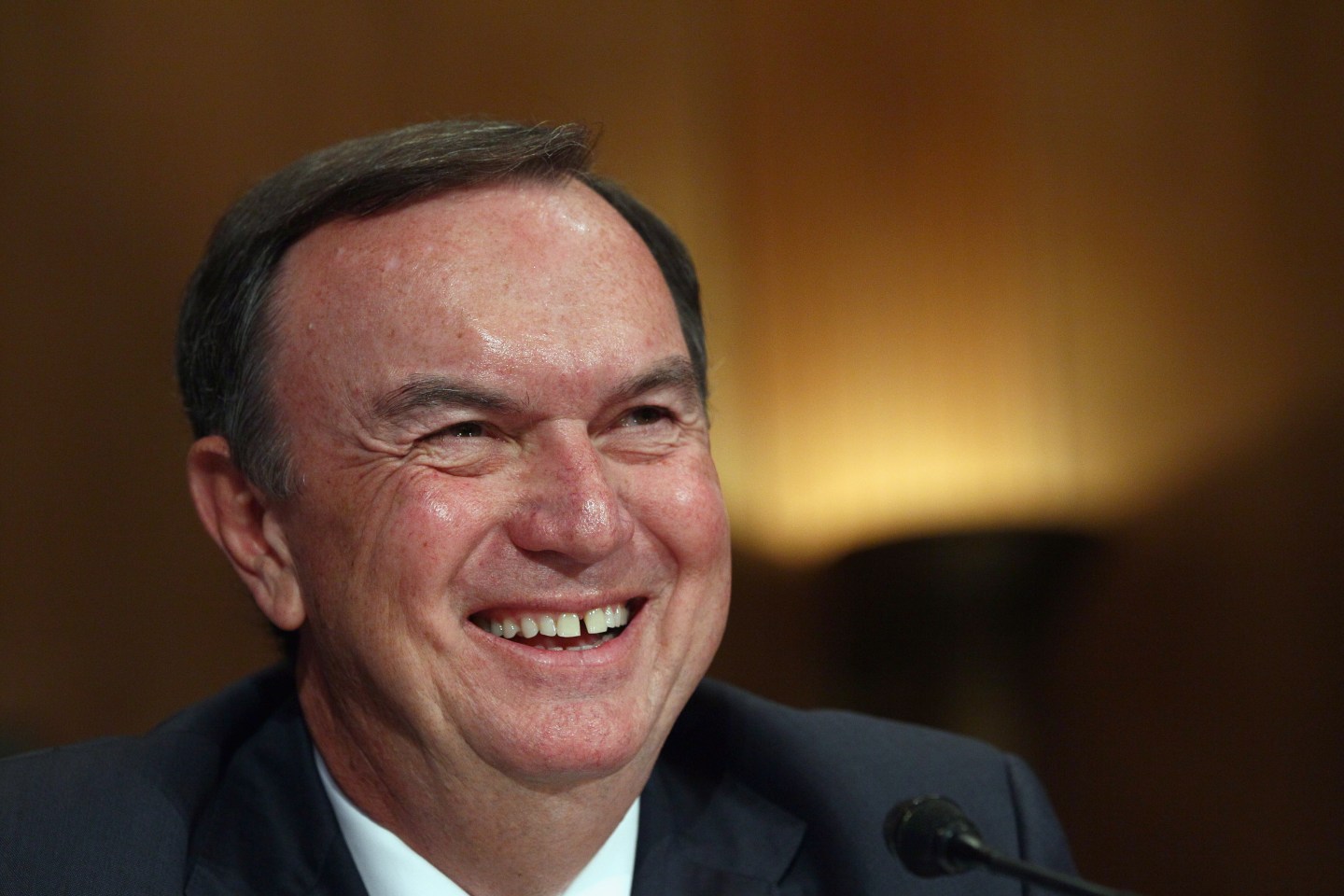 Former Wal-Mart Stores (WMT) CEO Mike Duke has found a new gig: he has joined Carlyle Group (CG) as an operating executive advising the private equity giant’s dealmakers in their investments in the consumer and retail industries.

Duke — who stepped down from Wal-Mart in February 2014 when current chief Doug McMillon took the reins — joins a stable of 25 big-name executives across a wide variety of sectors who advise Carlyle’s top brass as they make their investments. Such people often take jobs on the boards of companies Carlyle buys. Duke told Fortune in an interview, however, that he does not expect to become CEO of any of Carlyle’s portfolio companies.

Over the years, Carlyle has invested approximately $12 billion in 70 transactions in the consumer and retail space, including investments in Dunkin’ Brands (DNKN), Philosophy, a skincare brand Carlyle sold to Coty (COTY) in 2010 for a tidy profit, high-end parka maker Moncler, and Beats headphones.
Duke was Wal-Mart CEO from 2009 to 2014. On his watch, the discount retailer continued to expand internationally aggressively and roll out new smaller store formats in the United States. But Wal-Mart’s U.S. performance also slowed as the retailer’s lower-income customers struggled during the recession, and a bribery scandal around its Mexican expansion embroiled the company in controversy in 2012. For more details on Duke, please read Fortune’s 2010 profile.

Duke, who remains on Wal-Mart’s board, will essentially be a paid consultant for the firm. He’ll be free to continue his roles outside the company, including serving as a member of Wal-Mart’s board of directors.

The Wall Street Journal reported that Duke’s relationship with Carlyle co-founder and co-CEO David Rubenstein, with whom he is on the advisory board of the Tsinghua University School of Economics and Management in Beijing, is what led to his joining the firm.