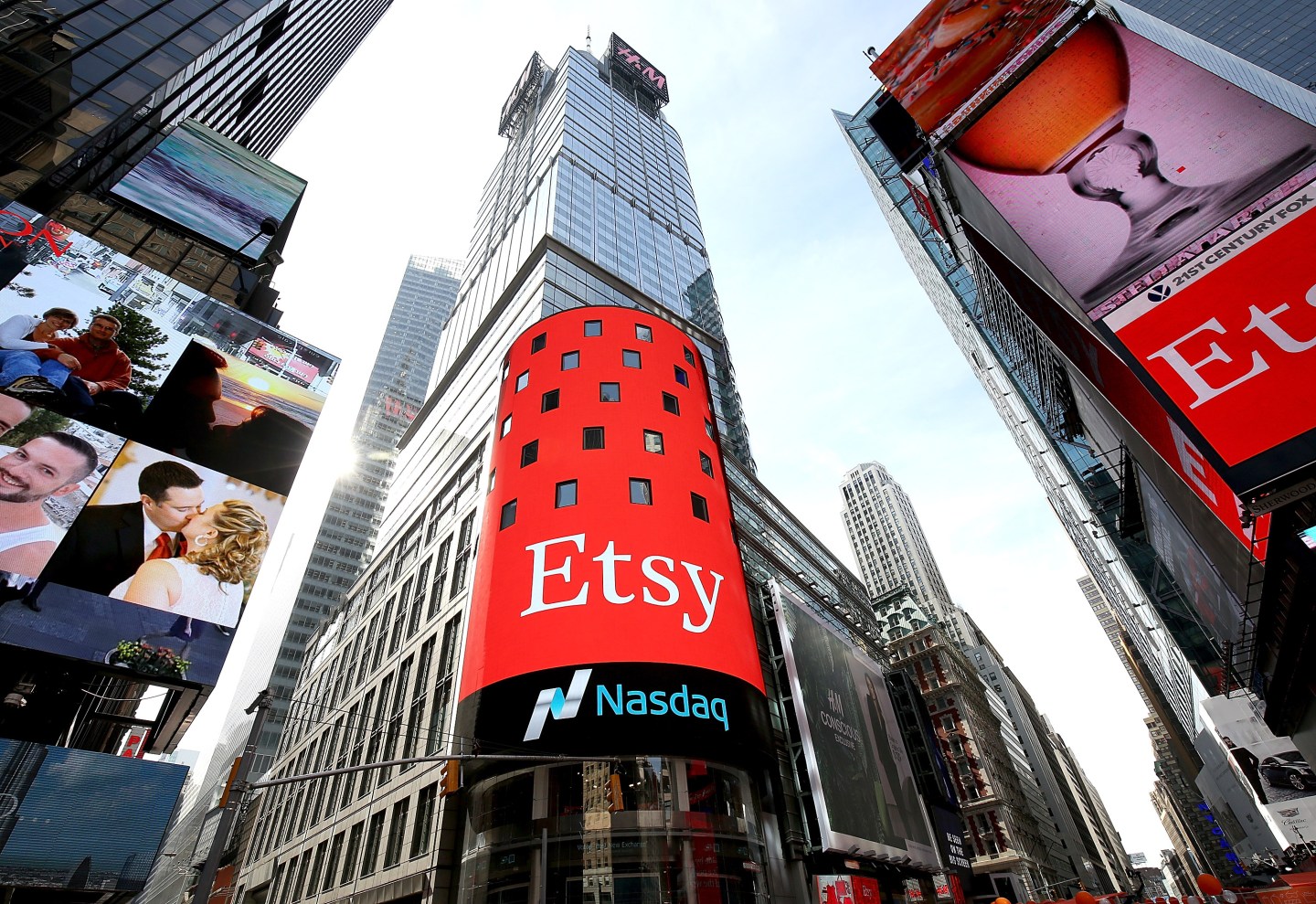 Who says there’s no more appetite for new retail-oriented stocks?

Party goods retailer Party City and online handcrafted goods and apparel marketplace Etsy each saw their shares soar in their stock market debuts on Thursday, superb performances that could buoy an IPO market that has been a bit slow so far this year.

Etsy went from a valuation of $1.8 billion to being valued at nearly $4 billion in a matter of minutes as shares jumped to $34.80 in early trading from their initial public offering price of $16, with investors clearly enticed by the prospects of a company where revenue rose 56% last year to $196 million. Etsy shares closed their first day up 88%.

Investors were apparently undeterred by the fact that Etsy is now the largest publicly listed certified socially-responsible company, or B Corporation — a certification that requires the company to meet rigorous standards of social and environmental performance, accountability and transparency — or that it has posted net losses for the last three years. (Etsy, which according to one theory stands for ‘Easy to Sell Yourself’, said as much in its IPO prospectus, noting “We have a history of operating losses and we may not achieve or maintain profitability in the future.”)

But the fact remains that the 10-year old Brooklyn company is a hot growth story right now. And after the quietest quarter for IPOs in two years, with precious few new tech stocks to choose from, according to Renaissance Capital, it’s not surprising the company attracted investors.

As for Party City, its shares rose 21.8% giving it a market value of about $2.4 billion, almost as much as what a consortium led by private equity firm THL paid for it ($2.69 billion) three years ago. As a mature company, Party City’s growth trajectory is more modest than Etsy’s: sales rose 11% to $2.27 billion in 2014. But it is at least profitable. And apparently one of its biggest risk factors is relatively minor: possible helium shortages.

THL, which along with other owners has taken dividends from Party City, still has the opportunity to make tons more off the investment: the buyout shop’s stake will have dropped to 54.6% from 69.3%, if the underwriters exercise their full option.

A third high-profile company also made its stock market debut Thursday, but similarly strong results. Virtu Financial (VIRT), a firm that has been at the center of controversy around high-frequency stock trading, finally listed shares on a stock exchange after a one-year delay, its patience rewarded with a 17% jump. Virtu had tried to go public a year ago, but shelved those plans after an uproar caused by a best-selling Michael Lewis book that said HFT firms rigged the markets to the disadvantage of everyday investors. Virtu’s IPO priced on Wednesday at the high end of the price estimate range, and it has been consistently profitable since early 2008, something that should keep investors interested.

This story has been updated with closing stock moves.