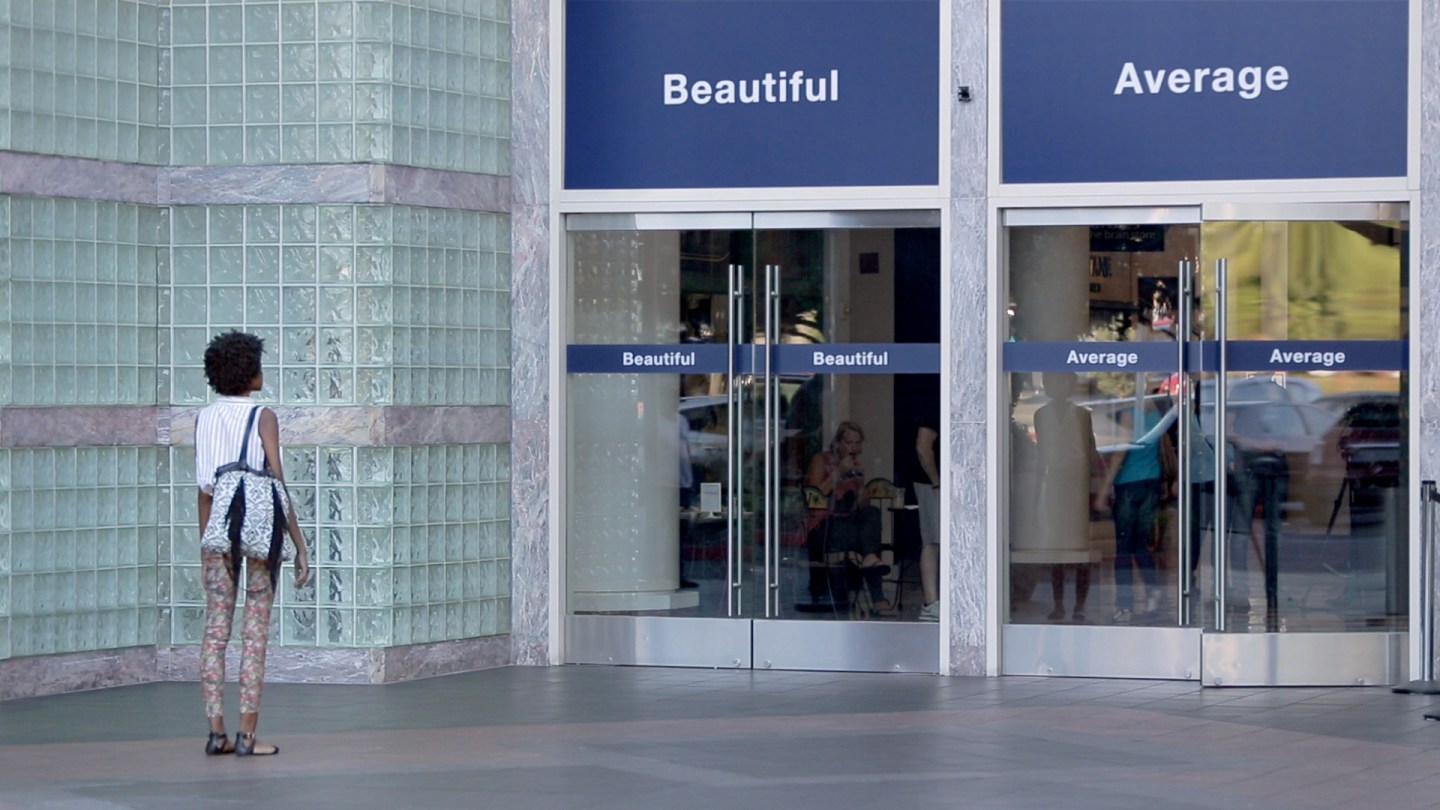 Dove’s latest ad campaign calls for women around the world to renounce the media’s narrow, unattainable standards of beauty and replace them with a message of female empowerment.

So why are so many women so upset?

Kat Gordon, founder of the 3% Conference, which advocates more female leadership in advertising, called the “Choose Beautiful” campaign, released last week, “heavy-handed and manipulative,” while Jean Kilborne, the filmmaker behind Killing Us Softly: Advertising’s Image of Women, termed it “very patronizing.” Dove, The Guardian says, “has mastered the art of passing off somewhat passive-aggressive and patronising advertising as super-empowering, ultra PR-able social commentary.”

The new campaign centers around a nearly four-minute video showing women in five global cities being offered the option to enter a building through either of two doors: one labeled “beautiful,” the other “average.” Most women walk through the “average” door. But soon, amid swelling keyboards, their gaits grow more confident and their faces glow as a procession of them—the beaming woman with her daughter, the young woman in a wheelchair—warm to the inspiring possibilities for those who #ChooseBeautiful.

“It’s quite a triumphant feeling,” one woman says. “It’s like telling the world, ‘I think I’m beautiful.’”

Put aside the cinematics and girl-power uplift, and there are questions: What exactly made the women switch doors? Might it feel a bit immodest to tell the world, “I think I’m beautiful”? Why only beautiful or average—how about fetching or charming or magnetic? How is a beauty bar or body wash empowering? And what about men? Don’t they get a door?

“Choose Beautiful” is the latest iteration of Dove’s polarizing yet phenomenally successful “Movement for Self-Esteem” (called “Campaign for Real Beauty” until 2010). In 10 years, it has reportedly helped boost Dove sales from $2.5 billion to $4 billion. Ad Age has named it the best advertising campaign of the 21st century. Previous ads in the series include the 2005 “Tested on Real Curves” photos of non-models in white underwear and the 2013 “Real Beauty Sketches” video, by some counts the most viral ad ever.

Already, “Choose Beautiful” has reached more than 5 million viewers on YouTube, and the search term “Dove ‘choose beautiful’” yields more than a million entries on Google. Hundreds of media outlets have covered the video, some gushingly and credulously (Yahoo News said it “proves beauty is a choice”), though there are plenty of skeptics.

Comments on Buzzfeed reflected the Internet’s schizoid reaction. (The site posted, then removed, and then reposted a piece about the campaign though not, the editor says, because Dove or other Unilever brands have advertised on his site. “NOT EVERYONE IS BEAUTIFUL AND THAT IS PERFECTLY OKAY,” one commenter wrote. Another countered: “I find it odd that people disapprove of an ad whose whole purpose was to get women to all realize that they were beautiful.”

The video’s two-doors dilemma sprang from a 2004 Dove study called “The Truth About Beauty,” updated in 2011, that found that “only 4% of women around the world consider themselves beautiful”; most say they’re “average.” Its lead author was Nancy Etcoff, a Harvard evolutionary psychologist and the author of Survival of the Prettiest: The Science of Beauty. (Etcoff has also consulted for cosmetics brands sold by Procter & Gamble, an arch-competitor of Unilever, finding that women who wear makeup are perceived as more likable, competent, and trustworthy than those who don’t—a result somewhat dissonant with Dove’s emphasis on how a woman sees herself rather than on how others see her.)

Etcoff appears on the “Choose Beautiful” Tumblr hub promoting mindfulness, a topic that seems slightly off-message, but her presence, along with the 4 percent figure, gives the campaign a scientific gloss. Unlike Etcoff’s work for Harvard, however, the study underpinning Dove’s message is not academic research; it’s market research, conducted by a division of Edelman, Dove’s PR firm.

Similarly, for the “Choose Beautiful” video, Dove did not perform an actual social experiment involving two doors. Nor did it make a documentary. And its well-credentialed advisory board and impressive partnerships not withstanding, Dove’s Movement for Self-Esteem is not a movement. It’s also arguable whether Dove’s campaign is rooted in science. For while it may be true that only 4 percent of women think they’re beautiful, the research also found that 71 percent women are satisfied with their beauty.

Dove didn’t choose to highlight that heartening statistic. Rather than #ChooseBeautiful, it went the other way. Meanwhile, Buzzfeed’s beauty editor resigned in apparent protest, ensuring another wave of articles about Dove’s latest campaign. Despite all of the controversy around this campaign—and partly because of it, and the attention it’s drawn—empowerment marketing has worked amazing well for Dove. This campaign is no exception.

Susan Chumsky is a writer and editor in New York City. Her last story for Fortune was about a literary agent who has made bestsellers out of cat photos.