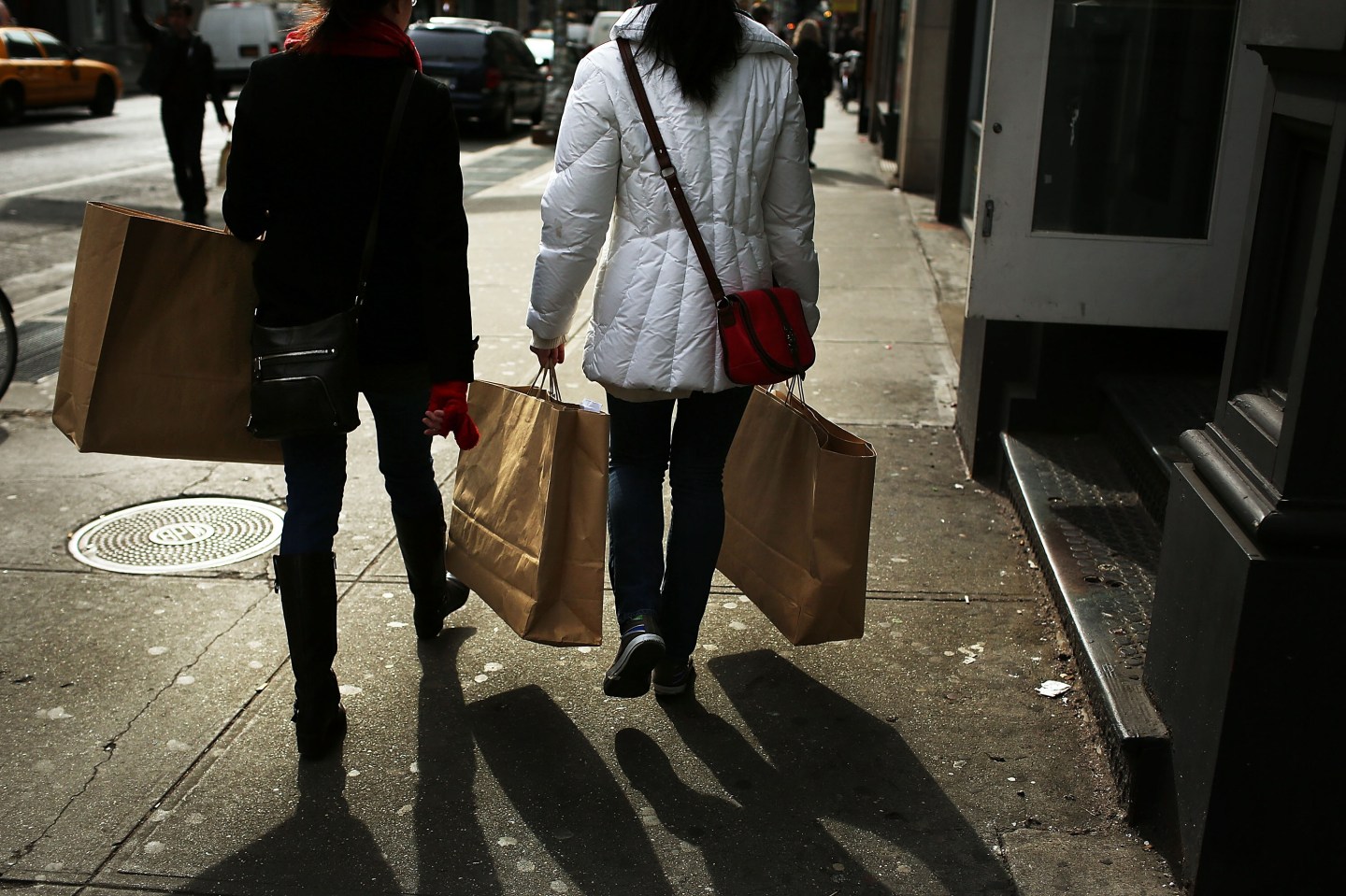 Retail sales surged in March, up 0.9% from February, according to a report from the Department of Commerce.

That’s the largest month-over-month increase in a year, and it follows three consecutive months of declining sales, the longest such streak since the recession. Yet the market is shrugging off the news, with the S&P 500 roughly flat at midday.

Why hasn’t the market cheered this data? Well, for one, economists had been explaining away weak sales on unusually cold weather in much of the country, which had largely dissipated by last month. That’s why the consensus estimate was that retail sales would surge even more: 1.1% month-over-month. Meanwhile, revisions of sales in January and February were revised downwards, giving further evidence that GDP growth in the first quarter of 2015 will be a big disappointment.

In addition, if you look at the year-over-year change in sales rather than the month-over-month picture, you see a worrying trend. The following chart from Jim Bianco of Bianco Research shows just this:

As you can see, the year-over-year trend has been on the decline for some time now, despite a collapse in gas prices that has been going on for months now and should be supporting consumer spending.

Bianco points to the bond market as further evidence that these retail sales numbers are no good. He shares the following chart, which shows the implied yield shown by the fed funds futures markets falling after the release of the retail sales report:

Referring to the Federal Reserve’s interest rate policy, Bianco writes, “This market has once again priced out an [interest rate] hike in 2015. The market thinks this number was disappointing and moves a data dependent Fed further away from a hike.”

Not every analyst, however, was as down on today’s numbers as Bianco. Jim O’Sullivan of High Frequency Economics remains convinced that weakness in the data in the first quarter of 2015 is just a blip in what will otherwise be a relatively strong year for retail sales and overall growth. He argues that other data, like income and wealth growth, consumer confidence, and job gains “points to a much better trend than implied” by the economic data we’ve seen so far this year.