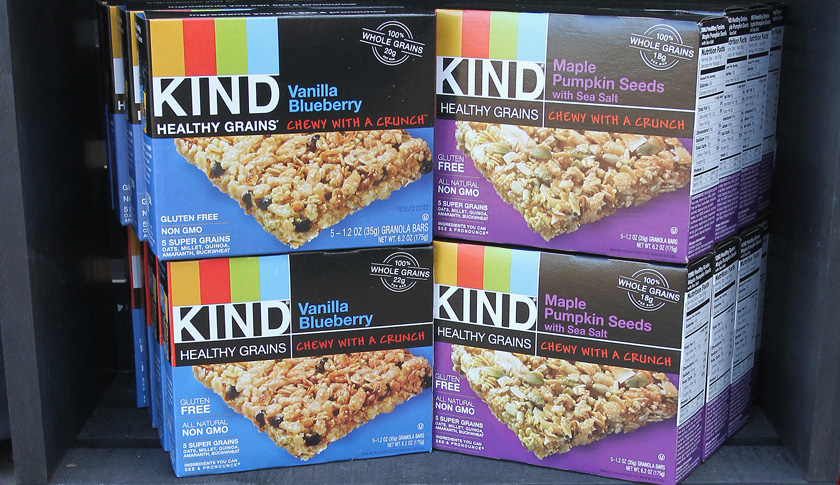 Kind Bars may not be so kind after all.

The Food and Drug Administration has sent a letter to the maker of the snacks saying the company must remove the term “healthy” from its labels.

Bloomberg reported Tuesday that regulators found that the company’s products contain too much saturated fat. According to the Bloomberg article:

‘Your products do not meet the requirements for use of the nutrient content claim ‘healthy’ on a food label,’ William Correll, director of the Center for Food Safety and Applied Nutrition, said in the letter, dated March 17 and released publicly on Tuesday. ‘You should take prompt action to correct the violations.’

The Fruit & Almond & Apricot, Fruit & Nut Almond & Coconut, Plus Peanut Butter Dark Chocolate + Protein, and Fruit & Nut Dark Chocolate Cherry Cashew products, all have over 3 grams of saturated fat. The FDA states that a product must have less than 1 gram of fat to be labeled “healthy.”

In a statement, Kind said it’s working to comply with the FDA’s standards: “Our team at Kind is fully committed to working alongside the FDA, and we’re moving quickly to comply with its request,” the company said. “We’re also taking it upon ourselves to conduct a thorough review of all of our snack food labels and website information to ensure that they’re compliant.”

The FDA’s warning comes as Kind has seen a sales boom recently. As Bloomberg reported:

‘Kind has seen its sales surge in recent years as Americans have moved toward savory snacks and demanded better ingredients. Kind products are now in 150,000 retail stores in the U.S. The company sold 458 million units in 2014, more than tripling over the last two years, according to Daniel Lubetzky, the company’s chief executive officer.’