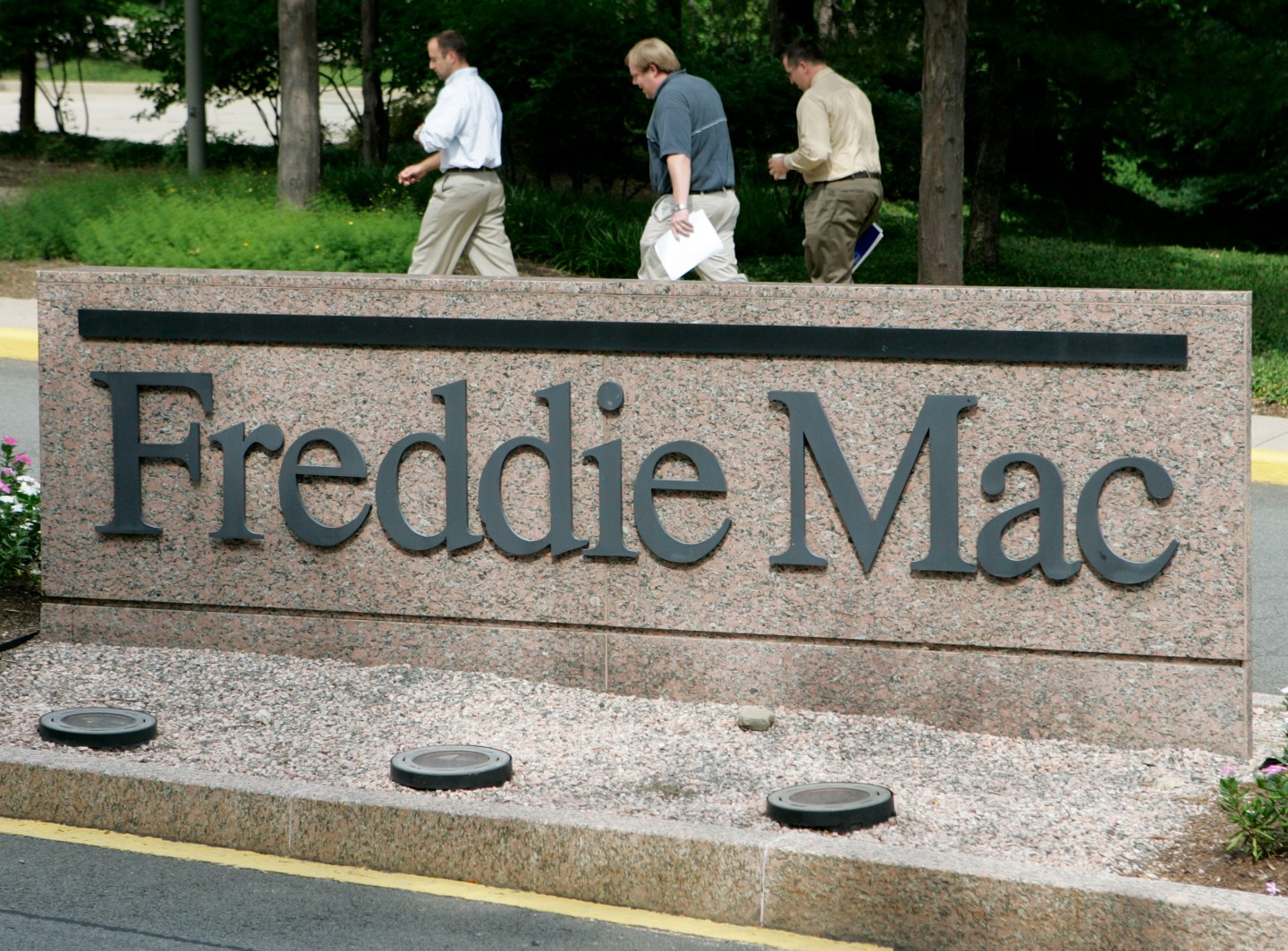 The corporate logo for Freddie Mac is seen at its headquarters building in McLean, Virginia, July 23, 2008. U.S. stocks rose on Wednesday as financial shares climbed on hopes lawmakers will approve a rescue plan for mortgage finance companies Fannie Mae and Freddie Mac and as the price of oil fell. REUTERS/Larry Downing (UNITED STATES) - RTR20GUD
Photograph by Larry Downing — Reuters

Former Freddie Mac Chief Executive Officer Richard Syron and two other executives have agreed to settle a lawsuit by the U.S. Securities and Exchange Commission accusing them of misleading investors ahead of the 2008 financial crisis.

The accord, disclosed in a Tuesday filing with federal court in Manhattan, resolves one of the most prominent enforcement actions to spill out of the crisis.

The settlement was unusual, allowing the three executives to continue to deny wrongdoing. Lawyers for the defendants called the terms favorable.

The agreement, approved by U.S. District Judge Richard Sullivan, came as witness depositions were about to end.

Like other regulators, the SEC has been criticized for not holding enough top executives liable for activities leading up to the financial crisis and mortgage meltdown.

Freddie Mac lost more than $85 billion from 2008 to 2010, including more than $50 billion in 2008 alone. The mortgage financier and its rival, Fannie Mae, were put into a conservatorship by the federal government in 2008.

Their lawyers said insurance would cover the payments, which were characterized not as penalties but donations to an unrelated settlement fund involving Freddie Mac from 2007.

The deal effectively bans Syron, Cook and Bisenius from serving as CEOs or chief financial officers for 12 months to 24 months by barring them from signing forms associated with those roles.

Andrew Ceresney, the SEC’s enforcement director, said the “settlement’s limitations on future activities and financial payments reflect an appropriate resolution of the matter.”

Syron said he was “relieved and gratified” by the deal, and Bisenius said the agreement “vindicates me completely.”

Steven Salky, Cook’s lawyer, said his client was “extremely pleased” with the deal.

Syron, Cook and Bisenius were sued by the SEC in 2011, as the agency launched a similar lawsuit against three ex-Fannie Mae executives, including former CEO Daniel Mudd.

The SEC said from May 2007 to August 2008, Syron, Cook and Bisenius misled investors into believing Freddie Mac had far less exposure to subprime mortgages than actually existed.

While Freddie Mac disclosed it had $2 billion to $6 billion in subprime loans on its books, the SEC said the actual exposure was $141 billion and grew to $244 billion by June 2008.