Should there be a ‘No Child Left Behind’ for U.S. universities? 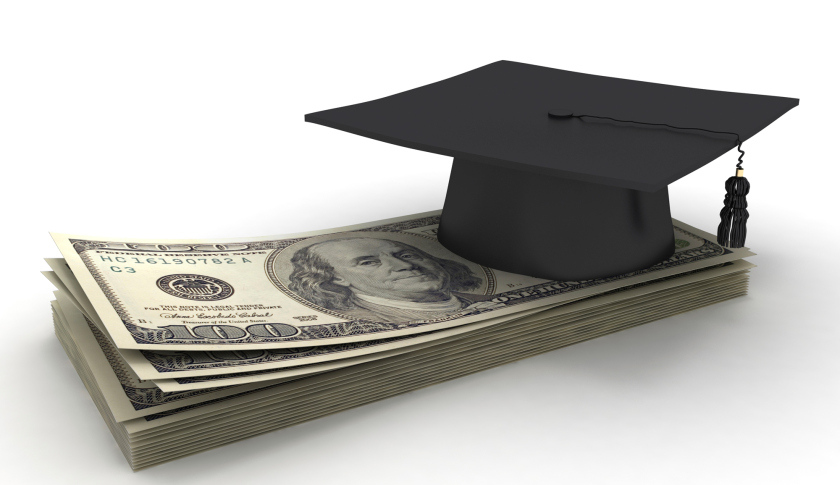 With students at Corinthian Colleges recently making national news for going on strike and refusing to pay their college loans, it’s an opportune time to re-examine the relationship between the costs of higher education, what students get in return and whether these institutions have any accountability to their charges and the taxpayers who often end up footing the bill.

These students are hardly alone: there are 40 million Americans with loans and their debt burden is over $1.3 trillion. The average graduate is now leaving school with nearly $29,000 in education loans. While college remains a good investment on average, especially for those who actually earn degrees, the results are less positive for many students, especially the poor. While we now send many more people to college in America, their education and employment outcomes are often disappointing.

Most low-income youths (and also adults) who enroll go to community or lower-tier four-year colleges, as well as for-profit schools like Corinthian, which is now out of business. With low completion rates, large numbers entering remedial (or “developmental”) education from which few successfully emerge, and many earning generic degrees in areas like “general studies” that have very little labor market value, many should question the value of the experience.

The less competitive but under-resourced public colleges (relative to the flagship or higher-tier schools in any state) also have few incentives to improve the labor market value of the education they offer or their graduation rates.

Unfortunately, public colleges get subsidies from their states based only on student “seat time” – regardless of whether students complete their programs or get good jobs afterwards. Since expanding classroom capacity in some high-demand and well-rewarded fields – like technician jobs in health care and other fields – often require expensive equipment and adjunct faculty, the public schools (especially if their resources are tight) have little incentive to do so, despite strong unmet student demand.

It seems like an appropriate policy response would be to provide extra resources for these colleges – targeted them firmly on exactly what is needed to improve outcomes – but also to create the incentives that are now sorely lacking. States could tie their subsidies to public colleges at least partly on the educational and employment outcomes of their students (like credits attained, degrees completed, and earnings over the next 5 years among students not further enrolled). In addition, they could reward public colleges that enroll many disadvantaged students with additional resources, since those are the students who could truly move up the economic ladder with higher quality schooling. However, those extra resources would only be allowed to be spent on expanding teaching capacity in high-demand (or well-compensated) fields, or on effective support services for students like career counseling, student “coaching” or reforms in remediation.

The federal government could encourage more accountability in the public system of higher education, much as it has done in the K-12 system. In addition to the No Child Left Behind polices started by President Bush, the Obama administration implemented its “Race to the Top” program, in which states received sizable bonuses for education if they implemented test-based accountability along with other reforms. The administration had originally proposed doing the same with higher education, through its American Graduation Initiative (AGI) proposed in 2009, though AGI was mostly not funded or implemented (except for some smaller grants given out by the Departments of Education and Labor that were not tied to major statewide reforms).

In fact, many states are already starting to use measures of accountability in handing out their higher education subsidies. Right now, about half of all states use some type of “performance-based subsidies” for higher education – but the sums remain small and are primarily limited to educational (as opposed to earnings) outcomes. The feds could add their own carrots and sticks: if states want big federal dollars, they need to expand the use of accountability and add earnings outcomes to their measures of success.

The data needed for such accountability already exist: there are administrative databases for public college students which contain courses and grades, credit attainment, and degree completion for every student, which could be linked to quarterly earnings data that all states collect through their Unemployment Insurance programs. Many states are already making these data available for students to make more informed choices about where to go and what to study (and for researchers in some states). Using them for accountability is starting to occur as well, though states would have to address some data limitations when considering earnings (like the fact that some public college students leave their states for work after finishing school).

States would also have to guard against certain negative consequences that could arise – such as the incentives for colleges to improve their student outcomes by “cream-skimming,” or only admitting students who are at very low risk of having trouble performing well in college and in their jobs. But these perverse incentives can be avoided by carefully structuring the accountability schemes. For instance, states can choose to reward colleges whose students improve on their K-12 performance in grades and test scores (thus generating what researchers call “value-added” measures for educational performance); or they can put a lot of weight on later employment outcomes for disadvantaged students and not just the population as a whole.

Before going full-bore at the federal level, it’s important to move slowly to ensure that these accountability schemes and the extra resources they would come with, actually work. States should thus move cautiously, and in different ways, while we carefully evaluate the impacts of these new policies on outcomes.

But focusing on effective ways to improve college outcomes, including for the disadvantaged, seems both sensible and compassionate, and perhaps something both parties could agree on.

Harry J. Holzer is a professor of Public Policy at Georgetown University and a Visiting Fellow in Economic Studies at the Brookings Institution.