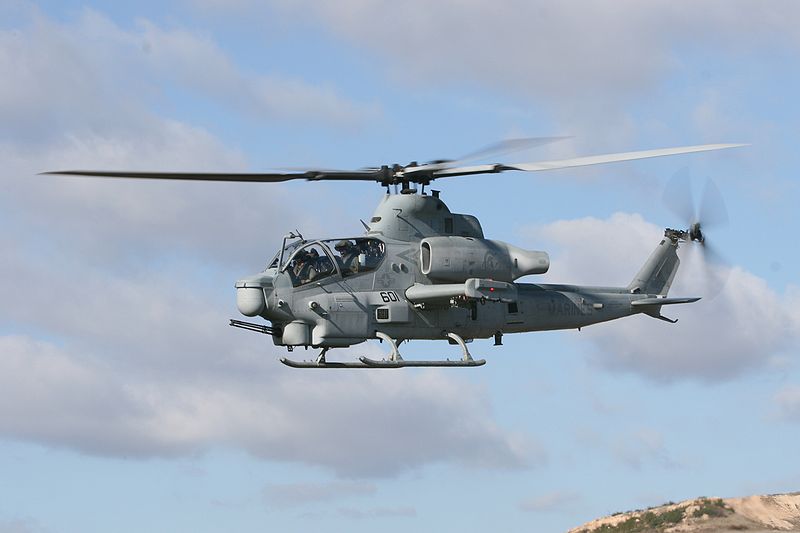 The first quarter of 2015 hasn’t offered much in the way of relief to those hoping a new calendar year might provide some respite from the upheaval that characterized 2014. But with armed conflicts in Eastern Europe, the Middle East, and both west and east Africa continuing to pull new actors into the fray, U.S. defense contractors are facing increased demand for high-tech military hardware as foreign buyers look to shore up defenses or augment forces intervening in Iraq, Syria, Yemen, and beyond.

In March, year-over-year foreign sales of U.S. military hardware grew significantly over the same month a year ago, led by a $1 billion Dutch order for 17 Boeing-built CH-47F helicopters. It’s one of four deals announced to Congress last month, an uptick compared to the single deal (valued at approximately $100 million) made in March 2014. Kicking off April with a bang, the U.S. Department of Defense this week green-lit a deal supplying Pakistan with 15 attack helicopters and 1,000 Hellfire missiles—as well as supporting systems—valued at $952 million.

And with conflicts simmering if not escalating in parts of Europe, Africa, and across the Middle East, the global appetite for weaponry will likely remain strong throughout 2015, analysts say. Of particular interest: precision munitions and high-tech systems that can impart a technological edge over less-sophisticated insurgent forces like the Islamic State or Houthi rebels currently advancing across Yemen.

“Given the current state of conflict and/or tension in key regions (Middle East, Europe and Asia), we expect U.S. foreign military sales should continue to be strong throughout the year,” Roman Schweizer, a defense industry analysts for Guggenheim Securities, wrote in a note to investors this week. “In addition to major acquisition programs in the sales pipeline, we believe there will be new opportunities to replace precision munitions among NATO and Middle East countries participating in air strikes against the Islamic State in Syria and Iraq.”

“We also expect eastern NATO countries will increase procurements in the wake of continued Russian activity in Ukraine,” Schweizer continues. If decisions coming down from defense ministries in Poland and Germany are any indication, he’s right. This month, Poland will select a new air defense system from two competing bids by Raytheon (RTN), the American maker of the Patriot missile, and a collaboration between European arms maker MBDA and France’s Thales. Germany meanwhile will hand down a decision on an upgrade to its own missile defense system, which could impact Raytheon or Lockheed Martin (LMT) depending on how the details shake out.

Elsewhere, countries like Saudi Arabia—long a buyer of U.S. military hardware—will at some point need to replenish stockpiles of ordnance currently falling from skies over Yemen. Iraq is currently trying to buy hundreds of up-armored Humvees, thousands of M1 Abrams tanks (made by General Dynamics), and 2,000 guided rockets knows as Advanced Precision Kill Weapons Systems (made by Britain’s BAE Systems) to aid in its fight against Isis.

As for the pending deal with Pakistan, which still needs Congressional approval, Textron subsidiary Bell would provide 15 AH-1Z Viper attack helicopters alongside 1,000 Lockheed Martin-built precision guided Hellfire missiles, and various other hardware totaling nearly $1 billion. In that deal, both Boeing (BA) and General Electric Aviation (GE) have a hand.