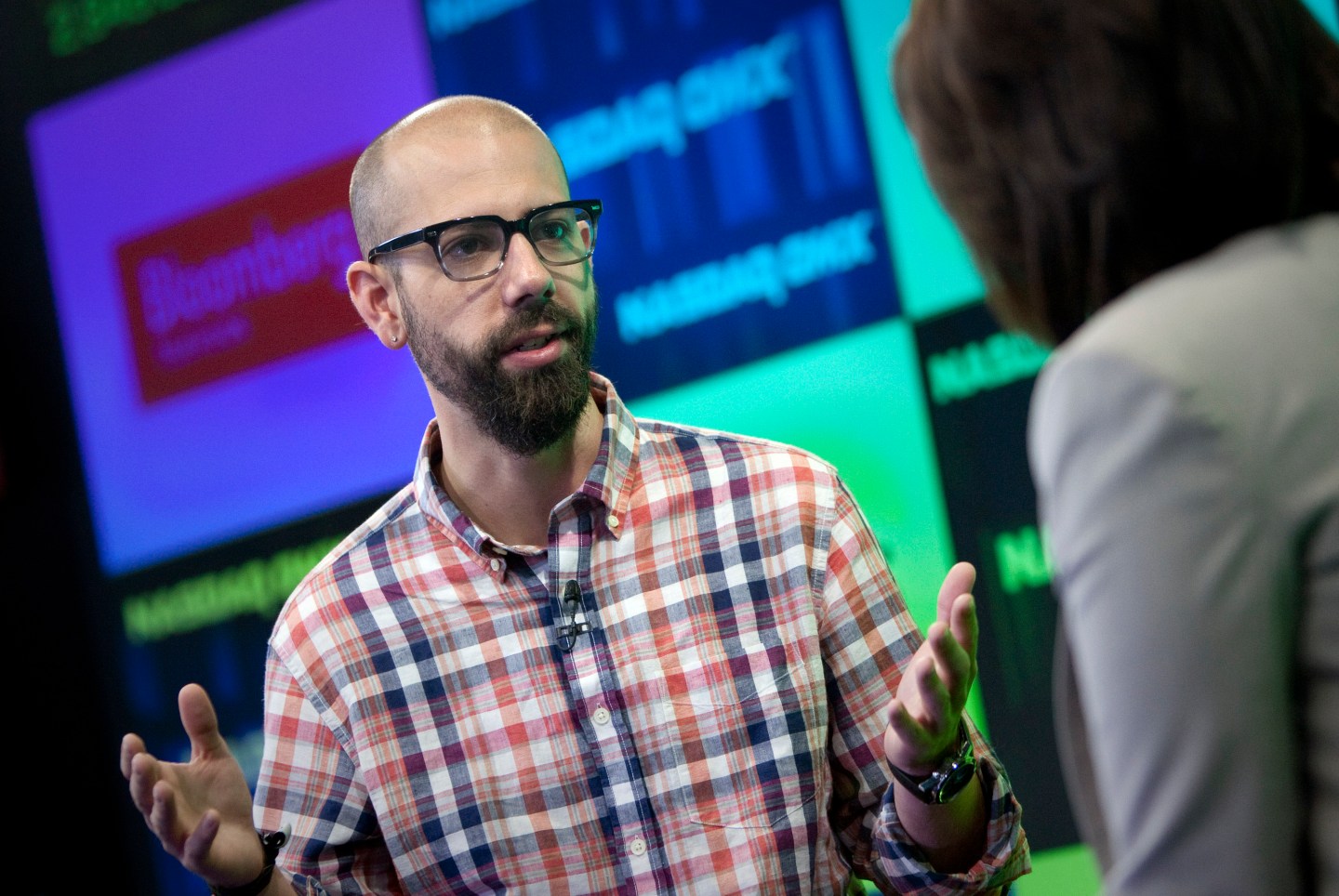 The payment network Dwolla has launched “the most important partnership we’ve had to date.”

That’s how founder and CEO Ben Milne describes his company’s new deal with BBVA Compass, a subsidiary of BBVA Group. While the parent company is headquartered in Spain, BBVA Compass is based in Birmingham, Al., and is one of the 25 biggest commercial banks in the U.S. by deposit market share. Beginning on Wednesday, BBVA Compass customers can send and receive money instantly over Dwolla’s payment network. (The feature uses FiSync, which is Dwolla’s secure payments protocol specific to financial institutions.) The partnership was first announced last October, when BBVA Compass opened up its network to Dwolla, but it took until today for the planned capability to become reality.

The idea of real-time payments is exactly what it sounds like: money sent from one party to another is accessible to the recipient instantly, as though it was handed off in person, without the standard three- or four-day processing delay of the Automated Clearing House, and without the usual fees. (Dwolla charges no fee for transactions below $10, and 25 cents if it’s above that.) The new partnership makes BBVA Compass the largest financial institution to use Dwolla.

Dwolla launched in 2010, but it has taken many years to roll out some of its products due to regulatory headaches, Milne says. The company is headquartered in Des Moines, Iowa, with 20 of its 75 employees based in Silicon Valley.

BBVA Compass, meanwhile, is the result of a series of acquisitions by BBVA, including Laredo National Bank, Texas State Bank, State National Bank, and the $9.1 billion acquisition of Compass Bancshares in 2007. It is Spain’s second-largest bank, and its U.S. operations are largest in Texas, where it has 341 of its 672 branches and 58% of its U.S. deposits. BBVA’s digital ambitions are no mere talk: in 2011 it opened BBVA Ventures, a tech center in Silicon Valley, and in 2013 pledged to invest $100 million in fintech startups. It has aggressively ramped up tech partnerships and investments (like its 2012 investment in Ribbit Capital) and made acquisitions, like purchasing the banking startup Simple for $117 million last year. In 2014, BBVA Compass had $2.9 billion in revenue.

For Dwolla, this collaboration is big news, and the first sign that traditional banking giants could partner up and adopt its platform, rather than seek to duplicate it on their own. For BBVA Compass, it’s a way to offer its clients a new service, but also get good optics and look like a nimble innovator among peers that are often docked for being big and slow.

“Companies in Silicon Valley have been coming to us for three years saying, ‘We understand Dwolla, we understand real-time, we want access to FiSync, how can we get it,'” says Milne. “Now we can finally say, ‘It’s ready. Go to BBVA Compass, they’ve got it.’ I also think this will create a standard that other people can look at, including even the Fed, which is trying to create a real-time infrastructure in the next five to 10 years.”

The partnership with Dwolla came out of an initial connection made, unsurprisingly, at the South By Southwest festival two years ago. And it has involved everyone from BBVA Compass’s chief executive to its BBVA Ventures team in San Francisco. “We feel like in order to be successful as a bank, we need to be a successful digital bank,” says Chad Ballard, the bank’s director of mobility and new business technology. “We are trying to be digital-first in everything we do. We’ve gone through a major overhaul of our digital technologies, and when you look at the technology expansion in banking, and where BBVA is in that transformation, I think we’re a leader, ahead of a lot of the big financial institutions.”

Dwolla has peers and competitors in established payment networks like Square, as well as in digital currency startups. One of the main appeals of bitcoin, for example, is that it can be sent between two parties instantly, securely, anonymously, and with negligible fees. “Over time,” Milne says, “we see Dwolla as a network belonging right besides Visa and Mastercard, and things like Square and PayPal and Google Checkout. Visa and Mastercard already offer the luxury of speed, but you suffer the cost. Now you can have the speed, without the cost of the infrastructure.” As for cryptocurrencies like bitcoin, he predicts that eventually, payment networks won’t distinguish between them: “The way we perceive all virtual currency is that by its nature, it is now simply currency. But our focus should remain on the largest underserved market in the world for real-time, and that’s the U.S. dollar.”

Does this partnership solve any urgent need for most banking customers? The average consumer likely isn’t complaining much about the delay in sending funds. But Milne cites a wide range of use cases, from a company needing to pay all of its contractors at once, to a tenant sending the rent check and not eager or able to have to send the money a few days in advance, to a parent sending emergency money to a child in another state. He uses what he calls the “grandma scenario.” Milne says that if he were explaining real-time payments to his grandmother, he would say, “This is probably not relevant to you right now, but when something pops up and you need me to send you $1,000 right away, I can, and it won’t take three days.”

If you are not a BBVA customer, you can still use Dwolla to send payments, but you would need to deposit money directly into a Dwolla account, as opposed to the process being seamless for customers of BBVA or Dwolla’s other future banking partners.

Milne also has hopes that developers will continue to build on top of Dwolla’s open network to create point-of-sale applications, which will raise acceptance by merchants. “Over time,” he says, “I think we’ll see developers building applications that allow you to pay with things like Dwolla, or bitcoin, or anything else, at locations that want to get paid in whatever way the customer wants to pay.”

BBVA is hoping this partnership will make it a leader for other banks to follow. “I think bringing real-time payments to the U.S. is a badly needed thing,” says BBVA Compass chairman and CEO Manolo Sanchez. “So who are the players that could develop this? Some players could have done this and it hasn’t happened. Banks have been a bit of a laggard. Our bank wants to be a partner to disruptors that can use our rails and our infrastructure. If you want to take advantage of the disruption that’s happening in financial services by nontraditional bank companies, you have to be willing to work with them.”