DJI is about to sell a whole lot more drones 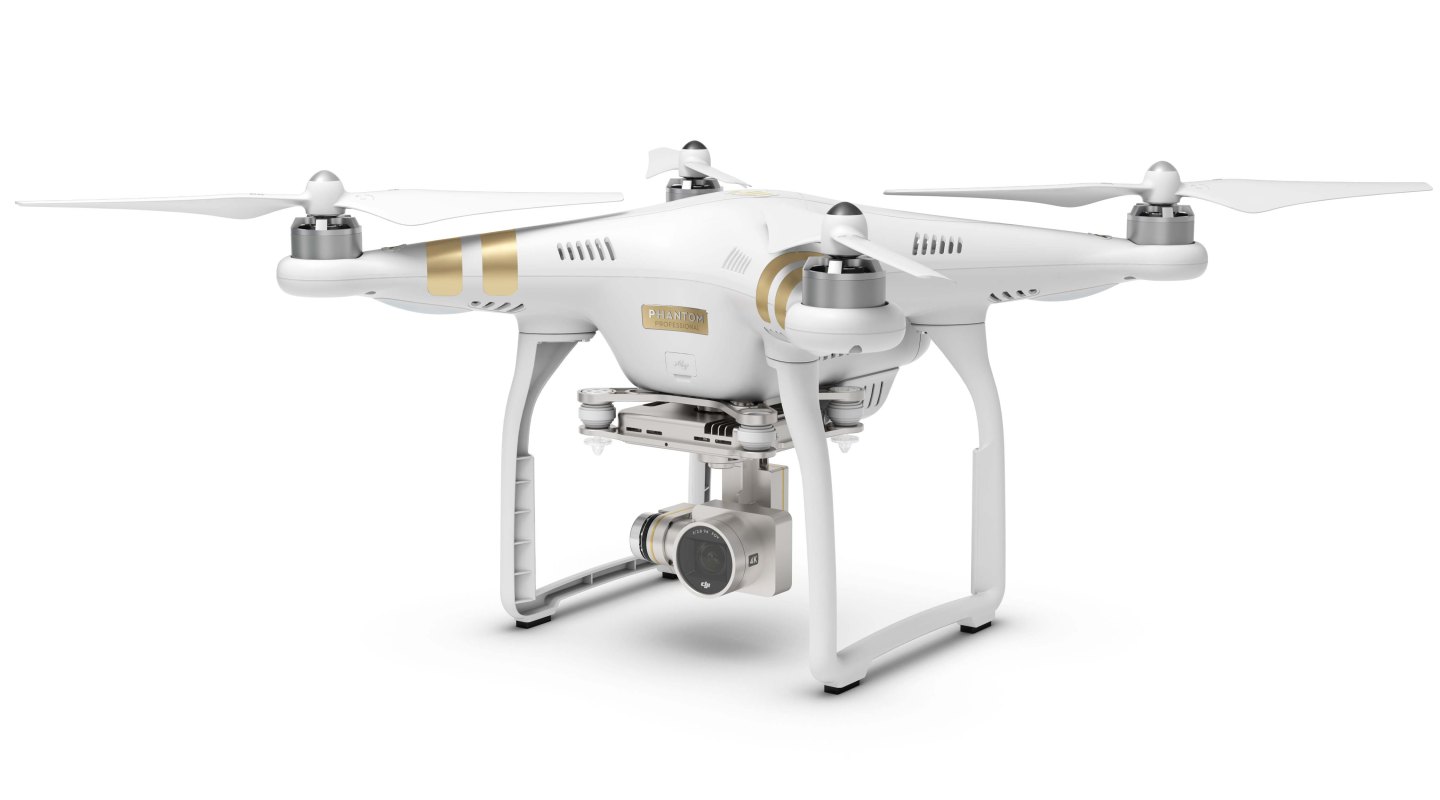 Earlier today via simultaneous events in New York City, London, and Munich, DJI—maker of the ubiquitous white quadrotor aircraft that have become synonymous with the word “drone”—released the latest in the company’s Phantom drone series. Hong Kong-based DJI already claims to own roughly half of the recreational drone market. (Analysts largely haven’t challenged claims it sells 30,000 aircraft each month.) With the release of the relatively low-cost, high-performance Phantom 3, it’s fair to say DJI is about to sell a lot more of them.

Outwardly, the new Phantom 3 comes off as an incremental improvement on its predecessors, sporting the same signature white plastic body, a camera fitted to its underbelly. But in the Phantom 3 DJI has made some critical adjustments—in terms of both hardware and software—that make for a much more versatile piece of equipment without dialing up the price or dialing down performance.

Put another way, the Phantom 3 is designed as a highly-capable aerial photography drone that should maintain its place in the recreational market that’s also robust enough to cross over into commercial applications. And it’s coming to market at a time when commercial drone use is rising sharply, even in the U.S. where commercial drone regulations have lagged behind the rest of the world.

“This camera system is the most technologically advanced you will find on any consumer quadcopter,” DJI Director of Aerial Imaging Eric Cheng said at the NYC unveiling. And he’s not wrong. The higher-end version of the Phantom 3 comes with a camera capable of shooting video in 4K at 30 frames per second, while the lower end still shoots in very respectable 1080p HD. Still images on both versions come as large as 12 megapixels. The camera also incorporates a rectilineal lens, eliminating the wide-angle, fish-eye effect produced by many integrated drone cameras, including those built into DJI’s previous models.

If these sound like specs only a videographer could love, keep in mind resolution equals data, and data is where commercial applications live. Jono Millin, co-founder and chief of product at San Francisco-based drone analytics startup Drone Deploy, describes the adjustments made to the Phantom 3’s camera as a major leap forward for a consumer-facing drone, making it “the gateway drone for everyone.” Meanwhile, putting a high-resolution rectilineal lens on the Phantom 3 pushes it into territory beyond recreational photography, making it capable of aerial mapping or other applications like agricultural monitoring or construction site inspection.

Key to this, Millin says, is a software overhaul that allows imagery and video to stream directly from the drone to the Web so data processing can take place in real time. (Most consumer drone models, including previous iterations of the Phantom, require the drone to land before data can offload for processing.) That seamless data download is an attractive quality in a commercial drone, allowing drone analytics companies like Drone Deploy to do a whole lot more with the image data drones are uniquely capable of connecting. It also opens up new frontiers in journalism and other media, wherein imagery and video can stream to the Web in real time. (Imagine Twitter’s Periscope via drone, live-streaming aerial video directly to viewers.)

Topped off with a new SDK that allows operators to build their own application-specific software for the Phantom 3, and one can picture something that goes beyond the recreational drones that DJIs Phantoms have always been. The U.S. Federal Aviation Administration on Friday approved 30 more exemptions allowing companies to fly drones commercially, bringing the total number of exemptions up to 90 with more than 700 still pending. DJI wants a piece of that growing commercial business, and in the Phantom 3 they have an affordable platform (starting at $999) that can maintain its lead in the recreational space while grabbing a piece of the commercial aerial imagery market.