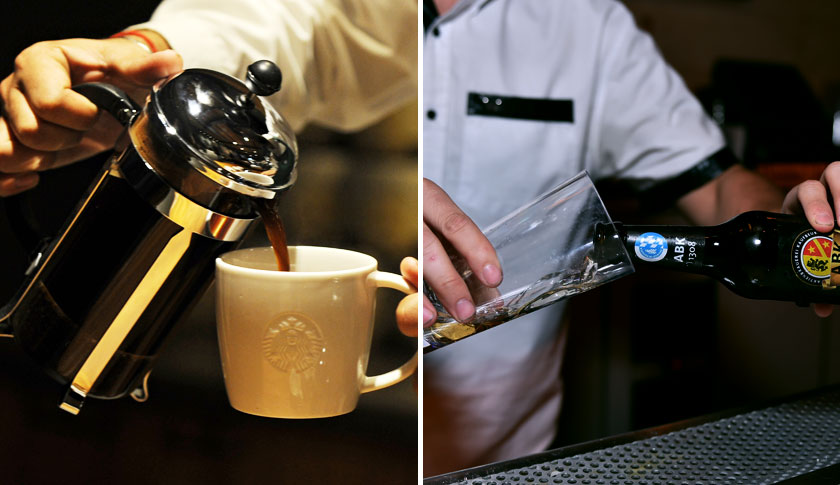 Barista by day; bartender by night? Based on new data from the Bureau of Labor Statistics, there may be fewer American workers who fit that description.

A study released this month says that among all employed workers, the rate of moonlighting or holding multiple jobs was 5% in 2013 (the latest data available), down from 6.8% in 1995. Put another way, there were 6.8 million workers who held more than one job in 2013, compared to 7.5 million 20 years prior (though it should be noted that number of Americans holding a job shrank by 15.9 million over that same time).

Interestingly enough, the downward trend holds steady across various sociodemographic groups of the working-age population as well as across all educational groups. On average, over the past decade, multiple job-holding has diminished by 0.6 percentage points every year for high school graduates and workers with some college education alike, the report says.

Historically, moonlighting has been common among workers in some occupations and unpopular in others. Manual workers in fields like mining, construction, and manufacturing are usually less likely to work a second job. Meanwhile, workers in professional and service occupations often hold more than one job. Teachers in elementary, middle, and secondary schools, for instance, are likely to hold multiple jobs. In fact, in the profession, the rate of multiple job holding is no less than 13% historically. It’s surprising, then, that the decline in moonlighting is present among workers irrespective of their occupation or industry of their primary job.

One explanation for the decline stems from the large fraction of multiple jobholders who work part-time at both their primary and second jobs, as opposed to working full-time in one job and adding a few hours at the second. The study found that workers are logging more hours at part-time jobs over the past two decades, which points to a less flexible work schedule for part-time workers, which—in turn—could account for the lower propensity to moonlight. But that’s not the only factor, the study says, since full-time workers have also become less likely to hold more than one job.

The one big explanation the study offers for the decline in moonlighting is that workers have become increasingly reliant on alternative sources of income to meet expenses or pay off debt. But it also comes to the frustrating conclusion that more research is needed to pin down a specific, overarching reason for the drop, and the study’s author Etienne Lalé, an assistant economics professor at the University of Bristol in England, was not immediately available for comment.