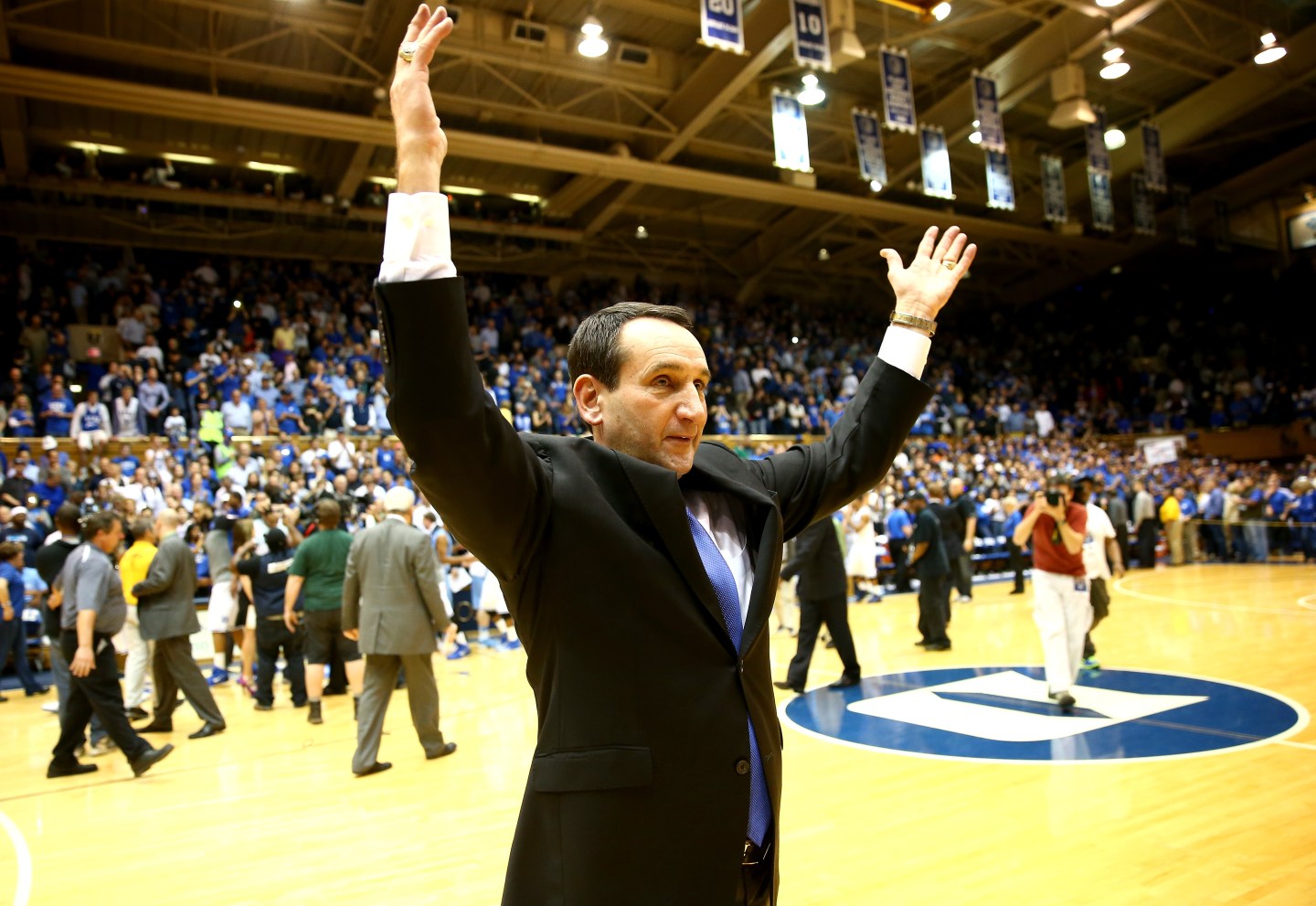 The brackets are filled and bets are down. In offices across the country, millions are waiting for the matchup between the Wisconsin Badgers and the Duke Blue Devils to see who wins the NCAA men’s basketball tournament. Plenty of executives are wondering how to keep from losing money on lost productivity, even as employees battle to win the company pool, or at least gain some semblance of bragging rights.

The schools themselves, and their fans, are braced for a titanic struggle to win it all. But there’s another, less-noticed, competition. Who will get the biggest bang for the coach salary buck? Both Duke University and University of Wisconsin at Madison have among the highest-paid coaches in men’s collegiate basketball. So which university made the better deal?

Duke University’s Mike Krzyzewski — also known as Coach K — is the most expensive piece of coaching talent on the courts. His total estimated pay last year was $9,682,032, far outstripping the $1.1 million that university president Richard Brodhead received. Given that the basketball program brought in $27 million in revenue with $14.2 million reportedly in expenses, that’s a gross profit of $12.8 million, based on numbers from the 2013-2014 academic year.

Not that Wisconsin’s coach is a pauper. Bo Ryan’s total pay was $2,946,000 with a possible bonus of $450,000, which means his full payday could be $3,396,000, or roughly 35 percent of what Krzyzewski makes. But then, University of Wisconsin System president Ray Cross makes $525,000, according to reports. Revenue and expense numbers for the basketball program weren’t available.

So, the question is whether Wisconsin lucked out or got a bargain for its program. Both the Badgers and the Blue Devils were number 1 seeds, so there was significant prowess on both sides. Many experts are split on the likely outcome, with some calling the final meeting a coin toss, even though Duke beat Wisconsin in their meeting earlier in the season.

Ryan coached for decades, but largely in Division III, not the hyper-competitive Division I. He brought the Badgers to the finals last year as well. If Wisconsin takes the final game, Ryan, at 67, would be the oldest first-time winner in the competition. (Krzyzewski is 68.)

As both were early favorites to win, you have to give Wisconsin the nod for getting the bigger coaching bang for the salary buck.