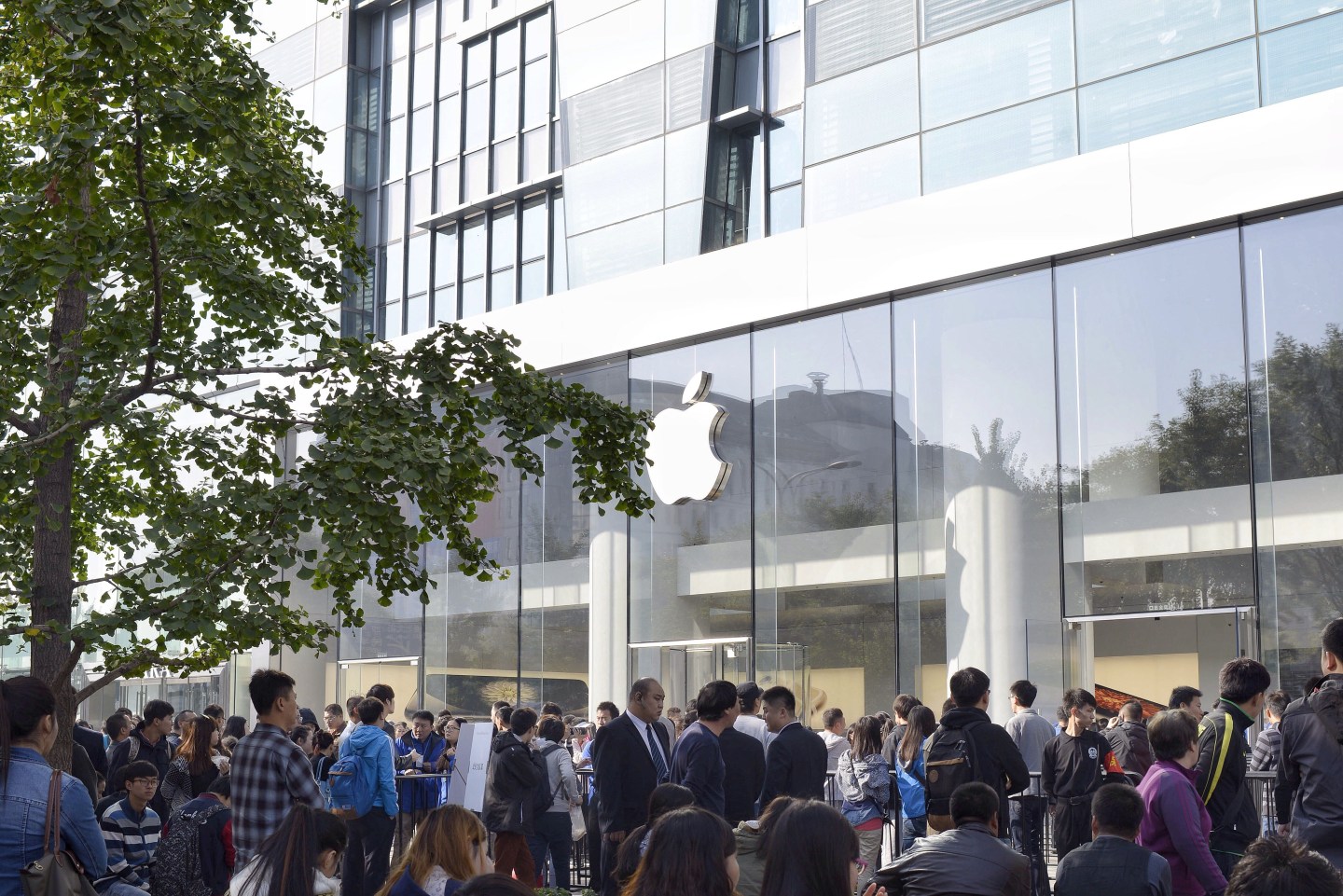 --FILE--Chinese customers wait outside an Apple Store to buy iPhone 6 and iPhone 6 Plus smartphones in Beijing, China, 17 October 2014. Apple Inc. plans to increase the number of its Apple-brand retail stores in Greater China to 40 from 15 within two years, Chief Executive Tim Cook said Thursday (23 October 2014). In an interview with Chinese news portal Sina.com, Mr. Cook said the Cupertino, Calif., gadget maker will also increase investment in China by an unspecified amount. In the future China will become Apples biggest revenue contributor, he said, according to Sina.com. Its just a matter of time. An Apple spokeswoman confirmed the remarks. Greater China includes Hong Kong and Taiwan. China is Apples third-largest market after the U.S. and Europe and is an important growth driver for the company. Its revenue growth in Greater China, however, slowed sharply in the latest quarter ahead of the release of its new iPhone, which was delayed by regulators in China until this month.
Photograph by Imaginechina/AP

Apple seems to have blown past a long line of Asian competitors in the three months leading to Chinese New Year, Asia’s biggest shopping day of the year.

A report this week from Kantar Worldpanel ComTech supports what observers on the ground have been saying for weeks: Demand for Apple’s smartphones in the world’s largest mobile phone market has never been higher.

“In urban China, Apple iPhone 6 remained the best selling phone,” says Kantar’s Tamsin Timpson. “The iPhone 6 Plus was the third best selling smartphone after the iPhone 6 and the Xiaomi RedMI Note. With the two flagships, as well as older models still selling strong, Apple was able to grab the top spot in the smartphone manufacturers ranking. Xiaomi stepped down to number two.”