Ted Cruz is attacking the Fortune 500, and that’s smart politics 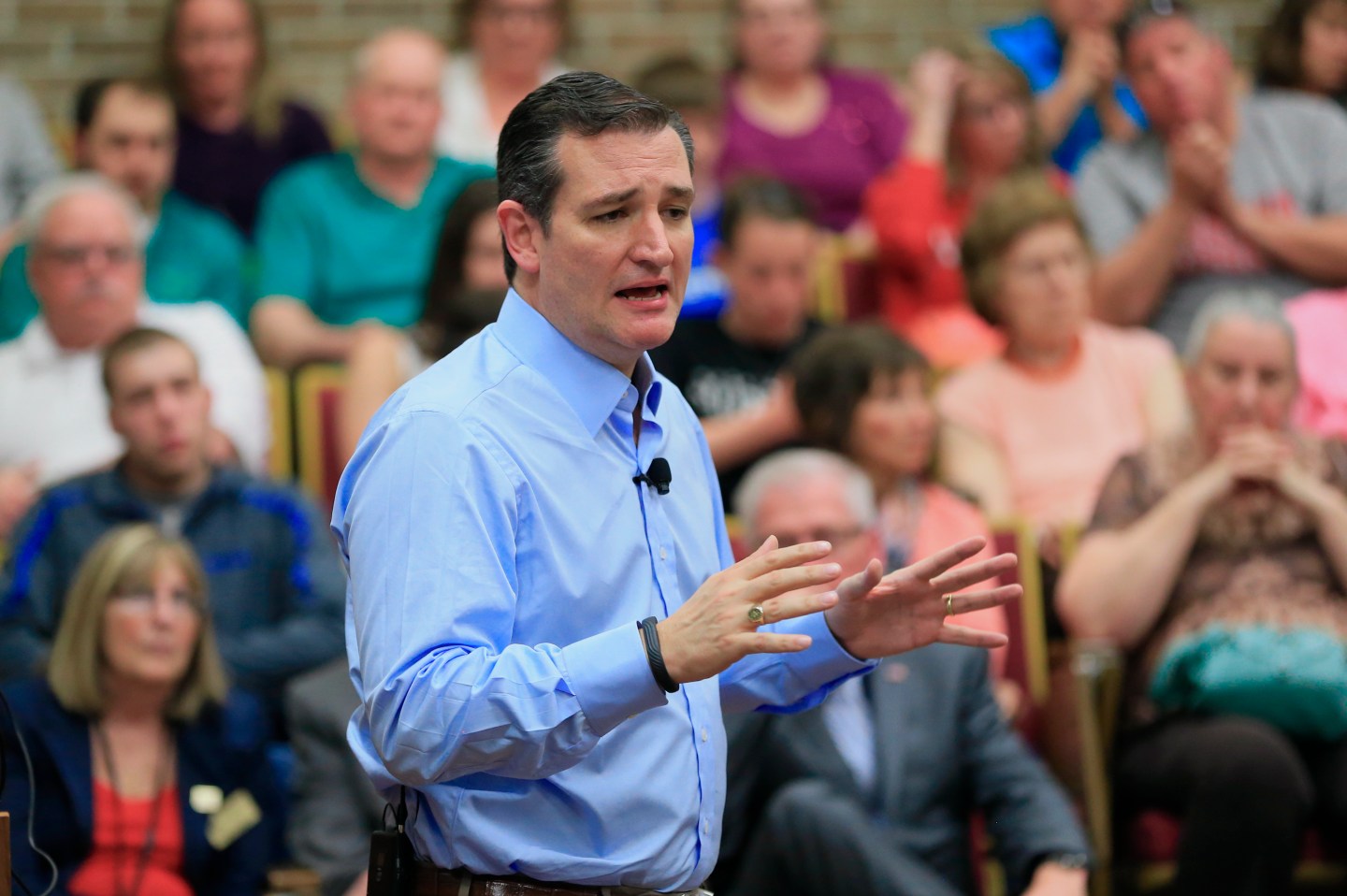 Credit Sen. Ted Cruz, R-Texas, with this: He’s doing what he can to lock down first-mover advantage in the Republican presidential sweepstakes.

Last week, he was first in what promises to be a crowded GOP field to officially announce his White House bid. Yesterday, he launched what Politico has already termed the backlash to the corporate backlash to Indiana’s controversial “religious freedom” law.

Addressing a crowd of 300 in Sioux City, Iowa, Cruz laced into the big business leaders who have jumped into the national firestorm over the law to help rally the opposition.

“The Fortune 500 is running shamelessly to endorse the radical gay marriage agenda over religious liberty to say: ‘We will persecute a Christian pastor, a Catholic priest, a Jewish rabbi,'” Cruz said. “Any person of faith is subject to persecution if they dare disagree, if their religious faith parts way from their political commitment to gay marriage.”

Cruz didn’t go on to name names. Perhaps it would have taken too long. In a surprising break from the practice of steering clear of hot-button social debates, a sprawling roster of major companies have piled into the melee over the Indiana law — among them, Angie’s List, Anthem (WLP), Apple (AAPL), Eli Lilly, Gap (GPS), Marriott International (MAR), Microsoft (MSFT), Nascar, Nike (NKE), Salesforce (CRM), and Wal-Mart (WMT) — registering their objections to a statute they contend sanctions discrimination against gays and lesbians. The attention has concentrated enough pressure on Indiana Gov. Mike Pence (R) that he pledged on Tuesday to seek a sort of legislative fix-it, clarifying the intent of the law, officially the Religious Freedom Restoration Act.

But that same blowback also presents an opportunity for a certain type of Republican with national ambitions — one that Cruz was arguably wise to seize.

Former Florida Gov. Jeb Bush, the field’s centrist heavy, has already backpedaled his original support for Pence’s gambit. But Cruz is running to carry the movement conservative banner in the Republican presidential primary. And the corporate intrusion into the Indiana debate makes for an alignment of two movement conservative bogeymen that’s rarer than a lunar eclipse. As the Pew Research Center’s Political Typology study found last year, GOP base voters it termed “steadfast conservatives” believe overwhelmingly — by 74% — that homosexuality should be discouraged by society. That same group harbors a deep skepticism of concentrated corporate might, with nearly half reporting that our economic system unfairly advantages entrenched interests.

It may sound odd at first blush to hear a Republican attacking the Fortune 500 — with relish. But given the makeup of the GOP primary electorate, a fight that elicits unprecedented support for same-sex rights from the biggest corporate interests offers a candidate like Cruz an opening he couldn’t have scripted better himself.