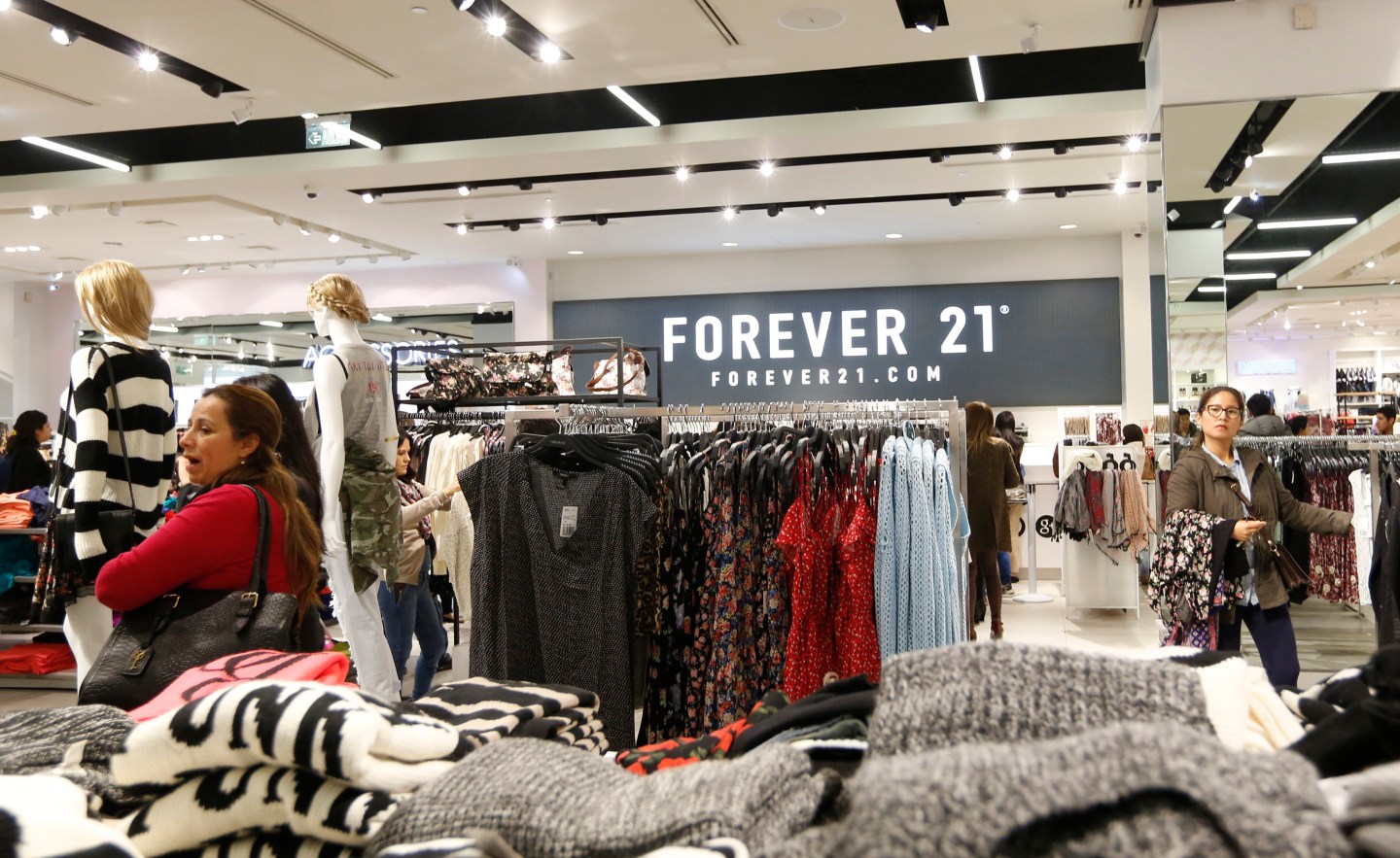 A manager at a Forever 21 in New York told Alexia Daskalakis, a transgender employee, that she was a “hot mess” and “disgusting,” that she looked “offensive,” and that “in my eyes and in the company’s eyes, you’re still a male.”

Those are the allegations in a lawsuit Daskalakis filed against Forever 21 in Brooklyn federal court on Wednesday. The lawsuit accuses the fast fashion retailer of discrimination, harassment, and retaliation.

Forever 21 did not immediately respond to a request for comment.

Daskalakis started working as a sales associate at a Forever 21 store in Brooklyn in May 2011 and was soon promoted to visual merchandiser, a role that made her responsible for setting up store displays. In January 2014, Daskalasis began transitioning to present as a woman, she began dressing in a more traditionally feminine manner, and started wearing makeup. That’s when the harassment and discrimination started, the lawsuit claims.

Daskalakis began taking hormones to physically transition in August 2014. Over the next few months, male supervisors insulted her and subjected her to bias because of her transgender identity, the lawsuit says. In one instance, a store manager told Daskalasis that her clothing choice of jeans, a crop top, and leather jacket was inappropriate and that she needed to change even though other female employees were wearing the same thing.

“The male dress code is different from the female dress code and you’re still a male until you change your birth certificate,” the manager said, before sending Daskalasis home for the remainder of the workday, according to the complaint. In another instance, the same manager told Daskalakis, “You used to be a hard worker when you were a guy, but not anymore.” The store fired Daskalakis in January.

“[Forever 21] has discriminated against [Daskalakis] on the basis of her gender, gender expression, gender identity and/or failure to conform to gender stereotypes in violation of the [New York State Human Rights Law] by denying [her] the same terms and conditions of employment available to other employees, up to and including the termination of her employment,” the lawsuit says.

Daskalakis filed her lawsuit a few weeks after another retailer Saks & Company settled claims that it discriminated against a former saleswoman who said she’d been subject to harassment and retaliation because of her transgender identity.

The new lawsuit also comes in the wake of the federal government’s expansion of rights for transgender employees.

In late December, Attorney General Eric Holder announced that, going forward, the Justice Department would consider discrimination against transgender people as covered by the Civil Rights Act’s prohibition of sex discrimination. Just this week, the DOJ filed its first-ever lawsuit that makes good on that change. The department sued Southeastern Oklahoma State University and the Regional University System of Oklahoma for discrimination and retaliation based on gender identity for their treatment of Rachel Tudor, a transgender English professor.