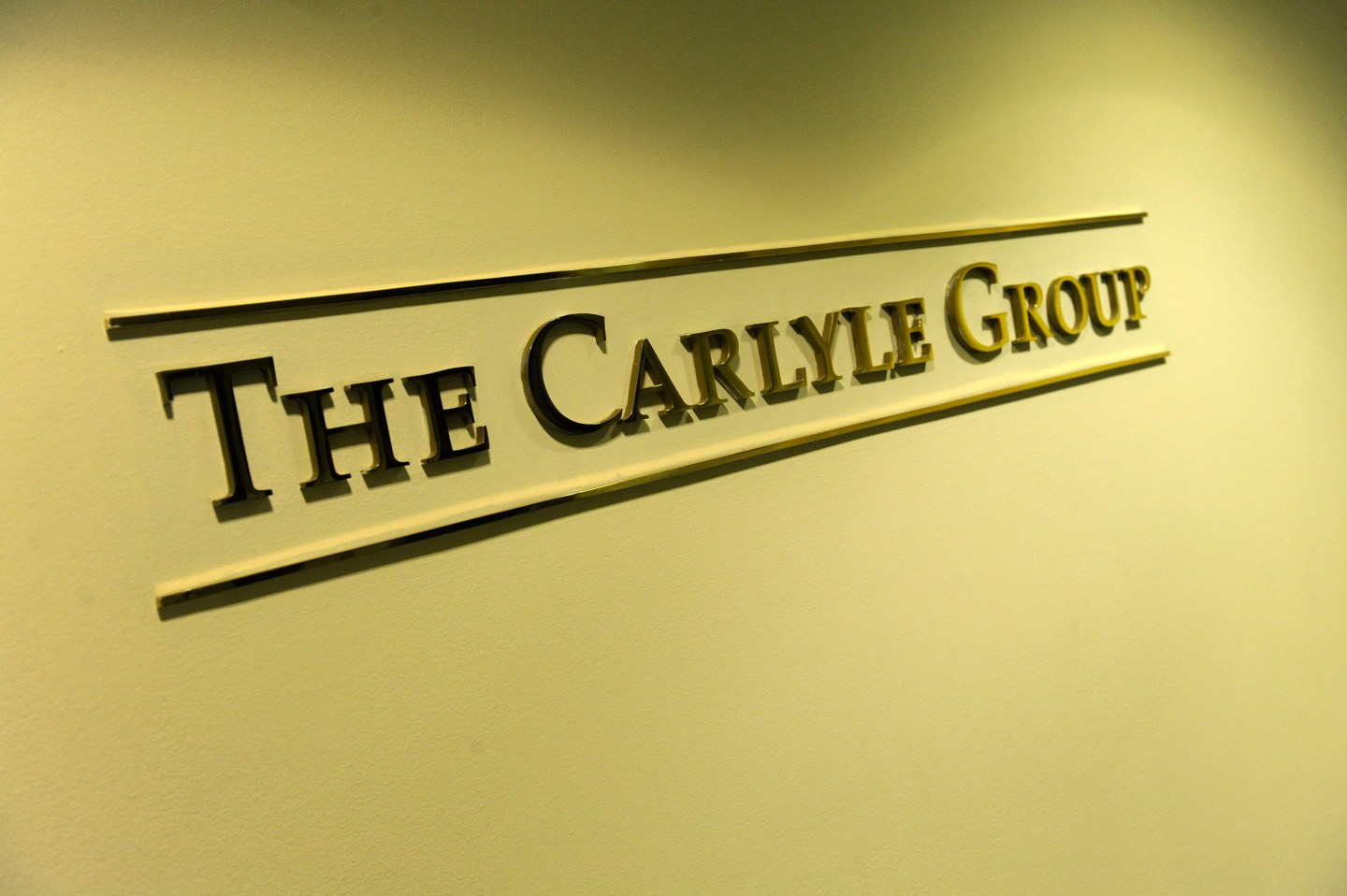 A general view of the lobby outside of the Carlyle Group offices in Washington, May 3, 2012. Private equity firm Carlyle Group LP proved a tough sell with investors on Wednesday, raising $671 million in an IPO that was slightly below a pricing range already seen as modest and failed to live up to the hype of the likes of Facebook Inc. REUTERS/Jonathan Ernst (UNITED STATES - Tags: BUSINESS) - RTR31KNG
Photograph by Jonathan Ernst — Reuters

The Carlyle Group (CG) has held a $1 billion first close on its second middle-market private equity fund, Fortune has learned. The Washington, D.C.-based firm is seeking to raise between $2 billion and $2.3 billion in total for the vehicle, called Carlyle Equity Opportunity Fund II, which began soliciting capital around four months ago.

The basic investment strategy is to participate in buyouts that equity between $25 and $150 million in equity, within Carlyle’s six traditional areas of investment (aerospace/defense, tech, consumer/retail, telecom/media, industrials and healthcare).

Carlyle previously raised $1.1 billion for its debut private equity fund, although that process moved much slower — launching fundraising in 2010 and not holding a final close until 2012. Notable deals out of that fund included Philadelphia Energy Solutions, AxleTech, ECi Software Solutions and Sequential Brands.