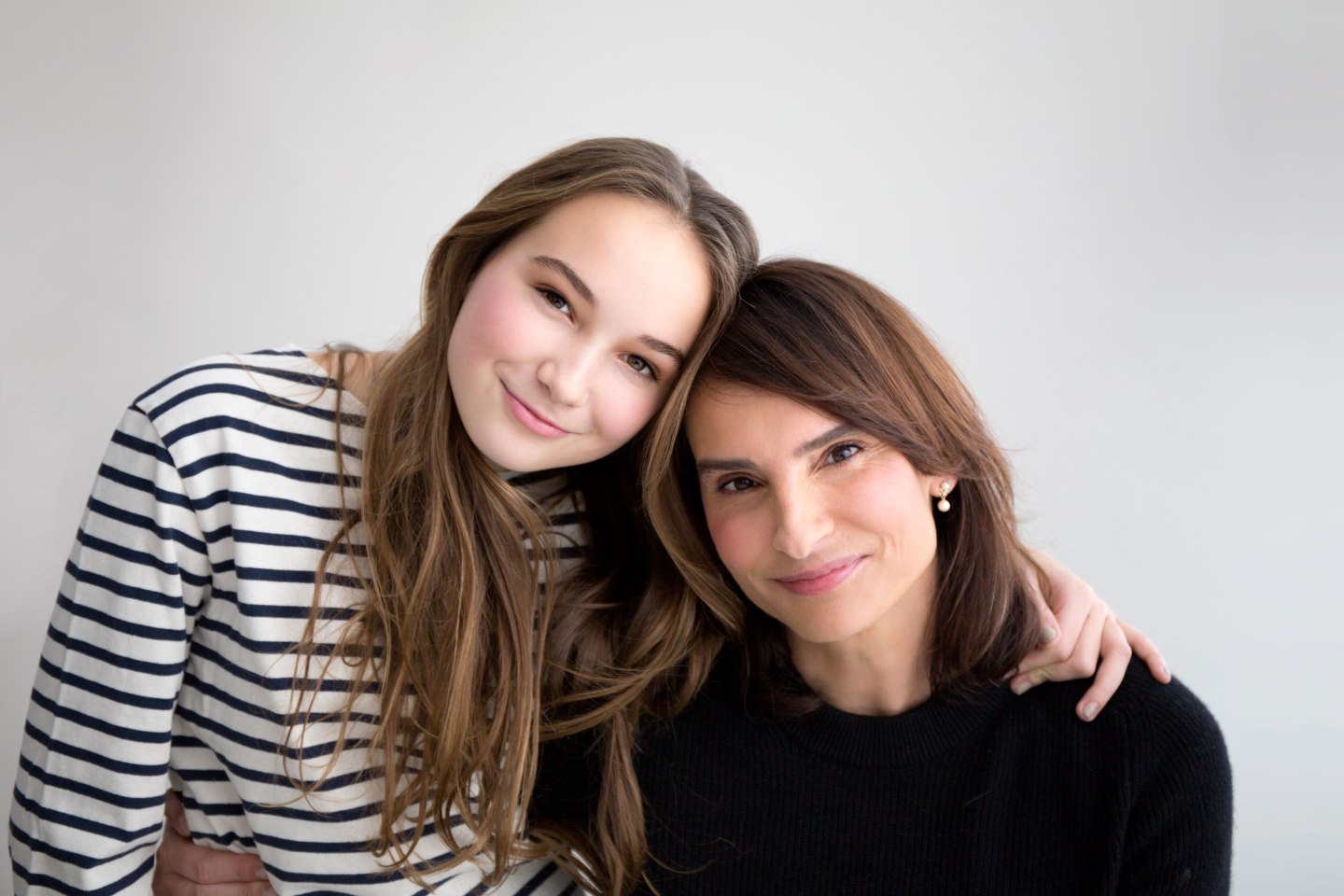 The Greenwich, Conn.-based direct sales startup is recruiting teenage girls and young women to sell its line of skincare and makeup to their most obvious customers: their friends. To do so, the company encourages its young reps to tap the power of Instagram, Twitter, Tumblr, and that old classic, peer influence.

The company, which launched Wednesday, was created by Christy Prunier and her daughter Willa Doss, 15. The 23-product line ranges in price from $9.50 for lip gloss to $26 for “pore perfector” treatment pads. In addition to supplying girls with a safeguard against sun damage and acne, Prunier says she hopes to give young women a chance to test drive their entrepreneurial skills. “I think so much of being a girl is being told that you have to wait, and these girls are ready,” says Prunier.

Girls who sign up can use the Willa app, a personalized website, or Tupperware-style parties to sell the products. Reps earn between 10% and 25% commission, depending on how much they sell. (To earns the full 25%, she would need to sell $500-worth of products in a month.) They can also earn an additional 1% to 5% percent on the sales of anyone they recruit. When girls contribute a portion of their Willa profits toward a 529 College Savings Account, the company matches contributions by 10%, up to $2,500 annually.

A skin cancer diagnosis 17 years ago convinced Prunier, a former film producer who serves as Willa’s CEO, of the need for fun and healthy skincare formulas to help teenagers and young women avoid sun damage. When Doss was eight and wanted to begin taking care of her skin, Prunier realized that the market lacked natural products for young girls.

Originally, Prunier sold the products using display space at retailers such as Target and J. Crew. But one day, while watching Doss, then 10, talk to girls and their mother about the line, Prunier had what she calls an “a-ha moment.” “There was something about a girl speaking to another girl that was incredibly powerful,” she says. “The best ambassadors for these brands are the girls.”

Prunier pulled out of retailers and began developing the direct sales model that Willa now uses. By the end of 2015, the company hopes to build a network of more than 1,000 young sales reps, and sell more than $1 million in products. Prunier says that the company has raised “several million dollars” in funding through individual and small institutional investors.

When a teenager or young woman applies online to be a “Willa girl,” she pays $99 for a starter kit that includes products such as sunscreen, face wash, towelettes and lip gloss, as well as access to the app, marketing materials and a personalized website. “We made the kits as inexpensive as possible,” Prunier says, noting that the value of the products in the kit is greater than $99. “We don’t want anyone to lose money on it. We’ve been making every effort to make sure they’re successful from Day 1.” Girls between the ages of 13 and 18 must obtain approval from a parent or guardian before joining Willa.

The model borrows from several “cute marketing angles,” said Barbara Kahn, a marketing professor at Wharton. “Willa has positioned itself at the intersection of a lot of tried and true marketing techniques,” says Kahn. “There is a huge trend in young girls reaching out to young girls, especially in YouTube videos about how to do their hair and makeup. There’s no question that that’s where this demographic is getting its marketing information.”

Willa is relying heavily on the power of Instagram celebrity to ignite the movement, hiring Bean (@beansiie), a teenager from San Diego with followings 75,000-strong on both Instagram and Tumblr, to help build interest. Meanwhile, Doss is the star of Willa’s own feed (@mywilla), a mix of product and lifestyle shots followed by more than 19,000 Instagram users.

“It’s morphed into something bigger than products,” said Doss, who works at Willa’s office in downtown Greenwich in the afternoons after school. “The girls gain so many things, learning to talk in front of other people and manage their finances. They’re so happy to have something that they own and are in charge of.”

Prunier envisions legions of business-savvy Willa girls listing the company as a line item on their resumes as they apply for their first jobs. “You’re going to know that’s a girl you can depend on, that she’s confident, that she’s going to follow up,” she says. “That’s the girl you’re going to want to hire.”