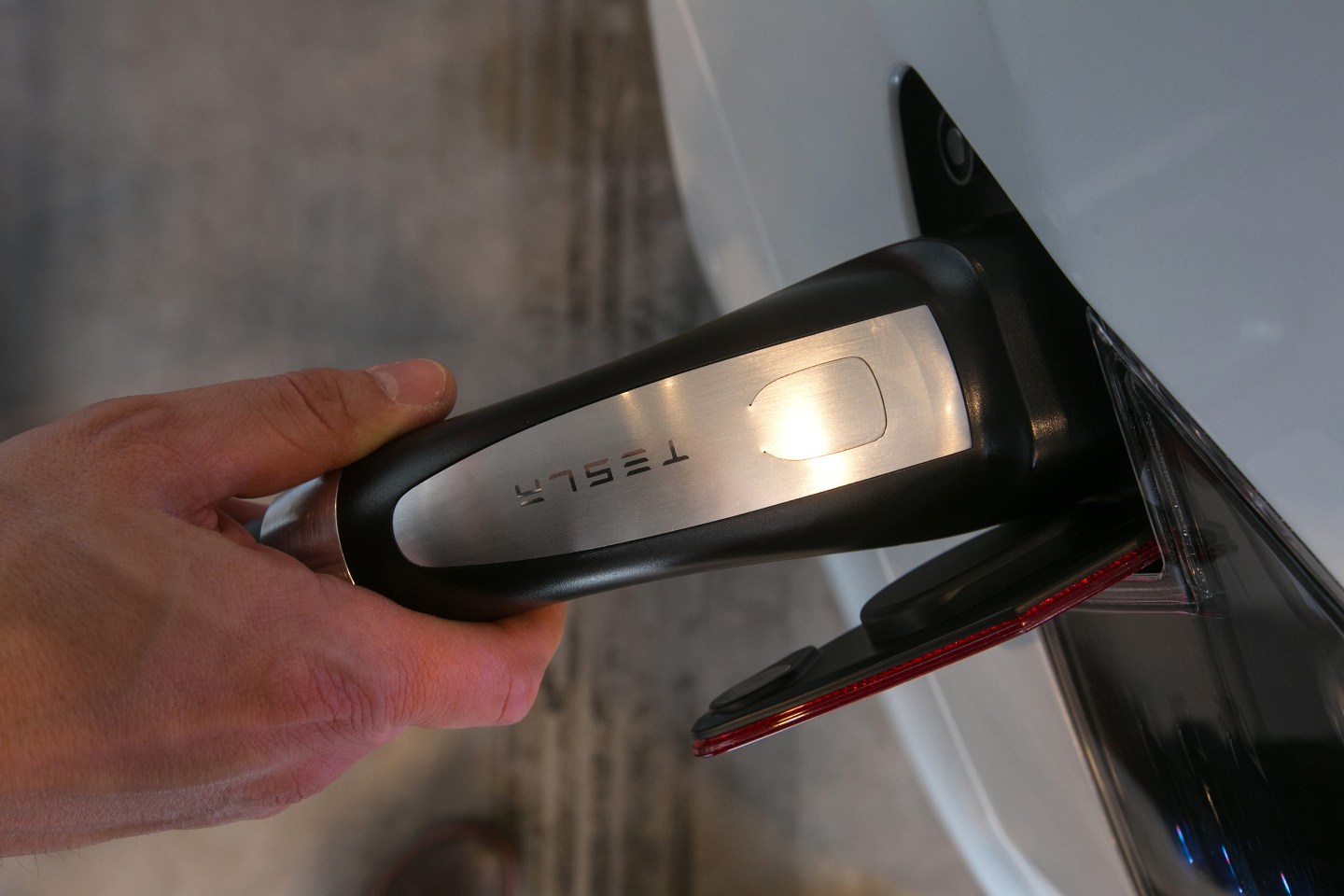 Shares of Tesla Motors jumped and trading volume surged in the final minutes of trading on Wednesday after the electric car maker issued a press release proclaiming the launch of a new product that turned out to be an April Fool’s Day prank.

With about five minutes remaining in the trading day, the company posted a statement on its official website under the headline: “Announcing the Tesla Model W.”

Nearly 400,000 shares traded in that time, and it was the heaviest one minute of trading volume in the stock since the opening 60 seconds of trading on Feb 12.
Tesla shares quickly retraced most of that upward move and ended the session at $187.59, down 0.63 percent from Tuesday’s close.

The Tesla statement appeared to be a parody of the recent announcement by Apple that it was launching a computerized wrist watch product later this month called the Watch.
The first paragraph said: “Tesla today announced a whole new product line called the Model W. As many in the media predicted, it’s a watch. That’s what the “W” stands for.”

“This is in no way a competitive response to what some other company is doing,” the release concluded.

Reuters and at least one other news organization published headlines based on the statement.

“We have withdrawn the headlines and regret putting out the material,” a Reuters spokeswoman said.

Tesla said in an email that the statement was an April Fool’s Day prank.

The announcement was one of two April Fool’s Day pranks produced by Tesla on Wednesday. The other included a video promoting a new self-driving car that helps owners of its Model S vehicles to evade traffic and parking tickets.

A spokeswoman for the U.S. Securities and Exchange Commission declined to comment.