Buffett says if he ran Fed, he would not raise rates significantly 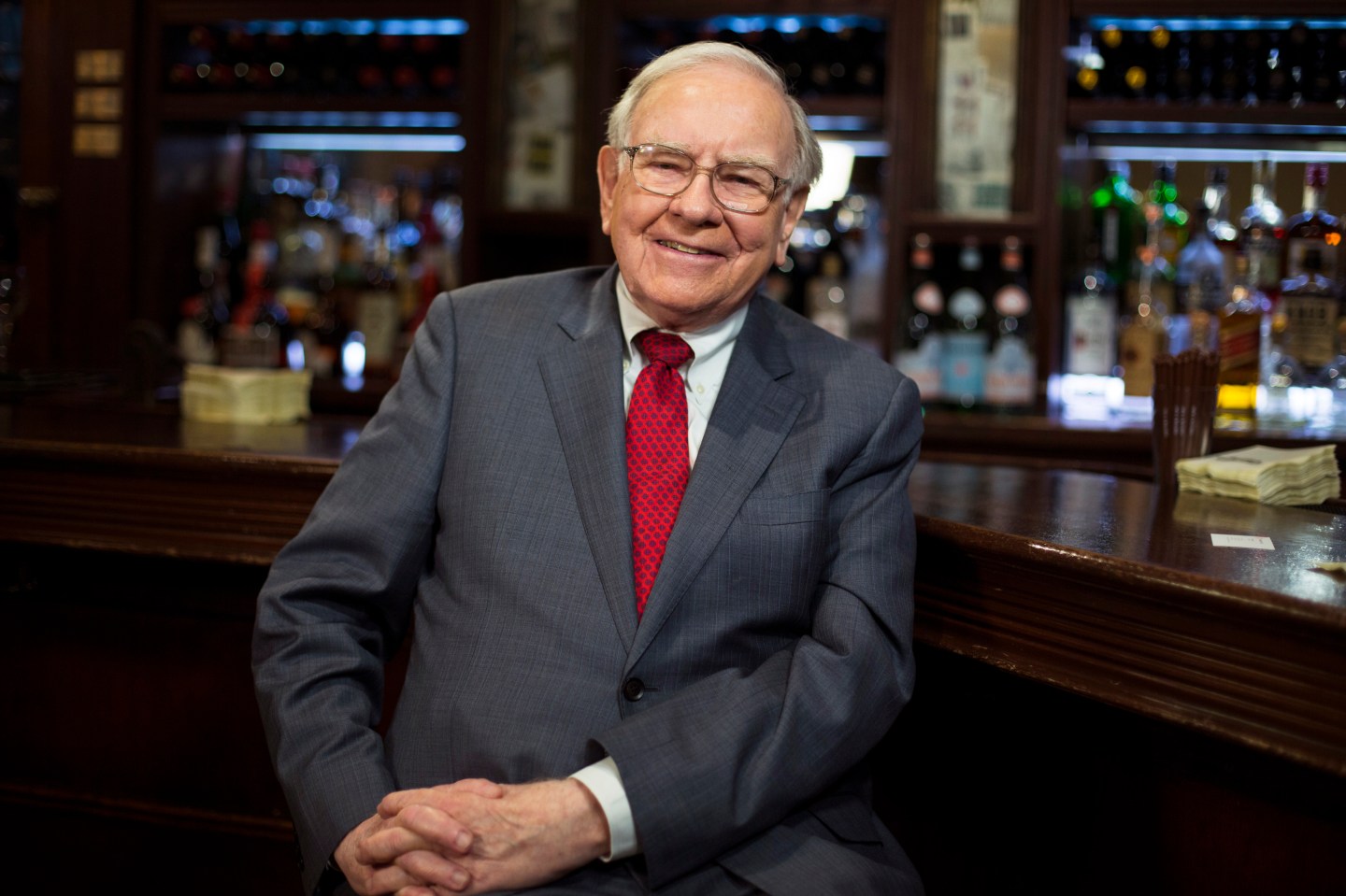 Investor Warren Buffett poses for a portrait during an interview after a luncheon to benefit the Glide Foundation of San Francisco in New York April 23, 2014. Buffett, chairman of conglomerate Berkshire Hathaway, said on Wednesday he thinks Coca-Cola's controversial equity compensation plan was excessive, but that Berkshire Hathaway abstained in the shareholders vote. Buffett said he has no intention of selling any Coca-Cola shares. REUTERS/Lucas Jackson (UNITED STATES - Tags: BUSINESS) - RTR3MDHO
Photograph by Lucas Jackson — Reuters

Warren Buffett, the billionaire chief executive officer and chairman of Berkshire Hathaway, said he would not raise interest rates significantly if he ran the Federal Reserve.

“I probably wouldn’t do much,” Buffett said when asked what he would do if he ran the Fed. “Things are working pretty well, and I would be worried that if I raised rates significantly with negative interest rates in Europe, I would be very worried about what that would do to the flow of funds.”


He also noted that the economy “is improving month by month.”

Buffett spoke at an automotive industry conference in New York, along with the chairman of the Berkshire Hathaway automotive dealer group, Larry Van Tuyl.

Buffett said that Berkshire Hathaway will price auto dealerships for possible acquisition by using a long-term outlook and not allow short-term swings of the U.S. auto market to affect purchase decisions.

He also said those purchase decisions will not be related to changes in interest rates.

“If (Federal Reserve Chair) Janet Yellen came up and whispered in my ear what she was going to do for the next two years, it wouldn’t make any difference what we do. If we got a chance to buy a dealership at a sensible price with the right people, we’d buy it. We’d buy it in five minutes.”

Buffett and Van Tuyl both said that while Tesla Motors Inc has a model of selling cars directly to consumers, the volume is too low to affect the U.S. auto distribution system.

“Usually when a distribution system becomes that firmly established, there is a reason for it. I just don’t see that changing,” said Buffett.

He said that self-driving cars will “be a reality” but that he expects autonomous cars to be less than 10 percent of the auto market by 2030.

Earlier Tuesday, at the same National Automobile Dealers Association-J.D. Power conference in New York, Buffett said a Greek exit could be constructive for the euro zone.