After three months of upheaval, the Dow and S&P have little to show 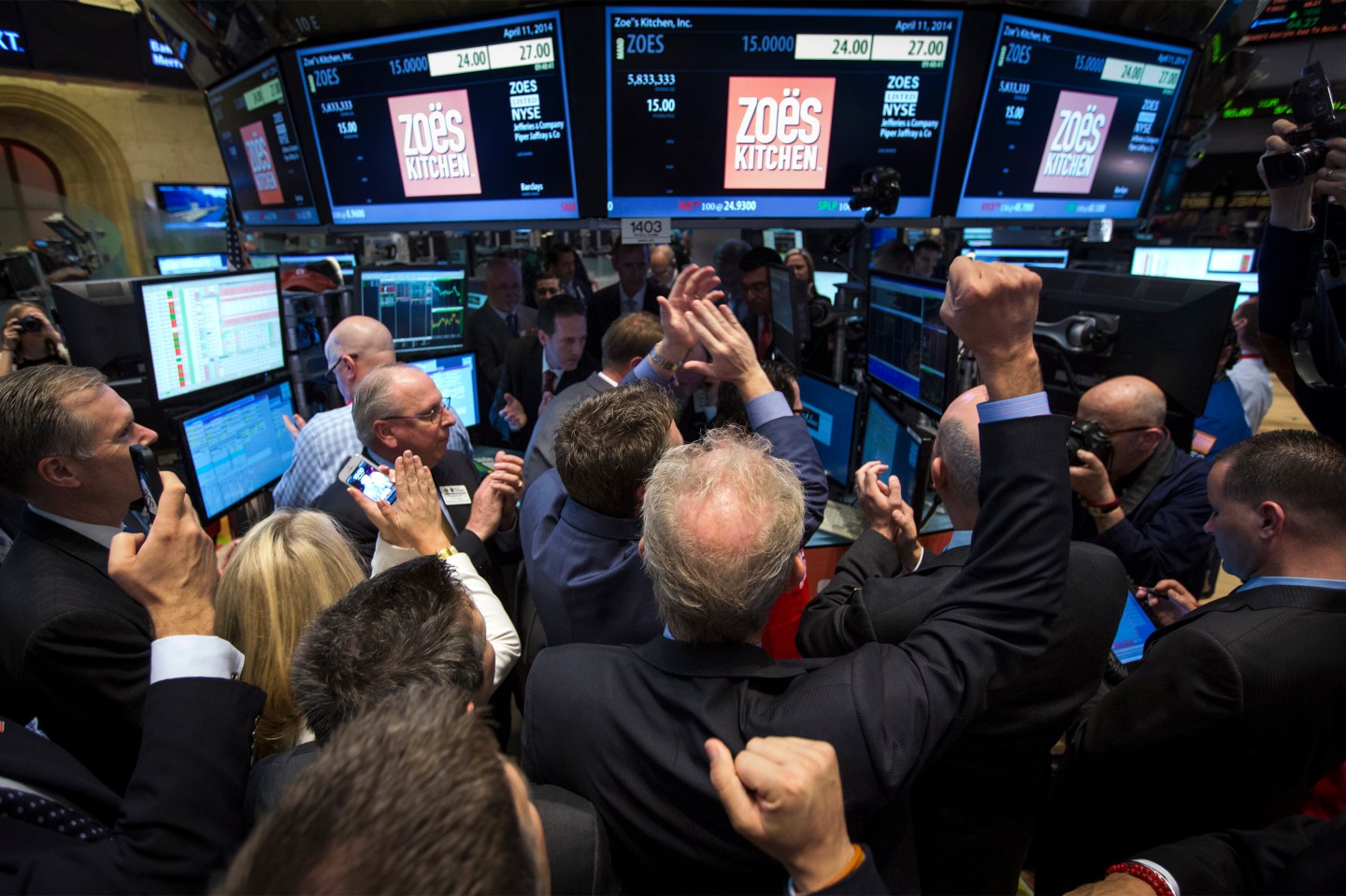 Just three months into 2015, and the stock market has already been through its share of ups-and-downs. But after all that upheaval, two of the three major indices are near where they started the year.

The Dow Jones Industrial Average closed out March by dropping another 200 points, or 1.1%, on Tuesday, leaving the blue-chip index in negative territory through the first quarter of 2014. The decline came one day after the Dow briefly climbed out of its hole by posting a 260-point gain that was its biggest daily increase in over a month.

The Nasdaq composite, meanwhile, has been riding strong performances from several tech stocks that helped lift the index to a 164-point, or 3.5%, gain on the year. High-performers include Amazon (AAPL), which was up about 20% during the first three months of the year, and Netflix (NFLX), which was up nearly 22%. The Nasdaq crossed the 5,000-point mark in early March and finished the first quarter just 150 points shy (not adjusting for inflation) of its peak during the dot-com boom in 2000.

The Nasdaq survived a rough March, during which its index dropped 1.3%. The Dow and S&P 500 suffered greater losses, falling by 1.9% and 1.7%, respectively.

Throw in marketwide losses in January, and the only bright spot for the three major indices so far this year came in February. During that month, Nasdaq added 7%, the Dow gained 5.6% and the S&P 500 rose 5.5% as the market benefitted from the improving U.S. economy, European economic stimulus measures, and a brief respite from falling oil prices.

Looking forward, there is plenty of concern on Wall Street that stocks could face more challenges in the next quarter. An upcoming round of corporate earnings are expected to be weighed down by increasingly strong U.S. dollar, which has been a drag on overseas revenues. Meanwhile, oil prices are still a drag on the economy as is the uncertainty around negotiations of a nuclear treaty with Iran coupled with ongoing tensions between Greece and its Eurozone creditors.