This is what it costs to run for president 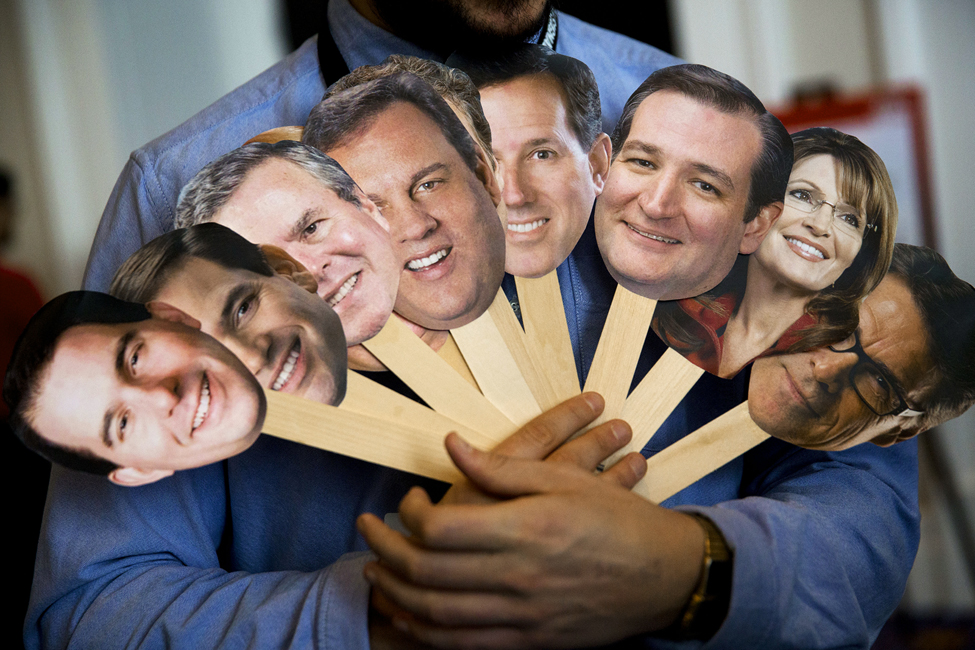 The Republican presidential primary is already shaping up to be a sprawling free-for-all. More than a dozen potentially serious contenders and counting have already joined the scrum—popping up in early states, snagging operatives, and wooing donors. But only a handful will still be standing a year from now after the first burst of contests. Surviving will require, among other things, a little luck and a lot of money.

Just how much? The answer comes with an elephant-size asterisk, since so much of what determines the outcome is unknowable. Consider the involvement of Super PACs. Those loosely regulated outside groups rattled the GOP’s 2012 primary by empowering a few billionaires to prop up the bids of moribund candidates who exhausted their own resources. They’ll play an even greater role this time around, tipping the playing field unpredictably. Nevertheless, the pols angling to carry the torch for the business wing of the party (think former Gov. Jeb Bush; his protégé, Sen. Marco Rubio; and Gov. Chris Christie) must cobble together a daunting number of four-figure checks for their official campaign organizations simply to meet the competition’s de facto ante. To put some hard numbers on what it takes to get through the first four states (the only ones on the calendar so far), Fortune surveyed leading party strategists, fundraisers, media consultants, and the historical record. This is our field guide to the punishing, and expensive, crucible of the Republican presidential slugfest’s opening round.

Before the campaign even starts, the first step of any operation is setting up a headquarters. And it’s not cheap. Although campaigns run more like franchises in the pre-election year, with candidates looking to shovel most of their resources out to the states hosting the first contests, they still need a physical home base, along with a nucleus of staff to formulate policy, strategy, and message. To get the whole operation started, figure $5 million for that overhead, and another $5 million for the campaign’s other major early expenditure—
all the costs associated with raising the money itself.

Iowa Republicans aren’t impressed by lavish campaigns. The object here for Establishment contenders is to manage expectations, place respectably, and live to fight another day. Former Pennsylvania Sen. Rick Santorum won the state’s 2012 caucuses on a hard-right message and a shoestring budget, spending less than $1 per vote on television advertising. But compare his ROI with that of Texas Gov. Rick Perry, who spent roughly $300 per vote and finished fifth. Despite Iowa’s modest media markets, campaigns will need to spend more to be heard above the din of the field at its most crowded.

Campaigning in tiny New Hampshire is surprisingly pricey. And for that, candidates can thank Boston. They’ll need to buy time in the city, the seventh-largest media market in the -country—its airwaves are three times as expensive as those in Iowa—to reach the population centers in the southern part of the Granite State. In 2012, Mitt Romney, a part-time New Hampshire resident, romped in a subdued contest. But with no favorite son making the race this time, expect a livelier, costlier battle.

The primary calendar isn’t locked in past New Hampshire, but after that, the race is likely to head south, where South Carolina will offer something of a reset. The first two contests will probably have squeezed at least one of the more centrist candidates from the race. (Former Utah Gov. Jon Huntsman dropped out in 2012 after a disappointing third-place finish in New Hampshire.) If past is prologue, others will limp in broke and looking to their Super PACs to float them.

Running just one month of TV ads here costs roughly $2 million, but Nevada’s caucus draws a twentieth as many people as the South Carolina primary, so the contest favors a strong ground game. It’s a moment a big dog could exploit to begin shutting the door (see: Romney 2012). It may also present an opportunity for a well-organized, underfunded contender to shine. The early strength of the field suggests nothing will be settled so soon, and we’re in for a longer and pricier slog.