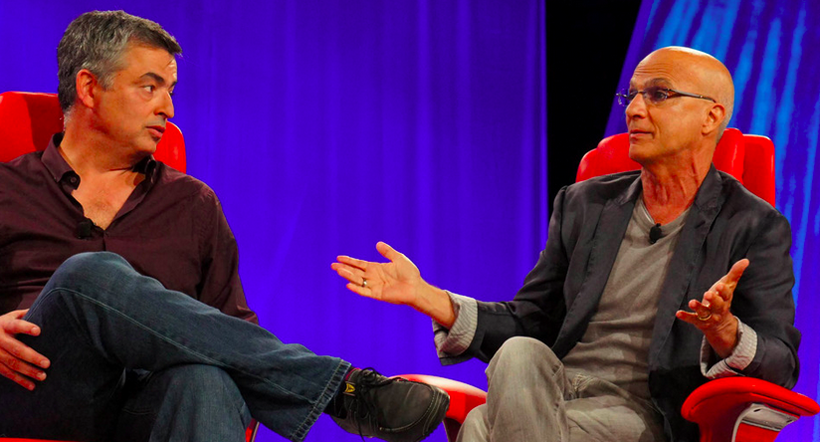 In the end, Apple just didn’t have the leverage. Even after spending $3 billion to acquire Beats. Even with Jimmy Iovine’s deep industry connections. Even with 75% of the music download business. Even with 800 million iTunes subscriptions.

Even with all that — or perhaps in part because of all that — Apple couldn’t get the music labels to agree to the deal it was pitching: An all-you-can-eat music subscription service from Apple for $2 less than the $10/month Spotify and Pandora have been charging.

The fact is, Apple is late to the party. Having stuck too long with Steve Jobs’ mantra “people want to own their music,” Apple got disrupted by start-ups that rent the music. Or give it away, with ads.

“This is one of the few times where Apple is playing catch-up, and not necessarily coming from a position of strength,” Bernstein’s Toni Sacconaghi told the New York Times.

But Apple’s got a Plan B.

With Nine Inch Nails’ Trent Reznor on the inside, redesigning the Beats app, Jimmy Iovine has been outside, working the labels.

According to the Times:

Mr. Iovine has set the tone of the transformation of Apple’s music plans, according to music executives. Mr. Iovine, who reports to Eddy Cue, Apple’s head of software and Internet services, has been leading aggressive talks to secure prominent album releases that will be exclusive to Apple, akin to what Beyoncé did when she released her self-titled album on iTunes in December 2013. One music executive involved in the negotiations described this part of the new iTunes as ‘Spotify with Jimmy juice.’”

Spotify with Jimmy juice. That has a ring to it. And if the exclusives are good enough, it might just work.