Short interest in Apple is near an all-time low 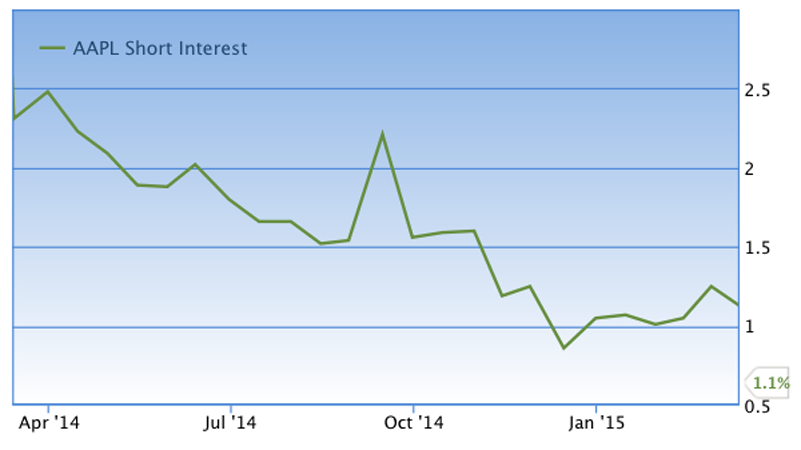 Short selling Apple, or any other stock, means selling shares you do not own or paying debts with shares you have borrowed. Substitute almost any other word for “shares” — say mansions or Mercedes — and short selling sounds almost fraudulent.

The point is, short selling Apple is a high-risk bet that the stock is about to go down, and as an investment strategy it has become increasingly unpopular over the past 12 months.

In December, in fact, short interest in Apple fell below 54 million shares — less than half of what it was in September and as low as it’s been, relative to outstanding shares, since December 2010.

What does this say about where the stock is headed next? I have no idea. All I can offer are the historical charts, with the usual proviso that the past is the past.

2005-2015: In this 10-year period, short interest peaked in April 2013, right as Apple’s share price was hitting rock bottom and starting a two-year climb.

1995-2015: Going back 20 years, short interest peaked in 1997. That was the year Steve Jobs returned to Apple and found the company teetering on the edge of bankruptcy.