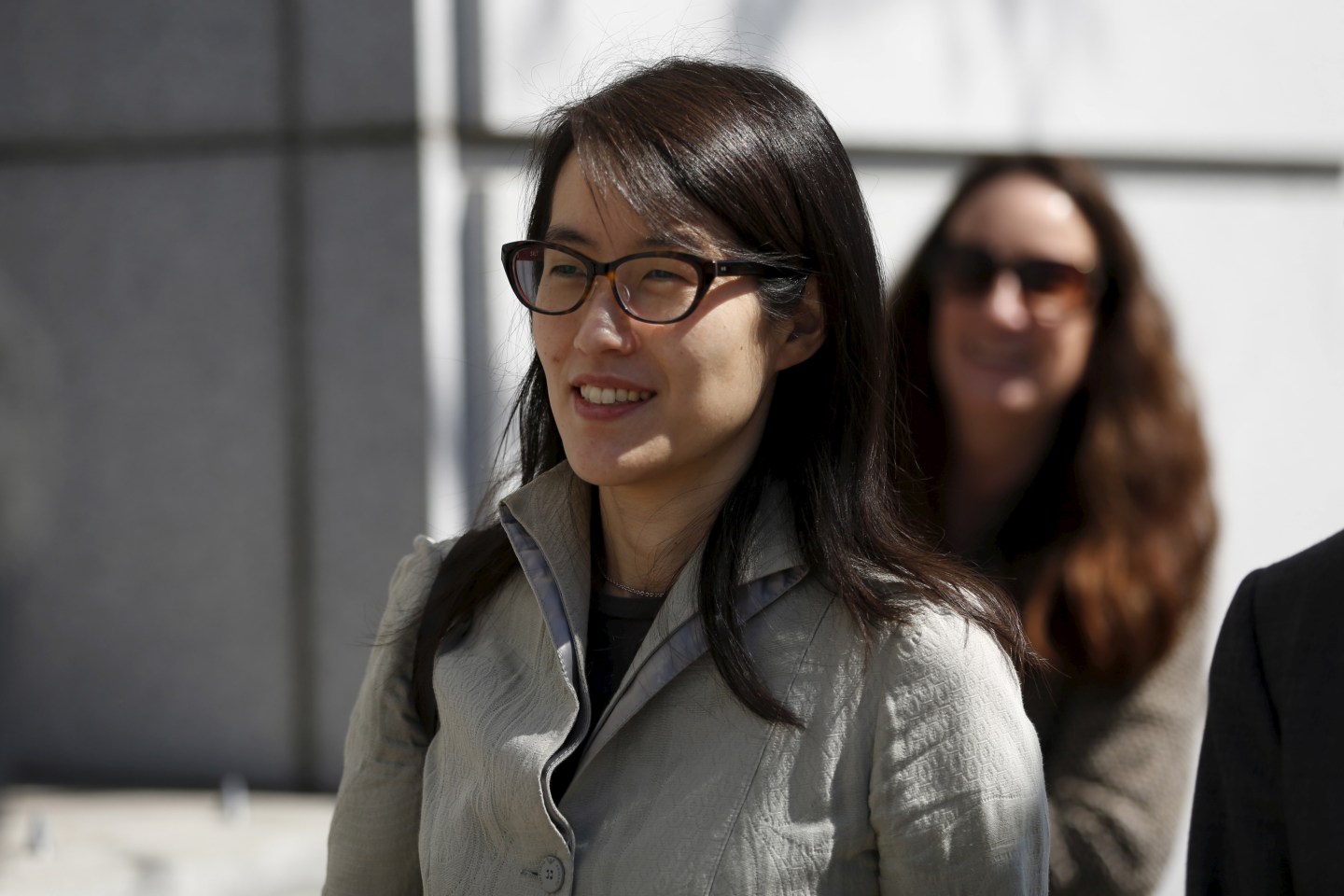 The gender discrimination case against venture capital firm Kleiner Perkins is finally in the hands of the jury after the two sides finished their closing arguments Wednesday.

Following a day and a half of final statements, a six-man, six-woman jury will now decide whether the blue chip Silicon Valley investment firm did in fact discriminate against former employee Ellen Pao. She has accused it of passing her over for promotions and then retaliating against her because of her complaints.

“Throughout this trial, Kleiner Perkins has tried to blame Ellen Pao to distract you from their failure to follow the law,” Therese Lawless, Pao’s attorney, told the jury in a slow but assertive voice Wednesday in one final effort to persuade them. “Every individual is allowed to have the same standards applied to them. That’s what she wanted. That’s why we’re here,” she added, pointing to Pao.

The month-long trial has been closely followed in the tech industry, which is facing intense criticism for its lack of diversity. The closing arguments drew particular attention with a standing room crowd in court on the first day followed by a nearly full room on Wednesday.

Kleiner Perkins’ attorney, Lynne Hermle, kicked off the day by zeroing in on Pao’s “tale of retaliatory woe.” She said Pao had twisted the facts about innocuous incidents to make them seem sinister. For example, Pao had portrayed being asked by a partner to take notes during a meeting as an example of the retaliation she faced. But Hermle said that retaliation had nothing to do with it.

Hermle also went back to a central theme in her defense – that Pao was passed over for promotions and fired because she was unqualified. In fact, she said the firm gave Pao every opportunity and resource to improve her performance including giving her speech and business coaches, and mentoring by senior partners.

“And though she’s pointed an accusatory finger, Ellen Pao failed for one reason and one reason only — her view of her skills and performance was far different from what they were,” Hermle said.

Lawless’ closing argument, in contrast, portrayed an entirely different story: That Pao she had deserved promotions and that she filed her lawsuit to punish Kleiner, and not as an effort to cash in.

Lawless reminded the jurors of 2007, when Pao briefly quit her job at Kleiner because of her frustration with the culture. Yet, she still insisted on warning Kleiner partner — and her mentor — John Doerr that she’d heard that three administrative assistants at the firm had complained of sexual harassment.

“It didn’t help her bringing that up,” Lawless said. “It wasn’t about her. It was ‘you guys need to know this because I’m going to be leaving.’”

Lawless also spent significant time countering Kleiner’s claims that Pao was under-qualified and a performed poorly during her time at the firm. Much of the four weeks of testimony revolved around Pao’s performance and whether she should have been promoted to senior partner. Both sides’ attorneys spent hours going over performance reviews, emails, and other documents to show the jury wildly different view of her.

“There really isn’t any documentation of a poor performer which is what they claim is the reason they terminated her in 2012,” Lawless said. “Really what’s happened here is some revisionist history about Ellen Pao and her contributions to Kleiner Perkins.”

One particular point of contention between the two sides was whether Pao was ever promised she’d get to stay at Kleiner and become an investor. While Kleiner’s witnesses testified over and over that junior partners like Pao usually left after a few years to join a portfolio company, Pao’s attorneys have argued that she made it very clear that her goal was to become a top investor that the firm tried to keep her from that.

“What really really bothers me in this case is that some men think that they can decide what she’s best at,” Lawless said. “That’s not tolerated anymore, it’s illegal.”

To decide in Pao’ favor, nine out of the twelve jurors must agree to any or all four Pao’s four separate claims against Kleiner. If they do so, they will then have to decide whether she is entitled to and how much to award her in compensatory and/or punitive damages. Pao’s claims are as follows, paraphrased:

Pao is seeking compensatory damages for past and future lost wages of up to $16 million plus punitive damages could surpass $100 million.