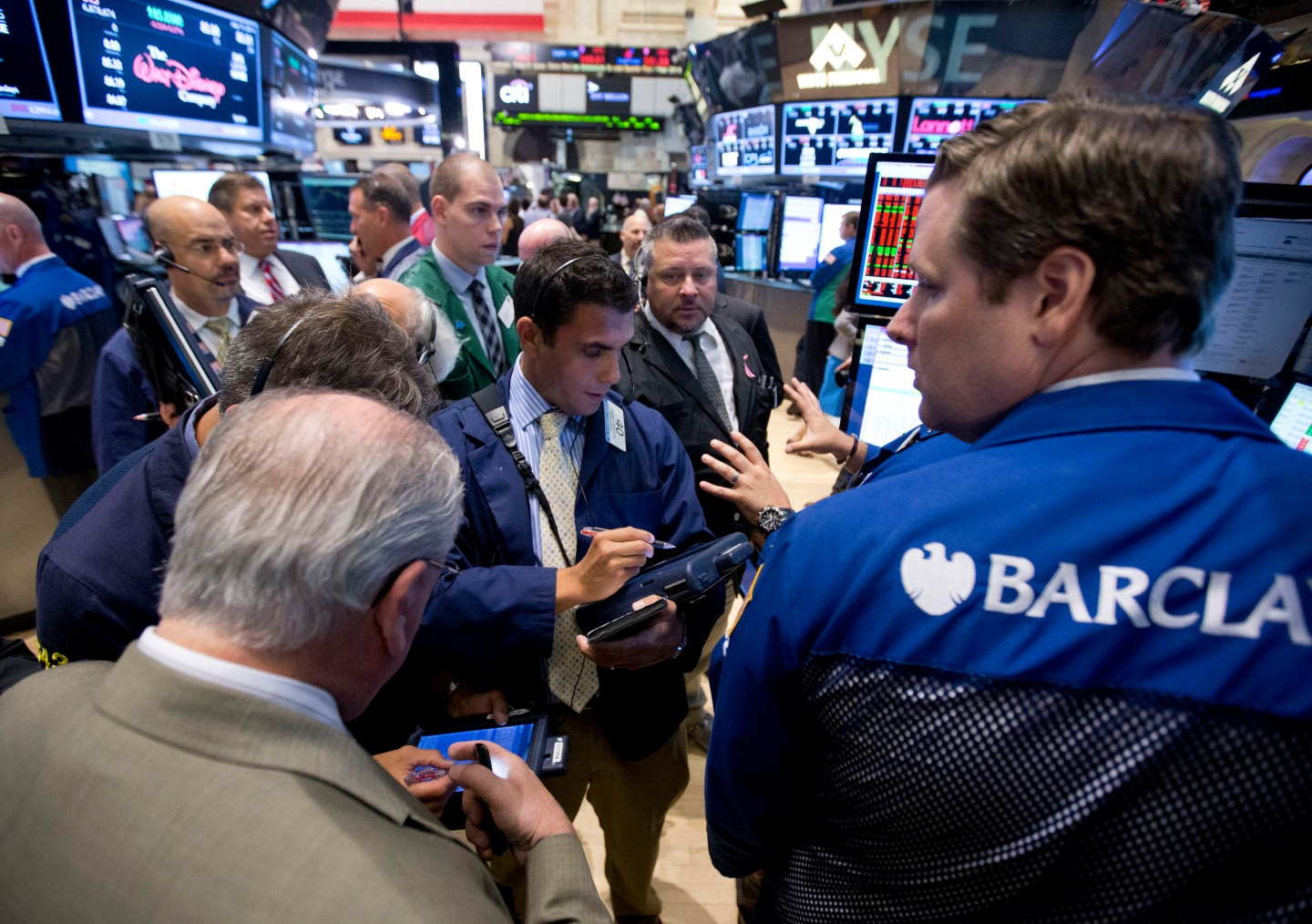 (Reuters) – U.S. stocks rose on Friday, pushing the Nasdaq to a 15-year high and helping the S&P 500 snap a three-week string of losses, following a pullback in the dollar, upbeat results from Nike and further biotech gains.

Recent sharp gains in the U.S. dollar have increased worries about the currency’s impact on the earnings of U.S. multinationals. S&P 500 earnings projections for the first quarter and for 2015 have fallen sharply since Jan. 1.

Among early reporters, Nike jumped 3.7% to $101.98 as the biggest boost to the Dow after it posted a quarterly profit that beat market estimates. The world’s largest sportswear maker sold more higher-margin shoes and apparel but warned that the stronger dollar would take a toll on its current quarter.

The Nasdaq biotech index rose for an eighth straight session, gaining 7.4% since March 10. It climbed 0.5% on Friday, powered by a 9.8% climb in Biogen Idec to $475.98. volume was high. About 9.2 billion shares changed hands on U.S. exchanges, compared with the 6.6 billion average for the month to date, according to data from BATS Global Markets.

The company said its experimental drug became the first Alzheimer’s treatment to significantly slow cognitive decline and reduce brain plaque in patients with early and mild forms of the disease, according to a small study.

Largely behind this week’s gains was a statement from the Federal Reserve on Wednesday which signaled a less aggressive approach to raising interest rates than investors had expected.

“The Federal Reserve’s created a situation where there’s very little alternative to equities, so the path of least resistance for stocks will be up for a period of time,” said Robert Lutts, president, chief investment officer at Cabot Money Management in Salem, Massachusetts.

Wall Street’s fear gauge, the CBOE Volatility Index, was down 7.5%.

Stocks trimmed gains just ahead of the close, which marked the expiration of stock options, index options, index futures and single-stock futures, known as quadruple witching.

The dollar was off 1.5% against a basket of major currencies and registered its biggest weekly decline since 2011.

Tiffany & Co. shares lost 4% to $82.93 after the upscale jeweler said quarterly sales fell for the first time in five years and are expected to decline further in the current quarter, hurt by the strong dollar.

Volume was high. About 9.2 billion shares changed hands on U.S. exchanges, compared with the 6.6 billion daily average for the month to date, according to data from BATS Global Markets.