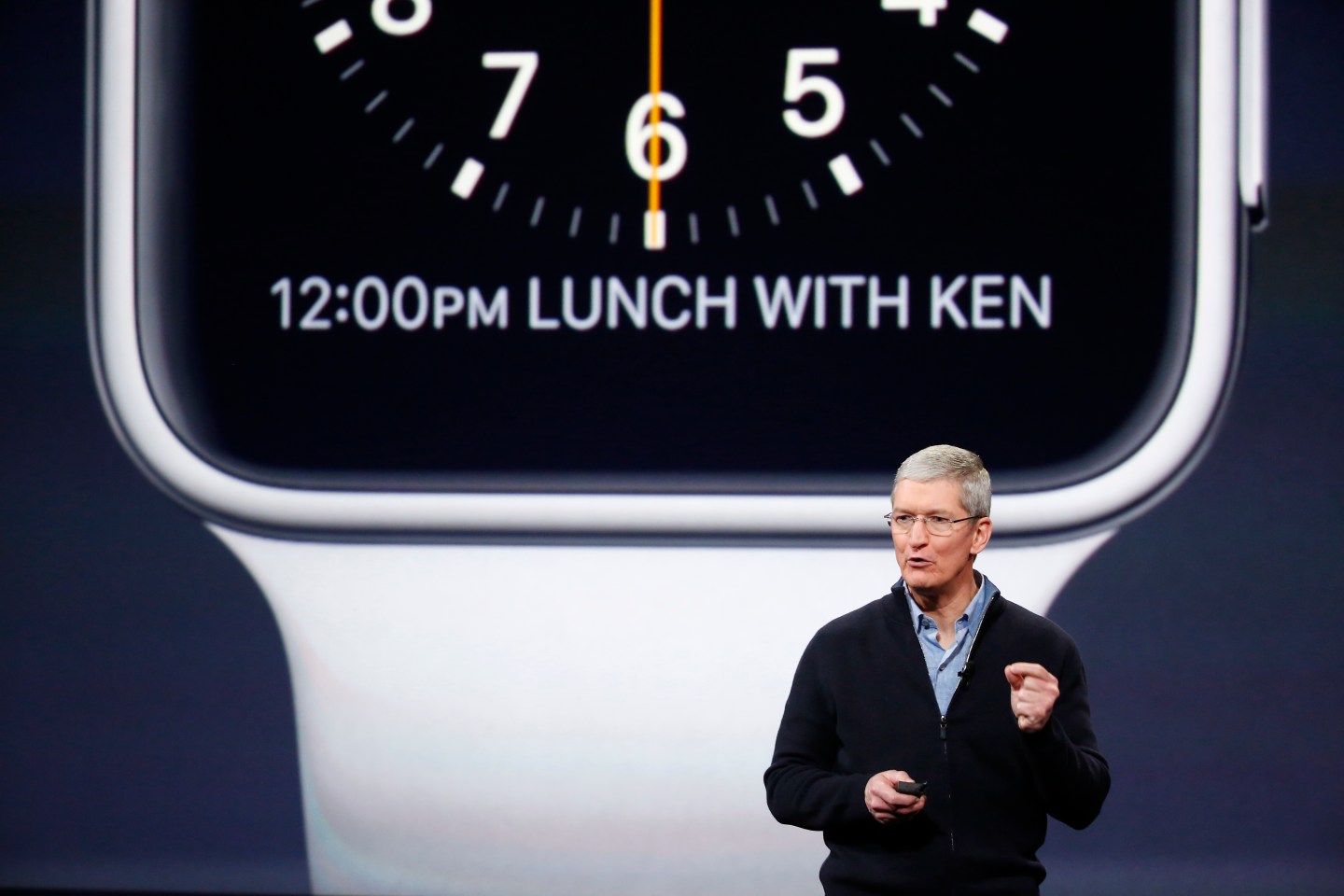 Apple CEO Tim Cook talked about how his company works, the legacy of Steve Jobs and why he doesn’t care that people don’t see the point of the upcoming Apple Watch in a wide-ranging interview with Fast Company published Wednesday morning,

When asked about why people seem to have trouble finding a reason to purchase the soon-to-be-released Apple Watch, Cook drew on parallels from past product launches:

Yes, but people didn’t realize they had to have an iPod, and they really didn’t realize they had to have the iPhone. And the iPad was totally panned. Critics asked, “Why do you need this?” Honestly, I don’t think anything revolutionary that we have done was predicted to be a hit when released. It was only in retrospect that people could see its value. Maybe this will be received the same way.

Cook was also asked about Apple’s move to its new headquarters in the next year, and what that would mean for the company moving forward:

We didn’t predict our employee growth, so we haven’t had a campus that houses everyone. We are spread out in hundreds of buildings, and none of us like that; we hate it. Now we’ll be able to work primarily at that one campus. So, yeah, I’m totally behind that.

The Apple chief also elaborated on why Steve Jobs’ office at Apple headquarters has remained untouched since the Apple co-founder died:

I wanted to keep his office exactly like it was. I was in there with Laurene [Powell Jobs, Steve’s wife] the other day because there are still drawings on the board from the kids. I took Eve [Steve’s daughter] in there over the summer and she saw some things that she had drawn on his white board years earlier.

In the beginning I really didn’t personally want to go in there. It was just too much. Now I get a lot more appreciation out of going in there, even though I don’t go in very often.

You can read the entire interview at Fast Company.