Yes, there is such a thing as a robot petting zoo 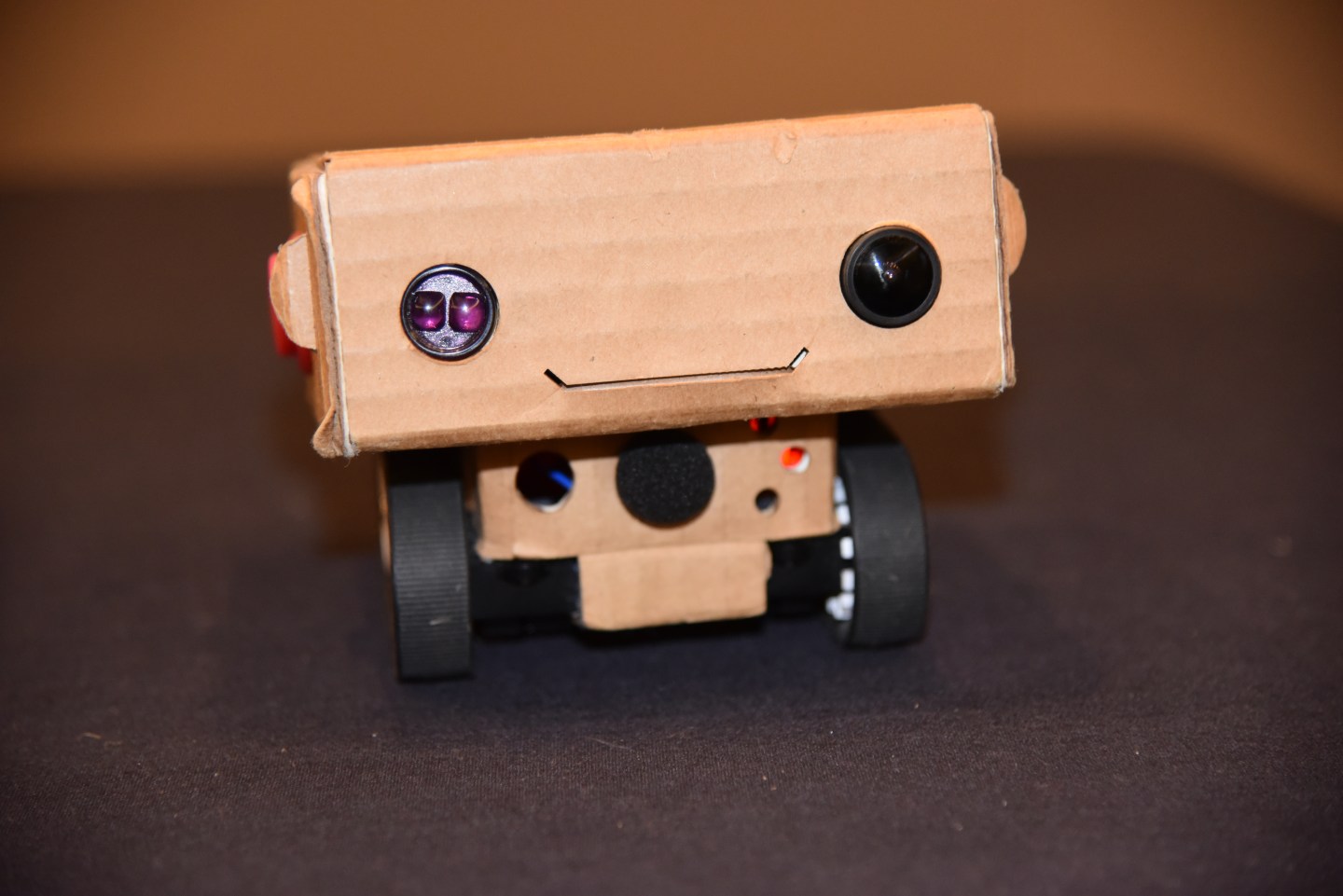 Robots, droids and other forms of artificial intelligence were a recurrent theme in this year’s South by Southwest, spanning dozens of panels.

So it really wasn’t that much of a surprise to find a showcase of the technology tucked away on the third floor of the J.W. Marriott hotel. Set up as a petting zoo, the event showcased some robotic legends, who have already proven their worth alongside up and coming technologies that show lots of potential.

Here’s a look at some of the most impressive on display.

One of the more social robots on display, DAR-1 (say it fast and it sounds like “Darwin”) tracks the face of people who are near it. This face-identification has real world values, though, especially in search-and-rescue operations, as it looks among the rubble of a destroyed area and can alert rescuers.

Creepy or not, it’s hard to ignore a flying monkey. Part drone, part robot, this device (like any drone) can fly into areas humans are unable to reach and provide reconnaissance, something that’s especially helpful when there has been a natural (or other type of) disaster.

As robots become more embedded in society, the need to educate children about them early on becomes more critical. Ozobot is a simplistic robot that introduces children to early programming, letting them direct the device’s movement and behavior simply by drawing red, green, black and blue lines on paper.

Certainly the cutest robot at the show, this tiny cardboard device is actually a documentary filmmaker. Its designers had it approach people on the street and ask them a series of intimately personal questions. The surprisingly candid answers, elicited in part because of the endearing design and in part because the people seemed more comfortable talking to an inanimate object, were compiled into a film by the company.

Still an experimental research project, this robot blends drones and 3D printers, resulting in an unmanned aerial vehicle that can build 3D structures in remote areas automatically. The Muppette blends ingredients to create a cement-like substance that results in strong structures that can withstand the elements and give shelter to people without a roof over their heads.

This robot was utilized heavily after 9/11 to search for survivors among the wreckage of the Twin Towers. It’s a tethered device, which makes it smaller (since it has less dependency on a battery pack) and allows for seamless communication with its handlers. The system’s builders at Texas A&M describe it as a robotic meerkat of sorts, able to raise and lower its head as it searches for victims in collapsed structures.

An off-site demonstrator interacts with attendees through a BeamPro telepresence robot at the Beam booth at the International CES Tuesday, Jan. 6, 2015, in Las Vegas.

Can’t make it into work, but have an important meeting you need to be there for? This robot lets you put in face time – via Facetime. Through the attached tablet, your coworkers (or fellow students, in educational uses) can see you and interact with you, no matter how far away you might be. Doctors can also more quickly check in with patients after surgery. And a handful of museums around the country are using them to guide remote tours.

Drones, for the most part, are unable to carry a significant payload. They’re able to use a camera to search for survivors, but are unable to offer much assistance beyond that. The Xfold drone is a bit stronger, though – able to carry items that weigh up to 17 pounds or so (roughly the amount of two gallons of water). The large nature of the drones also let them fly in less than ideal conditions.