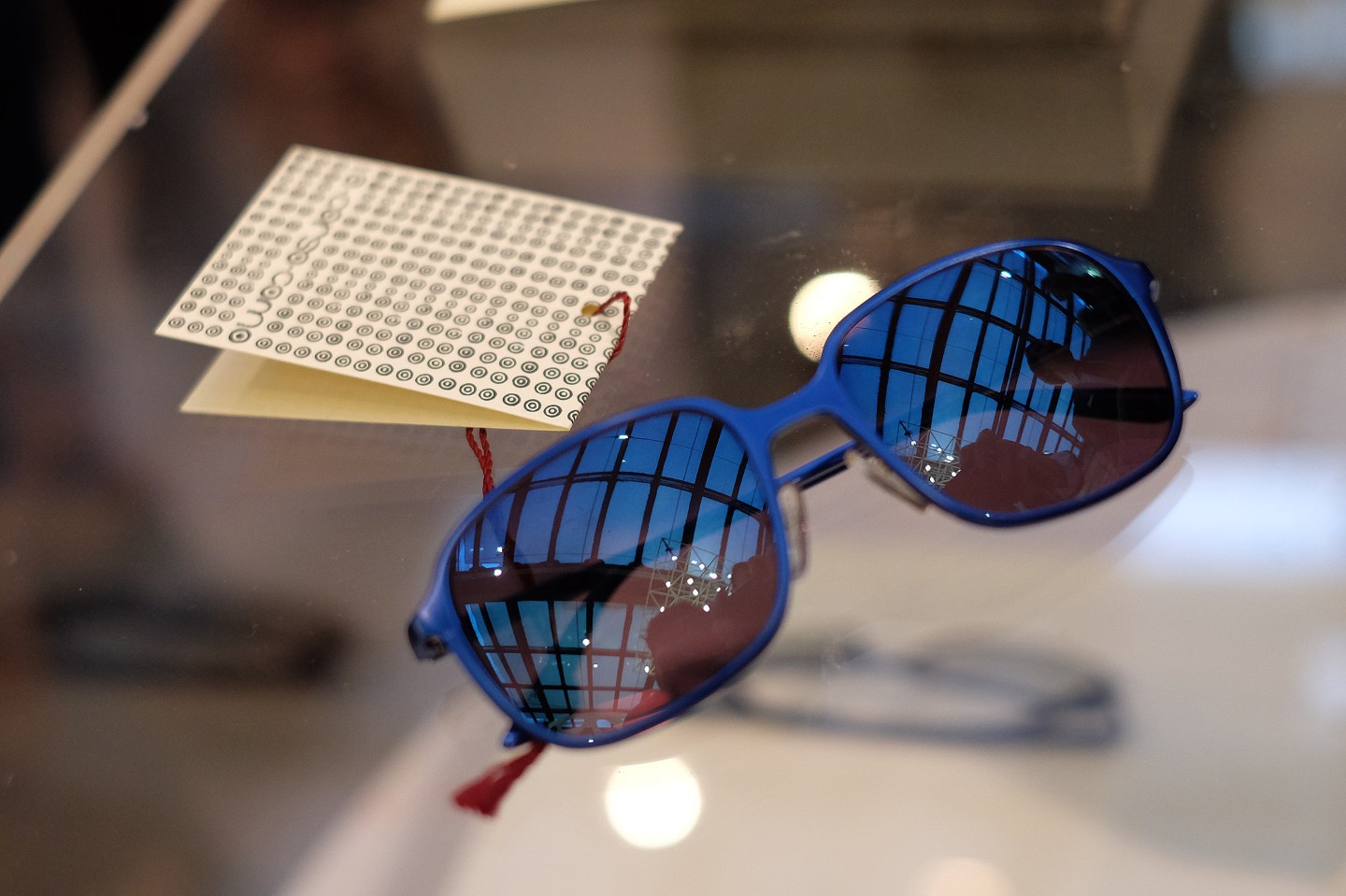 A note issued early Wednesday by Piper Jaffray’s Gene Munster has folks talking about yet another future Apple product.

The subject this time is augmented reality (AR). This is a term of art not to be confused with either virtual reality, those oversized goggles that take over your entire field of vision, or Steve Jobs’ reality distortion field, which if you got too close, according to co-workers, would make you believe whatever he told you.

The best-known applications of AR technology are the $1,500 camera-equipped headsets that Google unveiled with great fanfare — and sky divers — and then sold for 14 months before quietly taking them off the market in January.

It’s hard to imagine Apple ever marketing anything so ugly and intrusive as Google Glass, but the company is clearly interested in the field. Over the past two years it has filed patents covering transparent displays, mobile mapping solutions, iPhone-powered virtual displays and computer vision systems that can identify physical objects in real time.

Based on “conversations with industry contacts within the virtual and augmented reality spaces,” Munster is now convinced that Apple has a small team exploring eyewear enhanced by AR applications. These might include, he suggests, programs that display within your field of vision driving directions, traffic data, retail sales and the names, birthdays and job histories of people you meet face-to-face.

While augmented reality is likely 10 years away from broader consumer adoption,” Munster writes, “we believe it has the potential to be as profound a technology platform as the smartphone today.”

Ticking off a list of prominent Apple hires from the fashion industry — including VP for Special Projects Marc Newson, who has designed several lines of eyeglasses — Munster argues that Apple is uniquely equipped to “combine the technology of augmented reality with attractive fashion/design that users will actually want to wear.”

This is not the first time Munster has made such a prediction. In 2009 he told clients to expect an Apple-branded TV set to hit the market by Christmas 2011, a deadline he’s been pushing back ever since. Yesterday, responding to reports that Apple might be about to market a bundle of TV channels for iOS device (including Apple TV), Munster set a new date for an “actual Apple television”: 2016.

It’s probably fair to assume that Apple is “exploring” every market it might profitably disrupt, from augmented glasses to electric cars. That doesn’t mean it will actually bring a product to market. It’s worth noting that a Fast Company excerpt of the new biography Becoming Steve Jobs quotes Jobs telling Jony Ive in 1997: “I just don’t like television. Apple will never make a TV again.”