Only Chris Christie stands between Tesla and direct sales 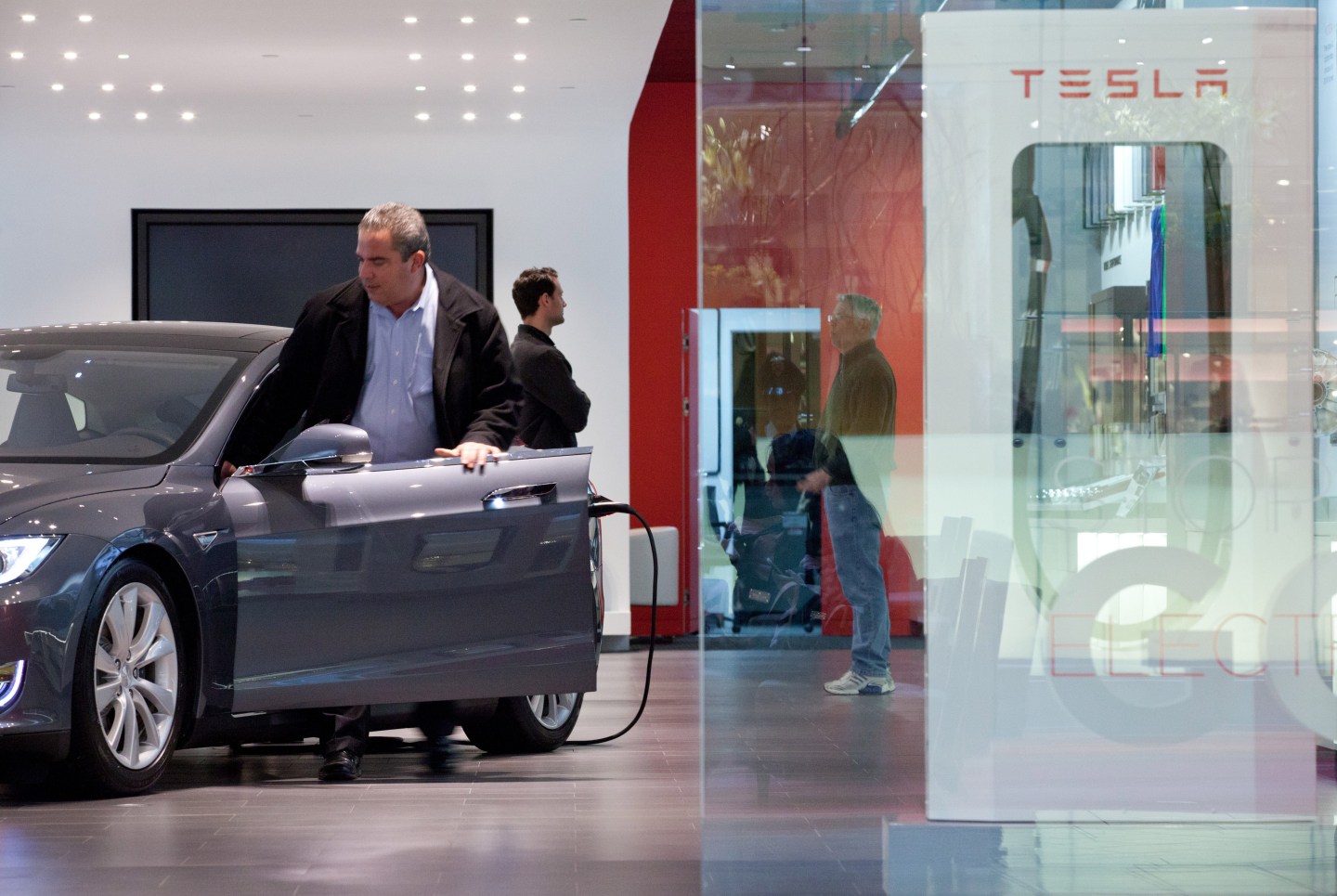 Christie has 45 days to sign a bill that will allow the tech-centric luxury electric automaker (TSLA) to resume sales of its Model S to consumers in the state. The Palo Alto, Calif. company has been banned from selling cars directly to consumers since April 2014, after a decision issued by the state Motor Vehicle Commission.

The state Senate passed the bill, known as S2098/A3216, Monday in a 30-2 vote. The bill, which unanimously passed the Assembly in June 2014, allows zero-emissions vehicle manufacturers to sell cars directly to consumers at up to four licensed locations in New Jersey. Tesla has three galleries in New Jersey, where customers can learn about and test drive the Model S. If the bill is signed, customers will be able to learn the price of the car—and buy it.

Under the bill, automakers that sell directly to customers would also be required to operate at least one retail facility in the state for vehicle service. Tesla already has one service center in Paramus, New Jersey.

Diarmuid O’Connell, Vice President of Business Development for Tesla cheered the vote in a statement, adding it was a win for consumers, the free market and the environment.

“New Jersey residents no longer will be subject to the monopoly of the franchised dealer network,” O’Connell said.

Currently, potential customers have to work with a sales team in New York or Pennsylvania because a decision issued last April by the state Motor Vehicle Commission effectively banned Tesla from selling cars directly to consumers.