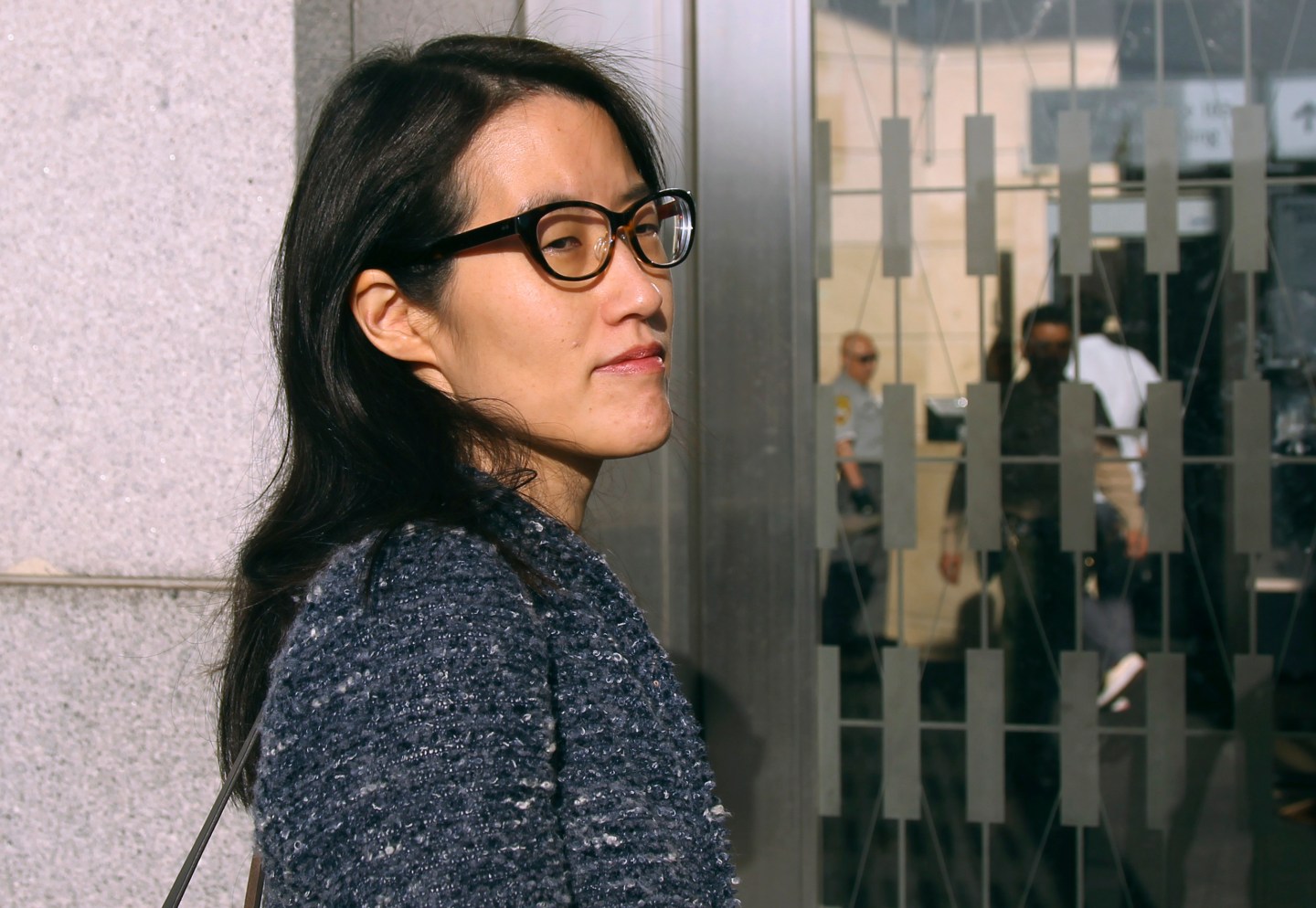 “My wife purchased the book,” he said in court Tuesday as Kleiner’s attorney showed the jury his wife’s shopping history from online retailer Amazon.

Komisar, a senior partner at the firm, explained that the book piqued his interest because, like himself, the author had an affinity for Buddhism. Komisar’s wife eventually suggested the book as a gift to Pao, and he trusted her taste. It seemed especially appropriate because Pao had previously given him a Buddhism-inspired gift.

Lynne Hermle, Kleiner Perkins attorney, played on that theme by asking Komisar whether Pao had seemed offended by the book when he gave it to her and whether she distanced herself from him afterward. His reply was resolute.

“Not at all,” Komisar said about any negative reaction by Pao. “She would come in and talk to me about her ex-boyfriend, her ex-husband… cowboy boots.”

In addition to the book incident, Pao has alleged that Komisar acted inappropriately with her when he invited her to dinner while his wife was out of town. Komisar denied he ever invited her for dinner at that time.

Speaking confidently and earnestly from the stand in San Francisco Superior Court, Komisar also addressed a dispute over the choice of board members at one of the firm’s portfolio companies, RPX. Both he and Pao worked closely with the company. But when it came to choosing a board member, Kleiner pushed for Komisar. Pao, who alleges that she was passed over because of her gender, said that the board wasn’t happy with his performance and wanted to replace him.

“Ellen Pao walked into my office one day and basically said they hated me, and she was wondering whether I should remain on the board,” Komisar said.

Their relationship soured, Komisar said, because he felt betrayed by what he described as her attempt to remove him from the board. “Up until that point, I was working very hard with Ellen to try to help her succeed,” Komisar said.

Pao, who is suing Kleiner Perkins for $16 million, has said she was repeatedly passed over for promotions at the firm and subjected to inappropriate behavior. She says the firm failed to prevent the incidents or address her complaints.

Throughout the trial, Kleiner has countered that Pao lacked the interpersonal skills necessary in venture capital investing and accused her of merely seeking a big payout.

“Your interpersonal skills were key to your success,” Komisar said about what was required of employees at Kleiner Perkins and what Pao, in the firm’s view, lacked.