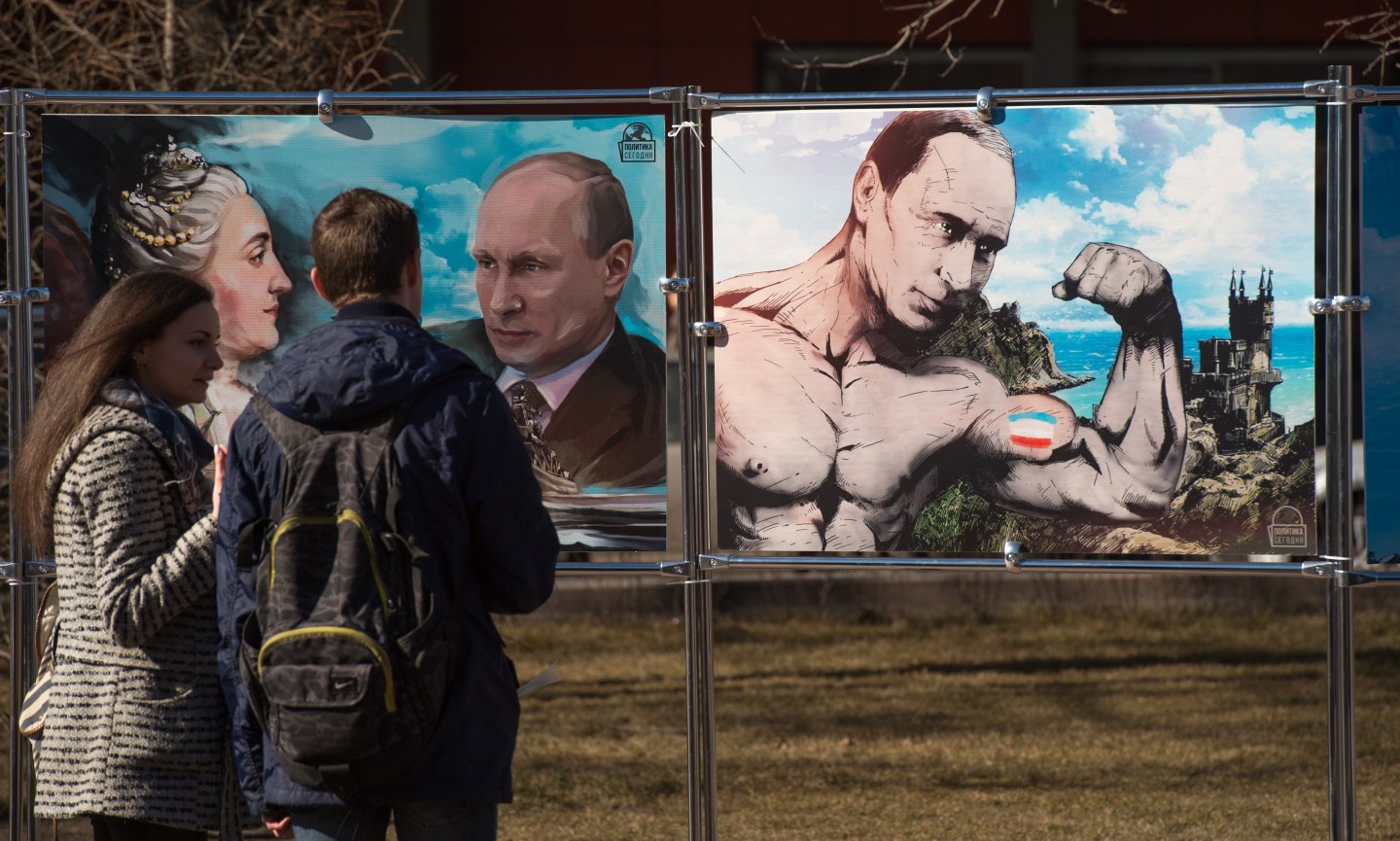 No he’s not in Austria for back surgery. He’s not visiting his newly-born love-child in Switzerland, nor recovering from a Botox touch-up, and he certainly hasn’t been deposed in some palace coup.

Vladimir Putin was back in front of the cameras as promised Monday, ending an 11-day absence from the public that had prompted a wave of unrestrained speculation about his health, private life and political troubles.

Putin was in St. Petersburg, meeting Almazbek Atambayev, the President of Kyrgyzstan, to discuss, among other things, the accession of the tiny central Asian republic to Russia’s new Eurasian Customs Union. But that, frankly, was the least of anyone’s concerns (except Atambayev’s, maybe).

Far more interesting, from the point of real news, was that Putin had ordered a snap test of the combat readiness of Russia’s northern fleet, a massive drill involving over 38,000 servicemen, 41 ships and 110 aircraft, according to RIA Novosti.

Russia has been upgrading its defense capabilities rapidly in recent years after years of neglect in the wake of the Soviet Union’s collapse. The upsurge of activity–much of it on the Ukrainian border and close to the airspace of countries from the U.K. to the Baltics–has caused widespread concern in Europe and the U.S. about Russia’s longer-term intentions.

The announcement of the drill came a day after a documentary was broadcast on Russian state TV in which Putin admitted to planning the annexation of the Ukrainian province of Crimea well before the referendum that was held after armed separatists took over the regional government. Putin went so far as to say that he had considered putting the country’s strategic nuclear forces–still the world’s second -largest after the U.S.’s–on alert during the crisis.

“We were prepared to do it,” Putin said.

Putin’s rhetoric of confrontation with the West is nothing new in itself, but it’s still a departure for him, spontaneously and under no pressure from his interviewer, to talk openly about using the nuclear threat to back up his foreign policy–in this case, the biggest land grab on the European continent since World War 2. Previously, that kind of language had been limited to political commentators like Dmitry Kiselyov, who had reminded his audience of Russia’s ability to reduce the U.S. to “radioactive dust” last year.

Putin said that a secret poll he had ordered before the annexation had shown that 75% of the population in Crimea were in favor of uniting with Russia. He didn’t elaborate on how the poll had been carried out.

Sarah Lain, a research fellow with the Royal United Services Institute in London, said the documentary appeared first and foremost to be aimed at playing up Putin’s role in the events of last year.

“It supports his strongman’s image,” Lain said, adding that incidents like last week’s absence–which remains unexplained even on Monday–can have a debilitating effect on national politics.

“If he’s seen to be weak, it can shake the whole system,” Lain said.

Separately, the Kremlin also announced Monday that a meeting between Putin and the presidents of Kazakhstan and Belarus, which had been postponed at short notice last week, will now take place Friday, indicating that whatever it was that caused Putin’s absence from view isn’t expected to be a problem again, at least in the near term.

Oh, and a message from Dmitry Peskov, Putin’s spokesman, for those who are still concerned about Putin’s health.

“The President is feeling fine,” he told Interfax. “We’ve already said so ten times…we don’t want to talk about this topic any more.”