Checking in on the very best chef’s tables in America 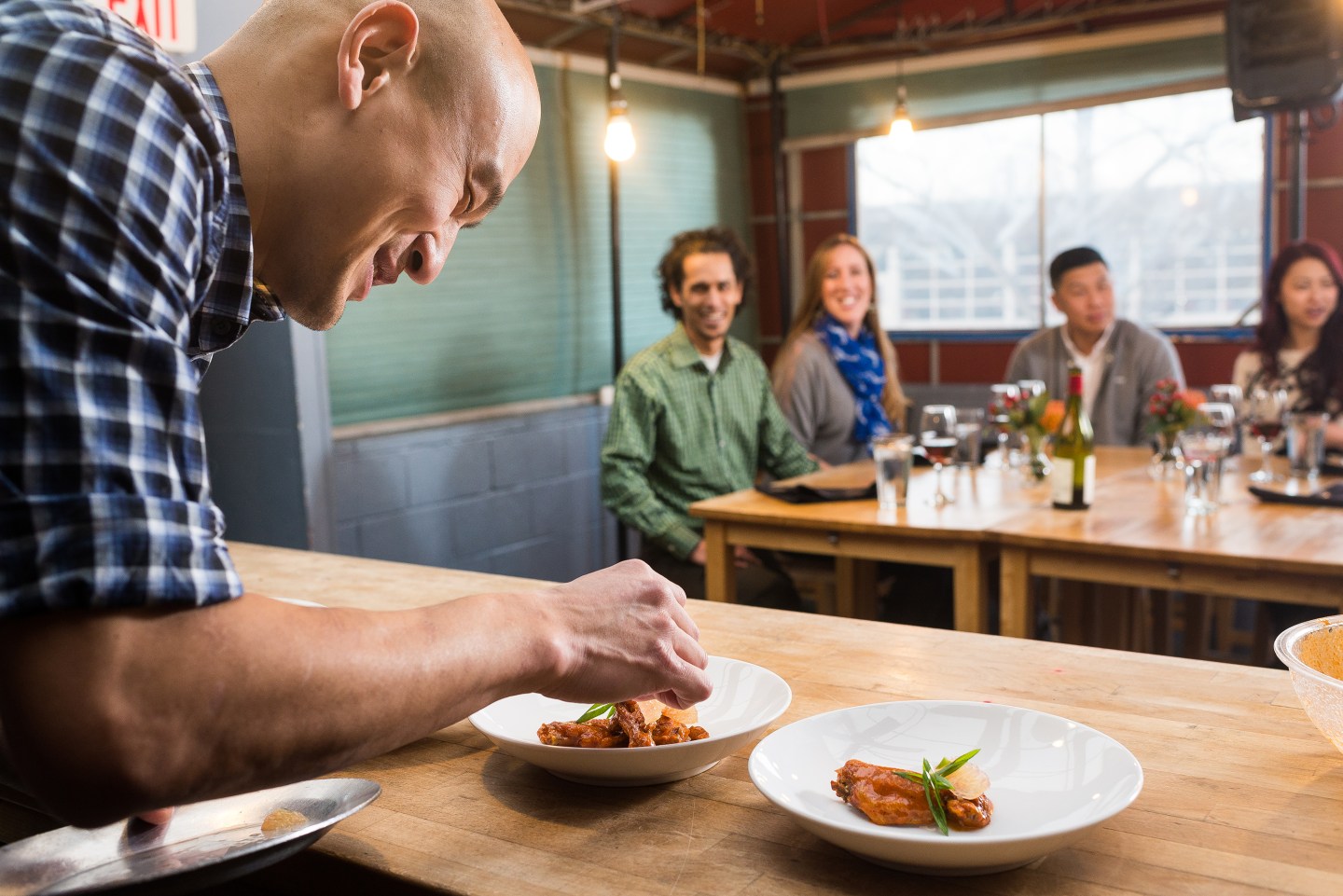 Rey Lopez Under a Bushel.com

This post is in partnership with Travel + Leisure. The article below was originally published at Travel+Leisure.com.

It used to be that a seat at the chef’s table was exclusively a white-tablecloth and tuxedo’d-server affair, with a brow-raising pricetag in line with the formality. Sometimes, the experience lived up to the price—think restaurants like The Inn at Little Washington and 42 Grams—but in recent years great chef tables of all types have popped up across the country. The scene now flowers with avant-garde cocktails (at The Aviary in Chicago), a front-row seat at a super-casual seafood mecca (at Pearl Dive Oyster Palace in D.C.), or a stellar, multi-course sushi tasting (at Umi in Atlanta). For the full list of got-to-gos, read on.

D.C. restaurateur Jeff Black’s Pearl Dive Oyster Palace is notorious for its extra-long wait times (it only takes reservations before 7 p.m.), which makes its reservations-only chef table, a.k.a. a hush-hush way to avoid the queue, even more valuable. There’s no stuffy prix fixe here, just bites of bacon-wrapped oysters and crawfish etouffee in between chats with the chefs. Bonus: exclusive amuse-bouches and intermezzos.

With just two seatings a night, the eight-seat chef’s counter is akin to attending a private dinner party at a friend’s house—if that friend happened to be a two-star Michelin chef. The 18-seat restaurant, ran by chef-owner Jake Bickelhaupt and his wife Alexa, is anchored around its open kitchen, which dishes out Asian-influenced plates like peekytoe crab with blood orange and Japanese A5 wagyu with bone marrow. The prix-fixe menu runs $243 a person, including tax and tip.

Umi’s 23-foot white oak sushi bar is easily the best seat in the house. Celebrity elbow-rubbing is likely, though the real perk is Tokyo-born chef-co-owner Fuyuhiko Ito’s omakase menu (meaning chef’s-choice). There are three versions, but the top-tier edition, dubbed Ito-Kase, is only available at the counter. Expect six-ish courses, with dishes like scored avocado with wasabi vinaigrette and buttery black cod glazed in miso. Also: sashimi and nigiri platters bursting with live scallop, sea urchin and otoro tuna, often spiked with truffled-soy and caviar. Sushi this fresh—shipments from Japan’s legendary Tsukiji Market are flown in daily—usually requires a transpacific flight. The Ito-Kase menu is market priced, but expect to shell out roughly $175 a person.