This could be Apple’s secret Apple Watch strategy 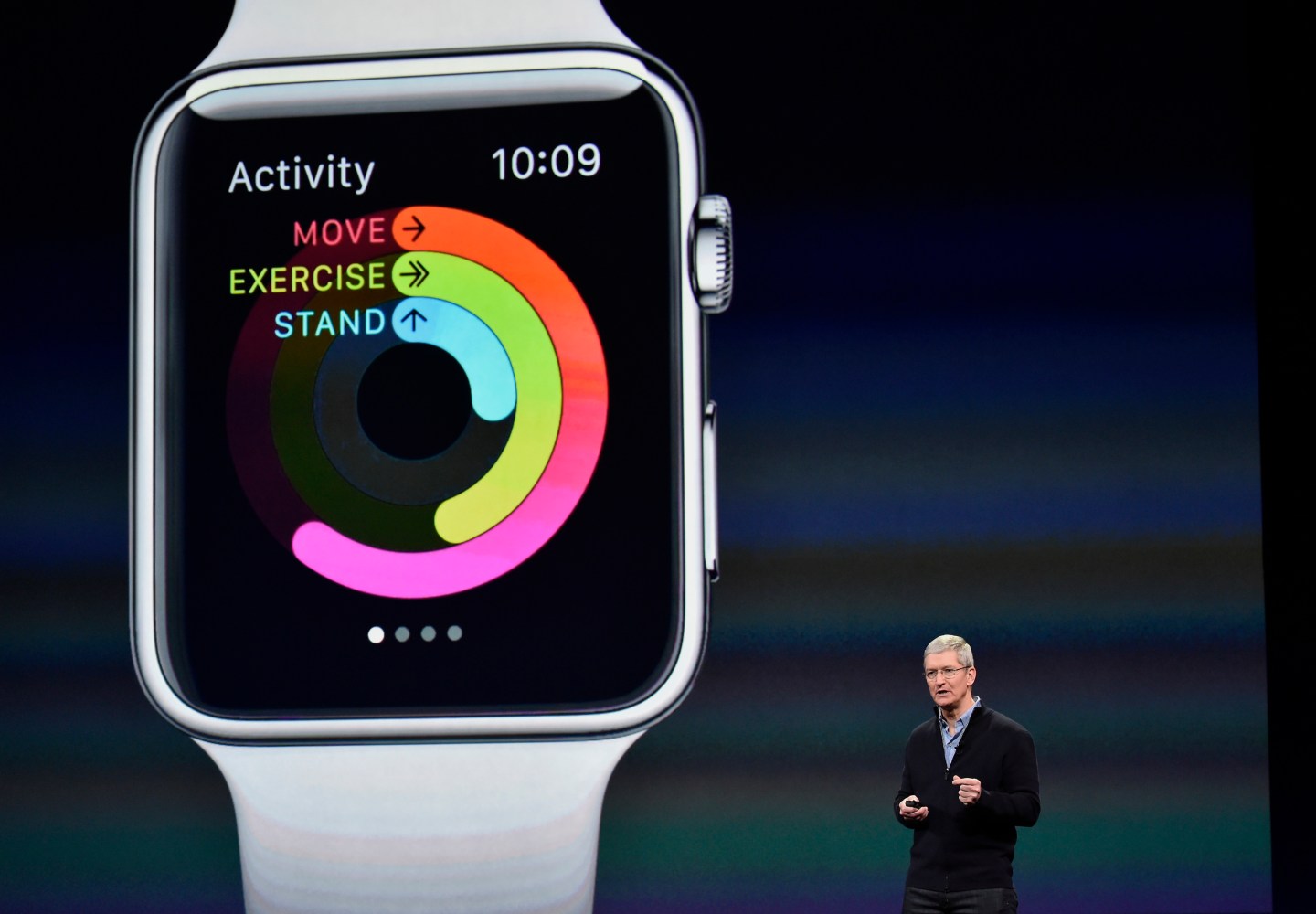 Tim Cook, chief executive officer of Apple Inc., speaks during the Apple Inc. Spring Forward event in San Francisco, California, U.S., on Monday, March 9, 2015. Cook returns to the spotlight to answer questions on many of the Apple Watch's key selling points, including price range, battery life and when in April it will reach stores. Photographer: David Paul Morris/Bloomberg via Getty Images
Photograph by David Paul Morris — Bloomberg via Getty Images

In Apple (AAPL) CEO Tim Cook’s words, the Apple Watch is “incredibly beautiful.” But some are saying it’s “incredibly unnecessary.”

Apple followers haven’t been shy in arguing that the upcoming Apple Watch will be a flop. Dismissive reviews of Apple’s first wearable are plentiful (“a thick, ugly clunker,” “a very stupid idea“), while analysts’ fresh estimates of first-year sales have trended on the low side. Investors haven’t been too optimistic either: Apple’s stock fell 2% Tuesday, a day after it unveiled more Apple Watch details.

But what few realize is that Apple has a 3.7 million square mile ace up its sleeve: China.

It’s no secret that Chinese consumers love their Apple products. Chinese resellers and admirers alike traveled the world and lined up for days to sweep up Apple’s latest iPhone last fall. Some constructed iPhone 6 “undergarments” to bypass customs duties on the way home. One man even used 99 iPhone 6 units to propose to his girlfriend. (She said no.)

Now, with the Apple Watch heading to China on April 24, the country’s Apple fans have already begun generating outlandish headlines. A Guangzhou man was arrested this week for selling drugs in order to finance his Apple Watch, clearly unwilling to settle for one of many cheap knockoff Apple Watches fresh on China’s black market. Those counterfeits are good news for Apple—they’re an indication demand will be high for the real thing. Previous wearables, like Samsung’s Galaxy Gear, had never been popular enough to make it into China’s counterfeit market.

Apple, then, is likely counting on its legions of Chinese fans to scoop up Apple Watches to help boost worldwide sales. But China is no back-up plan. In fact, given Apple’s loyal following in China, the Apple Watch could very well have been made for China.

Even better for Apple is how much Chinese consumers value brand names in luxury goods. According to Digital Luxury Group’s (DLG) 2014 report, 73% of online searches for luxury watches are about brand names, almost twice the rate of Americans. Apple’s brand recognition could seal the deal for the Apple Watch in China—but it could also hurt sales in the U.S., where Apple is seen as a tech brand rather than a fashion label:

All this will help ease sticker shock, too. While Americans will compare the Apple Watch’s $349-$17,000 price tag to the cost of consumer electronics, Chinese consumers are more likely to stack it up against luxury timepieces. The worldwide median price of a luxury watch is about $10,700, according to DLG. That means the Apple Watch Sport (starting $349) and Apple Watch (starting $549) are inexpensive by comparison, while the gold and silver Apple Watch Edition models that start at $10,000 aren’t crazy purchases. China’s luxury timepiece market is also growing rapidly, partially thanks to the rise in Chinese women’s incomes:

Of course, Apple has spent years laying the groundwork in China for a potential hit with the Apple Watch. It sealed a “watershed” deal with state-owned China Mobile in 2013 to ensure China’s largest mobile network supported iPhones, an agreement that was in the making as far back as in 2007 when the first iPhone launched. Apple also recently brought its iPhone 6 and iPhone 6 Plus to China, which sport the larger screens Chinese users have long demanded. Apple shipped a record-breaking 74.5 million iPhones worldwide last quarter, and while Apple doesn’t breakdown shipments by country, UBS estimates that China now claims 36% of the iPhone market, surpassing the U.S. for the first time.

And Apple has already linked the Apple Watch to China. The company’s March 9 event kicked off with a video showing the opening of a new flagship Apple Store in China, where the retail locations are set to double by mid-2016. Later, Apple showed off the Apple Watch’s compatibility with WeChat, a wildly popular messaging app in China. It was a wise move, as Chinese users have expressed worry that Apple Watch’s screen is too small for the app.

So while Apple Watch’s relevance in the West may continue to be questioned, the wearable has a clear place in China. Given how lucrativeChina has been for Apple, whether or not China loves the Apple Watch could be precisely what makes or breaks the device initial reception.