Data point to much sharper slowdown in Chinese economy 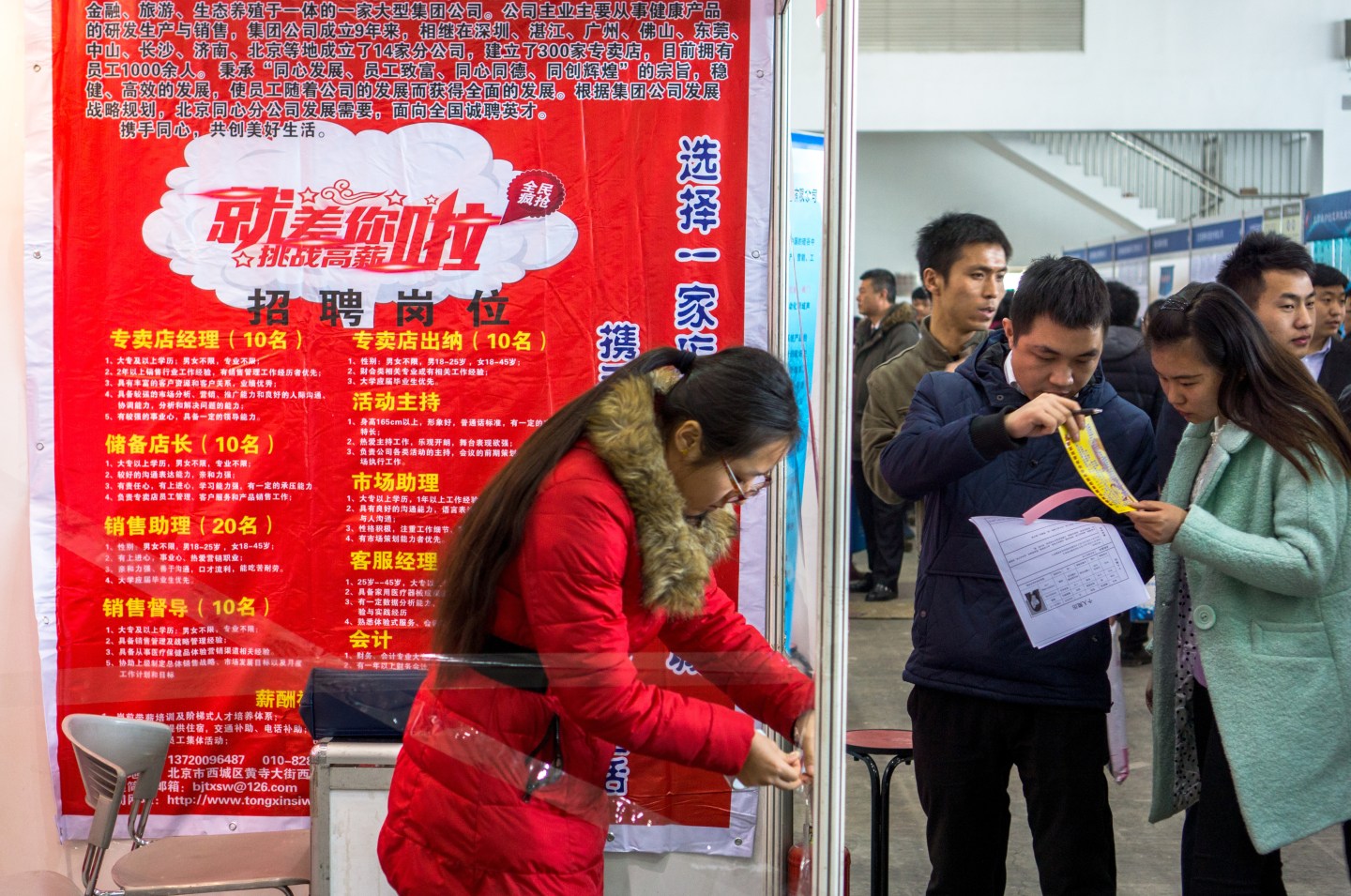 China’s economy is slowing at a much sharper rate than previously thought, according to a raft of data out Tuesday.

Figures for industrial production, retail sales and investment in fixed assets in the first two months of the year all fell well short of market expectations, prompting fresh speculation that Beijing will have to resort to more stimulus measures to meet what is already its most modest growth target in over 20 years.

The slowdown in China is widely seen as one of the biggest threats to the world economy this year, with the Federal Reserve also singling it out as a particular risk to the U.S. recovery.

According to the National Bureau of Statistics, industrial output in January and February was up only 6.8% from a year earlier, the slowest since the trough of the 2009 downturn, and clearly below the 7.8% rate forecast by economists. At the same time, the rate of growth in investment in fixed assets fell to 13.9% from 15.7% in December.

China bundles many of its data for the first two months of the year in order to smooth out the effect of the Lunar New Year holiday, which can fall in either month.

Government officials have been generally sanguine about signs of slowing industrial growth, as it’s in line with their longer-term strategy of re-orienting the economy more to domestic consumption and services.

But the figures showed that consumption, too, is slowing appreciably–albeit to rates that developed economies would consider alarmingly high. Retail sales grew 10.7% on the year, down from a rate of 11.9% in December.

For the moment, the services sector is still creating more than enough jobs to offset labor-shedding in a manufacturing sector that is bearing the brunt of the slowdown. However, the newspaper China News Tuesday quoted China’s Minister of Human Resources and Social Security Yin Weimin as saying that the government’s employment goals will be “difficult to achieve” if the slowdown continues.

Such comments have raised the expectation of more stimulus, due to Beijing’s increasing focus on employment levels. Analysts at ANZ bank in Hong Kong note that around 15 million students will graduate from vocation, technical or middle schools this year, with many more migrating from rural areas to cities in search of work.

Last week, China joined the swelling ranks of those countries that have relaxed monetary policy to support growth. The central bank cut its reserve requirement ratio for large banks by 0.50 percent to 19.5%, freeing up some 600 billion yuan ($96 billion) for the banks to deploy. It has also cut official interest rates twice in three months, although official rates don’t have quite the same impact in China as they do in developed markets, owing to the way financial markets are regulated.

Whether all that will be enough to keep the economy on an even keel is another question. A massive bubble in property development is still deflating (housing sales were down 16% year-on-year), and drastic intervention from Beijing may be needed to prevent a wage of damaging defaults.

Moreover, the risk of deflation appears to be increasing rather than decreasing. Producer prices fell by 4.8% in the year through February, the NBS reported Monday, the biggest drop since 2009.