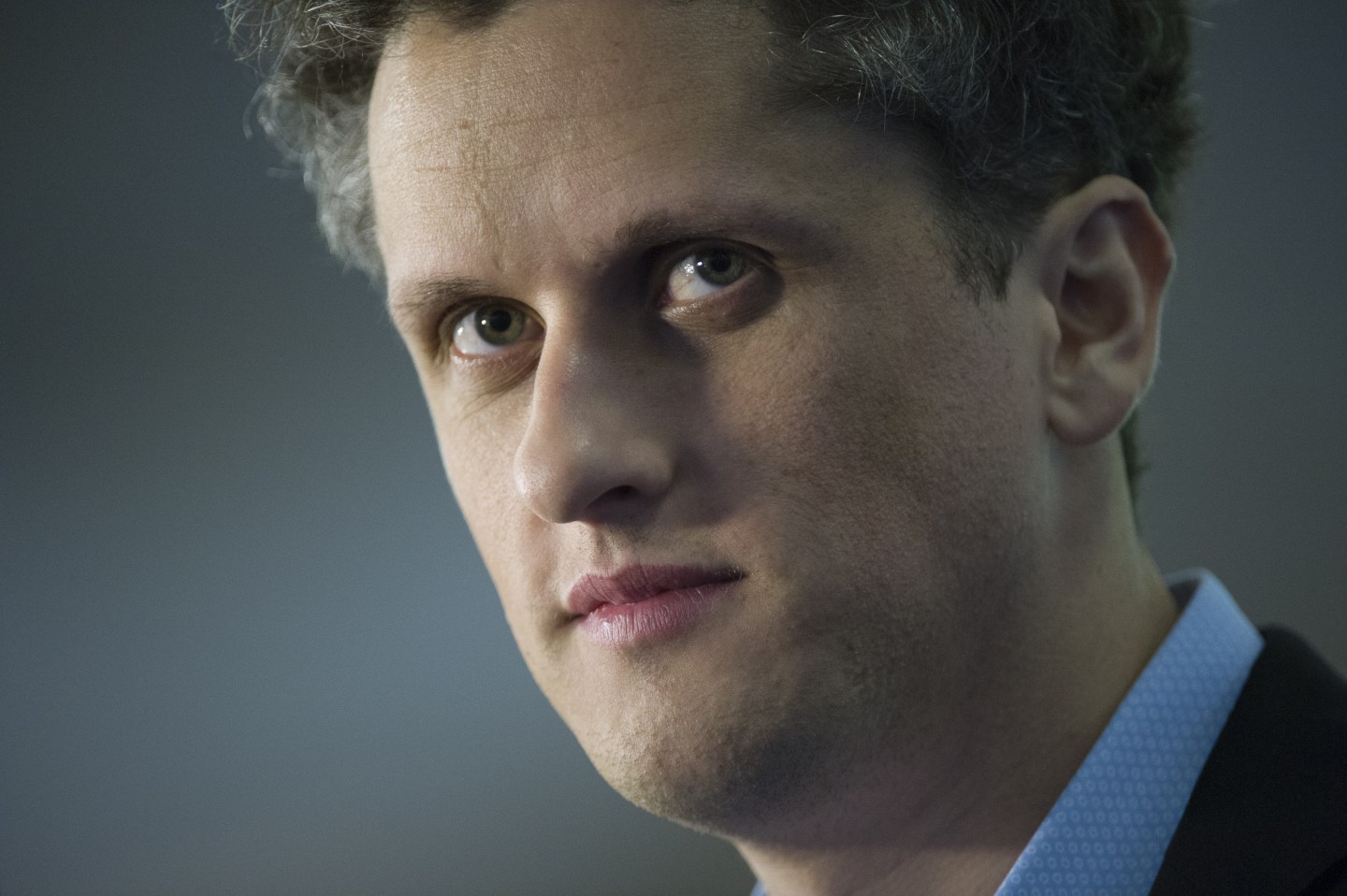 You’ve got to feel for Nero.

The Roman emperor is best known for fiddling as the Eternal City burned, even though fiddles didn’t exist in Rome in 64 A.D. Documents suggest Nero wasn’t even in town when the Great Fire took hold, and upon hearing the news, he rushed back to the city to organize a self-funded relief effort. No matter the truth—the world loves a clever turn of phrase.

As Aaron Levie took a breath to begin his first earnings call as CEO of a public company, investors were taking to his Rome—that’d be Box, the business software company—with glee and gasoline. Shares of the company (BOX) were down a breathtaking 17%, to $17.05, in the first 75 minutes of after-hours trading before steadily retreating to about $18.

Box’s share price continued to plummet even as Levie opened his statement with a correction. Investors tallied the wrong share count, he said, which led to an incorrect consensus on non-GAAP earnings per share. The Los Altos, Calif. company reported GAAP losses of $2.64 on quarterly earnings of $62.6 million. (Non-GAAP losses were $1.65.) The company posted 74% revenue growth year over year, to $216.4 million.

The key figure for Box? Operating margin. Non-GAAP figures improved by 58 points year over year, CFO Dylan Smith said, demonstrating that the company was on a path to profitability. Box expects revenue to be between $63 million and $64 million in the first quarter of 2016 with a non-GAAP operating loss between 56% and 58% of revenue. For the full year, it expects revenue between $281 million and $285 million.

“We continue to invest aggressively to capture our large market opportunity,” Levie said, tearing through his opening remarks so quickly that he occasionally got ahead of himself. He cited AstraZeneca, Dignity Health, Warner Music Group, Canon USA, and Hyundai Automotive as new accounts. “When we look at the industry landscape today, we see a re-platforming of industry technology” to the cloud. First there was Workday, Salesforce, Netsuite. Now? Box. “We’re going after an addressable market that’s $25 billion annually—and growing,” he said.

When I was chatting with a Box employee last week about today’s call, she expressed concern that Levie—like any CEO in his position—risked appearing defensive, as Twitter CEO Dick Costolo did during his difficult first earnings call after Twitter posted lackluster earnings. Her comparison meant no disrespect to either executive: For most high-profile startups—especially those on Fortune‘s Unicorn List—that first public quarter is a difficult moment of transition in which investors’ high-flying expectations drop to the realities of earth. It can be difficult for an executive, however eloquent, to navigate this on a phone call.

Levie didn’t seem to flinch. “Every large business in the world is investing deeply to secure their information,” he said, justifying the company’s recent focus on cyber security applications. “CEOs, CIOs, and boards of directors are increasingly aware.” He outlined Box Trust, the company’s security-minded partner network; Box Enterprise Key Management, a tool that manages user access; and Box for Financial Services, an set of services tailored to that industry’s needs.

Levie said Box is now seen as an “enterprise-wide solution for content management and collaboration,” and no longer the exclusive domain of CIOs. He listed General Electric, Eli Lilly, and Schneider Electric as major customers, and promised: “You’ll see more of those large deals increasing.” And he embraced the complications behind the scenes.

“We can do deeper and farther than most of our competition,” he said. “We don’t shy away from complexity.”

He also had a few words to say about Microsoft CEO Satya Nadella, whose company Box continues to partner with in various areas. Nadella “is really trying to drive a new kind of openness” at Microsoft by allowing Box to integrate its products with theirs, Levie says, despite the fact that the two companies directly compete in some areas. “They just have a much broader and holistic view” under Nadella, Levie said.

It’s as if he was speaking to his own investors.

Correction, March 13, 2015: An earlier version of this article misstated Box’s non-GAAP quarterly loss per share. It was $1.64.