What Rebekah Brooks can teach us about power 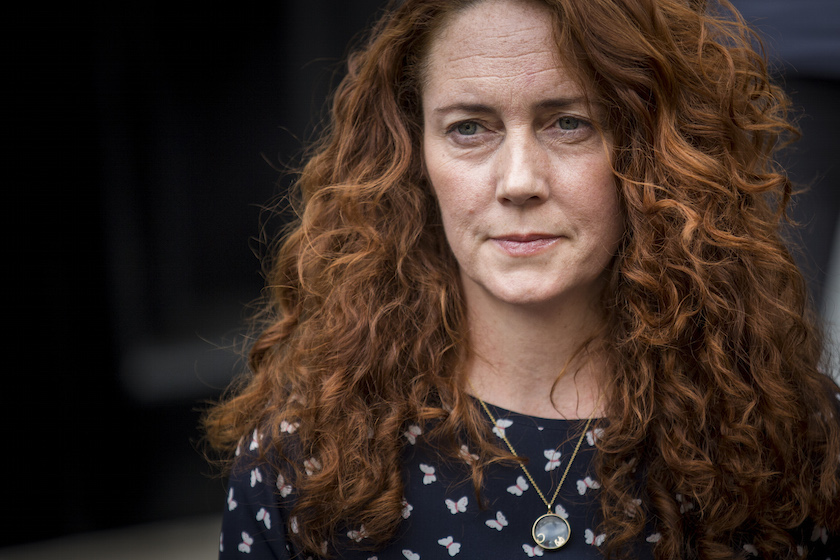 Rebekah Brooks, former editor of the U.K.’s The News of the World and The Sun, confidante of British Prime Minister David Cameron, and a favorite of Rupert Murdoch, is back. Acquitted of phone hacking and three other charges last summer, recent reports suggest that she may be returning to News Corp to take on an executive role, leading the media company’s digital initiatives.

Profiles of Brooks, who rose from being a secretary to one of the most powerful people in British journalism, invariably mention her toughness, willingness to bend if not break the rules, her networking ability, her capacity to manage up, and her combination of “charm, effrontery, audacity, and tenacity.” She displays confidence and is not afraid to use profanity and exact revenge against those who cross her. In short, she seems to behave in ways that defy common stereotypes about women.

Brooks sounds a lot like Martha Stewart, who bounced back from an insider trading conviction to become one of the hottest selling brands, pursued by both J. C. Penney and Macys. Stewart, who is often described as “cold and distant,” also eschews attempts to be likeable and is notoriously hard on her employees. She, like Brooks, is said to have enormous self-confidence and “provides a refreshingly clear path to success: work hard, know your value, and have enough confidence in your work and value to keep pressing forward whether or not people seem to like you.”

During the course I teach at Stanford on power, people ask me about this advice all the time. That’s because the common media narrative is that “when women speak up in negotiations or other meetings, they are often penalized for doing so,” a position used to criticize technology researcher and commentator Vivek Wadhwa and his recommendations that women display confidence in work situations. The common takeaways from much of the research on this issue are wrong. Here’s why.

I haven’t read every single study, but I have read many of them, including the one recently cited by New York Times columnist Farhad Manjoo. These studies all have the same problem: the people being asked to evaluate others face no consequences for their decisions. For instance, people are presented written or video materials and then asked whether or not they would hypothetically be willing to work with the other person or their evaluation of that person. But the study participants don’t confront a situation of outcome interdependence. By that I mean they don’t have to actually work with the person they are evaluating. They are not in a position in which the study participants’ fortunes depend at least partly on the behavior of the person being evaluated.

In the real world, outcome interdependence is common. If I choose a subordinate, select an advisor, or help pick a co-worker or teammate, my own outcomes depend on the skill and drive of the person selected. Absent that outcome interdependence, I am much more likely to evaluate others on their likeability, which is partly determined by how they conform to role expectations, including gender role expectations.

A Stanford doctoral student, Peter Belmi, and I have a manuscript in preparation summarizing three studies showing this effect: outcome dependence changes how people weigh competence versus likeability when evaluating others. Likeability is more important when study participants’ outcomes don’t depend on the other person, and competence becomes comparatively more important when they do.

So, the next time you read about a study showing that anger or being demanding penalizes women, look at the details. If the study participants faced no real consequences for their choices, of course they preferred more likeable and less role-discrepant behavior.

But when people need to get things done—in journalism, or retailing, or, for that matter, running a large corporation—they choose people who can make things happen, whether or not the people are nice or fit some stereotype.

That’s the lesson to learn from watching the comebacks of Rebekah Brooks, Martha Stewart, and the many other women who don’t conform to what they are supposed to be and do. They don’t have to. Their ability to get stuff done overrides other considerations.

Jeffrey Pfeffer is Thomas D. Dee II Professor of Organizational Behavior at Stanford’s Graduate School of Business. His latest book, Leadership B.S.: Fixing Workplaces and Careers One Truth at a Time, will be published in September 2015 by HarperCollins.