Sheryl Sandberg leans in… to the NBA 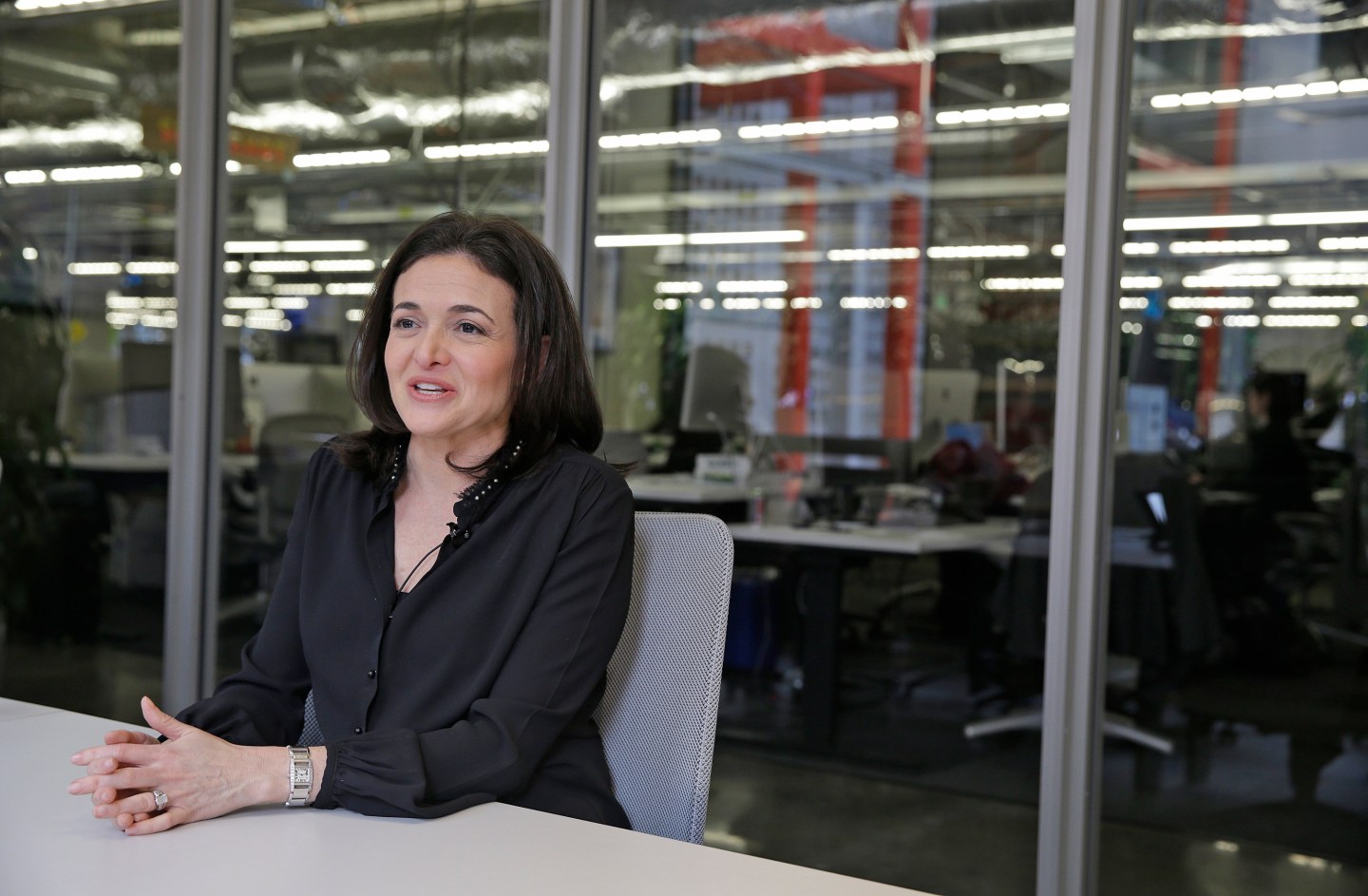 The National Basketball Association is already king of American sports leagues on Facebook. Its 27.4 million fans on the social networking site dwarves the NFL’s 12.6 million and the 6.3 million on MLB’s page. And now the NBA is “leaning in” further with Facebook’s COO, Sheryl Sandberg.

Today the league announced a new partnership with Sandberg and her Lean In movement, named after her book of the same name.

Using the hashtag #LeanInTogether, the NBA and WNBA are encouraging fans to support gender equality in the workplace and at home. As part of the new push, LeanIn.org released a video PSA that features stars like Dwyane Wade, Chris Bosh, and Skylar Diggins. “When men lean in for equality, everyone wins,” reads the video description. In the spot, players wear shirts that show the hashtag, and some hold signs with positive catchphrases. “Show the world you support women at work,” says Diggins, “and at home.”

In a press release, NBA commissioner Adam Silver said that the NBA, “is committed to creating a work environment that expects—and benefits from—gender equality.” Sandberg, in the same release, said in a statement, “Men should support their wives and daughters at home and their female colleagues in the workplace, not just because it’s the right thing to do, but because it’s great for them.”

There is a way of looking at this news as yet another win for NBA Commissioner Adam Silver, who is in just his second season running the league. After banishing Los Angeles Clippers owner Donald Sterling for life and overseeing the process of selling his team to former Microsoft CEO Steve Ballmer, Silver scored additional points this year for supporting legalized sports gambling. Most in the media have suggested that Silver is off to a great start. He has made bold, well-received decisions. (See: Crisis management faceoff; Roger Goodell vs. Sepp Blatter.)

The #LeanInTogether initiative looks like smart, early action on the part of the NBA, in contrast to what has happened in the past year in the NFL, which had to act quickly after numerous player conduct scandals. In time for the Super Bowl, the NFL created a PSA in which a woman calls 9-1-1 and has to speak in code because the man who has hurt her is right nearby. The NBA, on the other hand, is addressing domestic violence without even specifically naming it, and not in rushed response to any sudden scandal.

This partnership was a no-brainer for everyone involved. Kathy Behrens, the NBA’s president of social responsibility, tells Fortune that Silver and Sandberg didn’t discuss the idea until December, and that it came together very quickly. By the time of the All-Star Weekend in February, the league was pulling stars aside to shoot the video. “The uniqueness of this campaign was the opportunity to connect members of the WNBA family with the NBA family,” says Behrens. “That was something Sheryl felt was really important, and that’s something we can do like no other sport can.” Of course, NBA and WNBA players have come together before, for various NBA Cares promotional spots, but Behrens says this new venture is more focused and specific. “The stars are extremely enthusiastic about this, and it feels, to me, very genuine and unique.”

As for whether the NBA’s work with Sandberg is directly influenced by seeing what the NFL has gone through, Behrens says, “As Adam has spoken about, we’ve all taken the opportunity to make sure we were dealing with those issues in the right way, as it relates to education and training of our players, but I don’t see them as related.”

For now there is only the initial video and a hashtag circulating on social media. But Behrens says that the NBA and WNBA have bigger longterm plans for #LeanInTogether. “We want this to last for a while,” she says. The agenda includes special events on Take Our Daughters and Sons To Work Day and on Father’s Day, and additional opportunities that LeanIn.org will announce in the coming months.