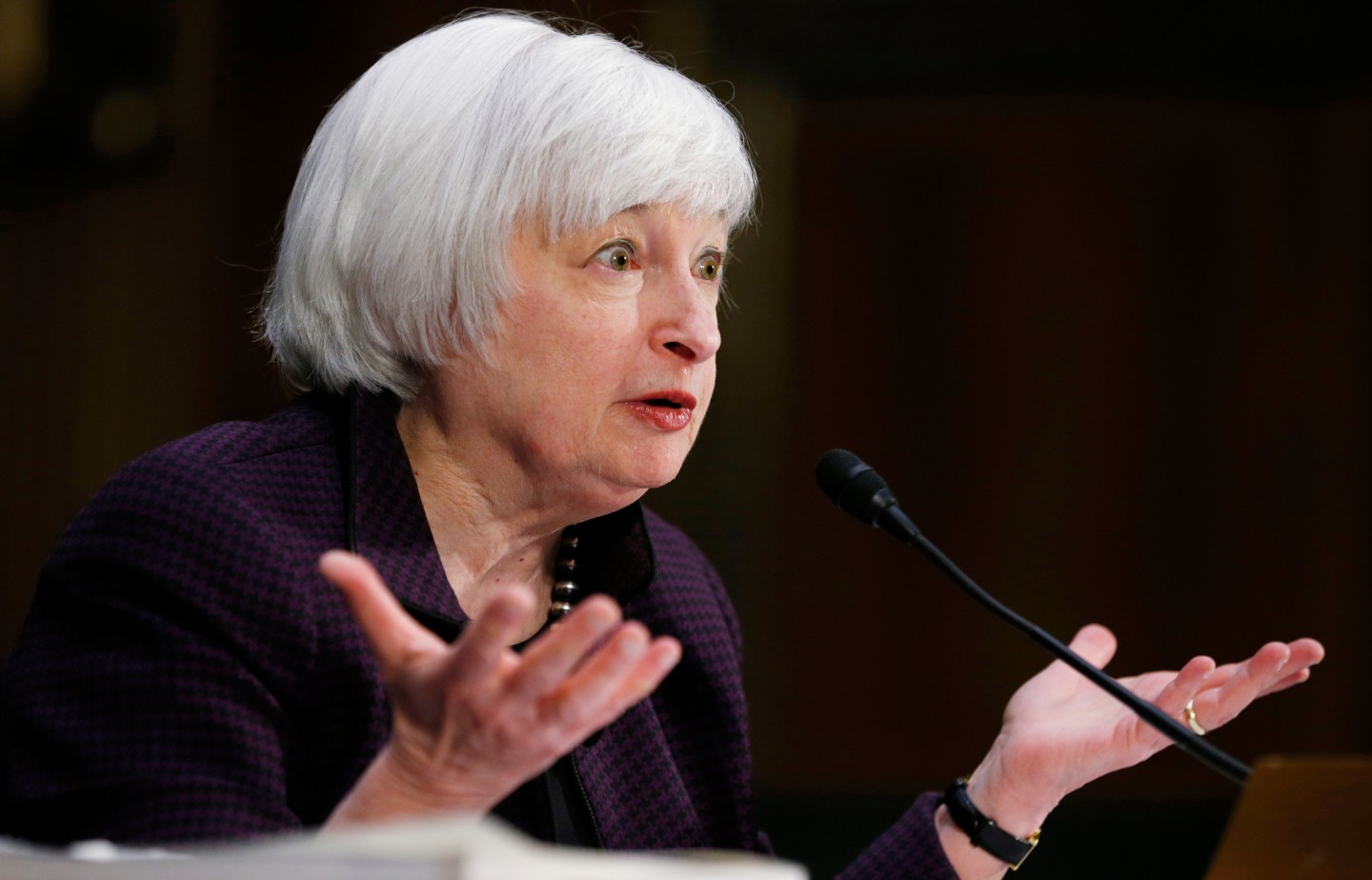 Friday is jobs day, when the Labor Department releases its estimate of the total number of jobs the economy added in February and the official unemployment rate.

The report comes at a pivotal moment for the U.S. economy, when total job growth has been faster than anytime since the late 1990s, which was one of the strongest periods of economic growth in American history. Yet inflation remains below the Fed’s target of 2% per year, and a fierce debate in the economics community rages over whether wages are rising quickly enough and whether we are nearing full employment.

There’s a lot riding on this debate. The Fed has kept interest rates at zero since 2008, but the conventional wisdom is that the central bank will begin to raise rates sometime this year, most likely in June. But a rate hike could come sooner, perhaps during the March meeting in two weeks, or the April meeting that follows. The Fed could also decide to delay action until later this year, or scrap a 2015 rate hike altogether.

The Federal Reserve has a dual mandate of maintaining price stability and achieving full employment. And since inflation has consistently undershot the 2% target, the only solid argument for raising rates soon is that we’ve reached full employment, which is loosely defined as the level of unemployment the economy will gravitate towards in the long run.

Determining the natural rate of unemployment is a tough task. The current official unemployment rate sits at 5.7%, versus an average of 6.1% over the past 25 years. In its most recent estimate, the Federal Reserve has placed full employment at somewhere between 5.2% and 5.5%, which means that it’s possible, though unlikely, that the economy will officially hit that mark tomorrow.

But not everyone is convinced that a reading of 5.5% unemployment or lower in this economy means that the Fed should begin to dial back on its stimulus measures. Last month, Fed Governor Jerome Powell suggested that the lack of signs of wage inflation suggest that full employment could be much lower than 5.2%, and that the Fed should be cautious about raising interest rates for fear of stamping out a recovery that has only begun to gain steam.

Those who argue that the Fed should keep its foot on the monetary stimulus pedal also point to the unusually high levels of underemployment—workers who want full time work but are only working part time—as well as high rates of long-term unemployment as evidence that there is a lot slack in the labor market.

But there is growing evidence that this slack is disappearing. Jim O’Sullivan of High Frequency Economics pointed out in a recent research note to clients that, when you control for the growth in the labor force, employment gains in the past year have been faster than at any time since the 1950s. While O’Sullivan sees no signs of inflation on the horizon, he is concerned that by the time interest rate policy gets back to normal, which will be many months after the Fed starts raising rates, it will take no less than a recession to get inflation back in check.

Others, like economist Dean Baker of the Center for Economic and Policy Research, argue that a rate hike at any point this year will be a “plan to kill jobs.” He writes:

The potential impact of Fed rate hikes on jobs is large. Suppose the Fed raises interest rates enough to shave 0.2 percentage points off the growth rate, say pushing growth for the year down from 2.4 percent to 2.2 percent. If we assume employment growth drops roughly in proportion to GDP growth, this would imply a reduction in the rate of job growth of almost 10 percent. If the economy would have otherwise created 2.4 million jobs over the course of the year, the Fed’s rate hikes would have cost the economy more than 200,000 jobs in this scenario.

Folks like Baker argue that, with inflation so low in the U.S. and around the world, raising rates now out of fear that inflation might begin to rise in the future is bad policy, especially when there are so many Americans who are currently underpaid or underemployed.

Fed Chair Janet Yellen will need to walk a tightrope and please both of these camps, but ultimately, the Fed’s decision will be depend on the data. If we see a big drop in the unemployment rate on Friday, that will only bolster the increasingly popular argument for raising rates soon.