Why Greece’s new bogeyman in the Eurozone is Spain 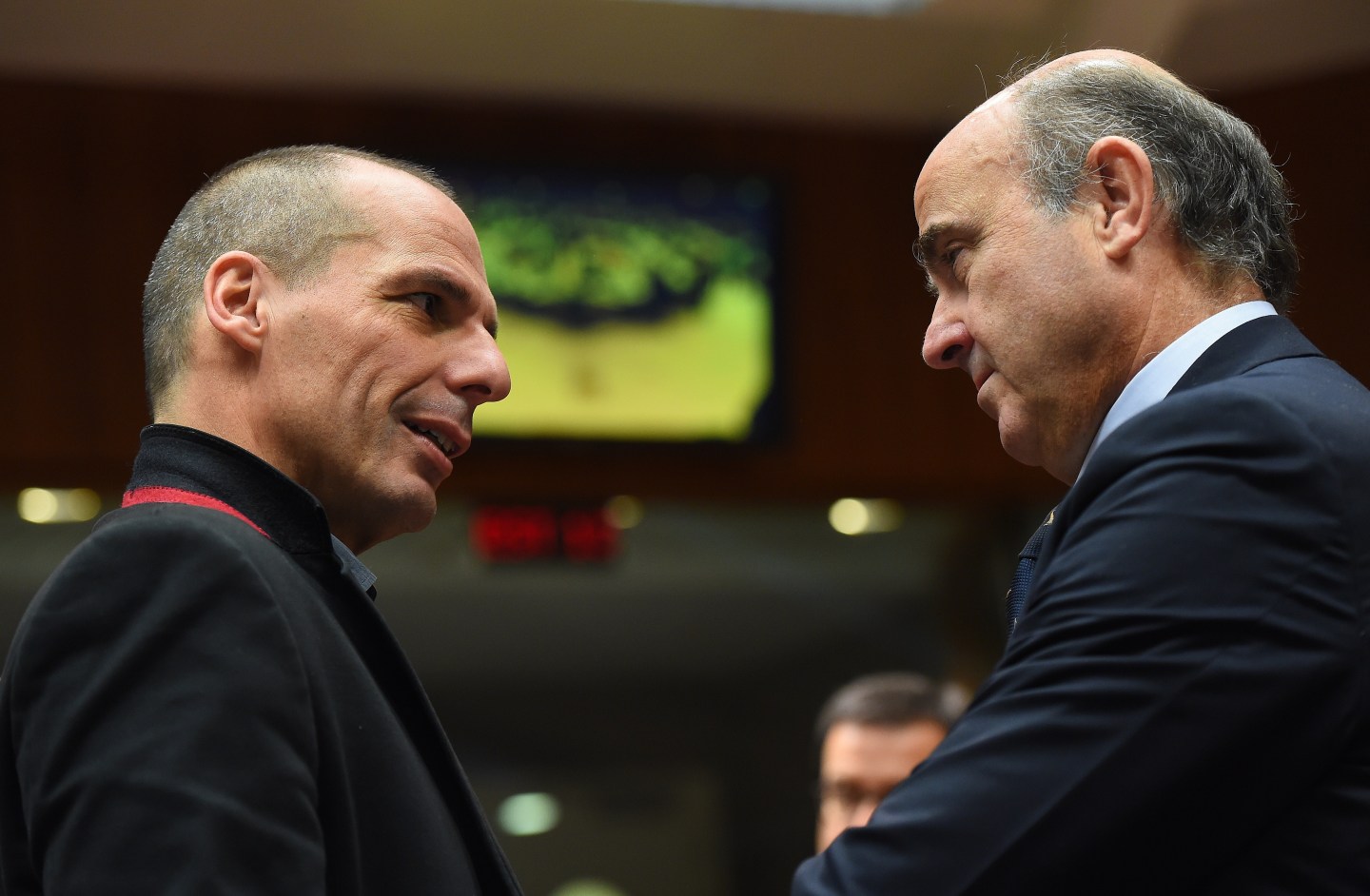 It doesn’t play to the over-simplified narrative that Greece’s new government–and its electorate–would like to believe.

The biggest opponents to the government’s brave new agenda for escaping its debt trap are not the evil Germans and the other po-faced northern Europeans–but rather Spain and Portugal, two countries that have also needed bailouts over the last five years.

This shouldn’t be the surprise that it obviously is to many people. That number includes Greek Prime Minister Alexis Tsipras, who at the weekend accused the two countries of blocking his efforts to cut Greece’s debt load and keep Eurozone money flowing to Athens on less onerous conditions.

Both Spain and Portugal have made acutely painful reforms and are starting to see them pay dividends. They were the Eurozone’s two fastest-growing economies in the second half of last year. Spain earlier Tuesday posted a 50,000 drop in seasonally-adjusted jobless last month, the best ever for a February. New hires were up 12.5% on the year and new training and apprenticeship contracts were up 24%.

The last thing that Spanish Prime Minister Mariano Rajoy needs is for the Eurozone to give in to Greece’s demands for debt forgiveness: not only would it cost Spanish taxpayers money (albeit not as much as he claims), it would make him look like a patsy for accepting the draconian conditions of Spain’s own bailout in 2012. It would be a massive political gift to Podemos–a coalition of left-wing forces similar to Tsipras’ Syriza that is currently way ahead in the polls–less than a year before he faces re-election.

Rajoy has to call elections before December 20. He will likely wait as long as possible before he does so, knowing that political sentiment can lag even strong economic recoveries by months, if not years. Unemployment may have fallen by over 300,000 in the last year, but there are still over 4.5 million out of a job. The logic is similar for Portugal’s Pedro Passos Coelho, who faces the electorate in October after having to implement much of what his Socialist predecessor acquiesced to in 2010.

Tsipras at the weekend had singled the two countries’ finance ministers out for ‘acting according to their own narrow domestic political agendas’, effectively implying that their primary responsibility is to bend to the irresistible, democratically-expressed will of the Greek people instead.

He’s been getting it back with both barrels ever since. Spain’s economy minister Luis de Guindos, having seen that it’s now fair game to blurt out in public what should stay in the negotiating room, let it slip that a third bailout of between €30-50 billion for Greece is being prepared. That’s an embarrassment at home for Tsipras, who has promised the Greeks he’ll do away with bailouts and their conditions for good.

De Guindos’ sidekick, budget minister Cristobal Montoro, added helpfully this morning that “No matter what it will be called, what is clear is that Greece will need money.”

Yanis Varoufakis, Greece’s outrageously hip professor-turned-finance-minister, told Greece’s Star TV Monday night that the government still has enough money to make scheduled payments of €1.5 billion ($1.11 billion) to the International Monetary Fund this month, but Athens is running out of money faster than it expected: tax revenue in January came in over 20% (nearly €1 billion) short of plan, according to government figures. The economy is lurching back into recession as the game of bailout chicken spreads uncertainty.

Eurogroup chairman Jeroen Dijsselbloem told the Financial Times Monday that the Eurogroup could pay out part of the last €7.2 billion in Greece’s current program early if it plays ball and starts pushing reform bills through parliament.

That’s the carrot Varoufakis will find dangling in front of him when the Eurogroup meets again next Monday. So far, the group has been unimpressed, finding him long on words and short on details, but Varoufakis told Star he’ll be bringing six concrete reform proposals this time.

Let’s see what the tough Iberian crowd makes of those.