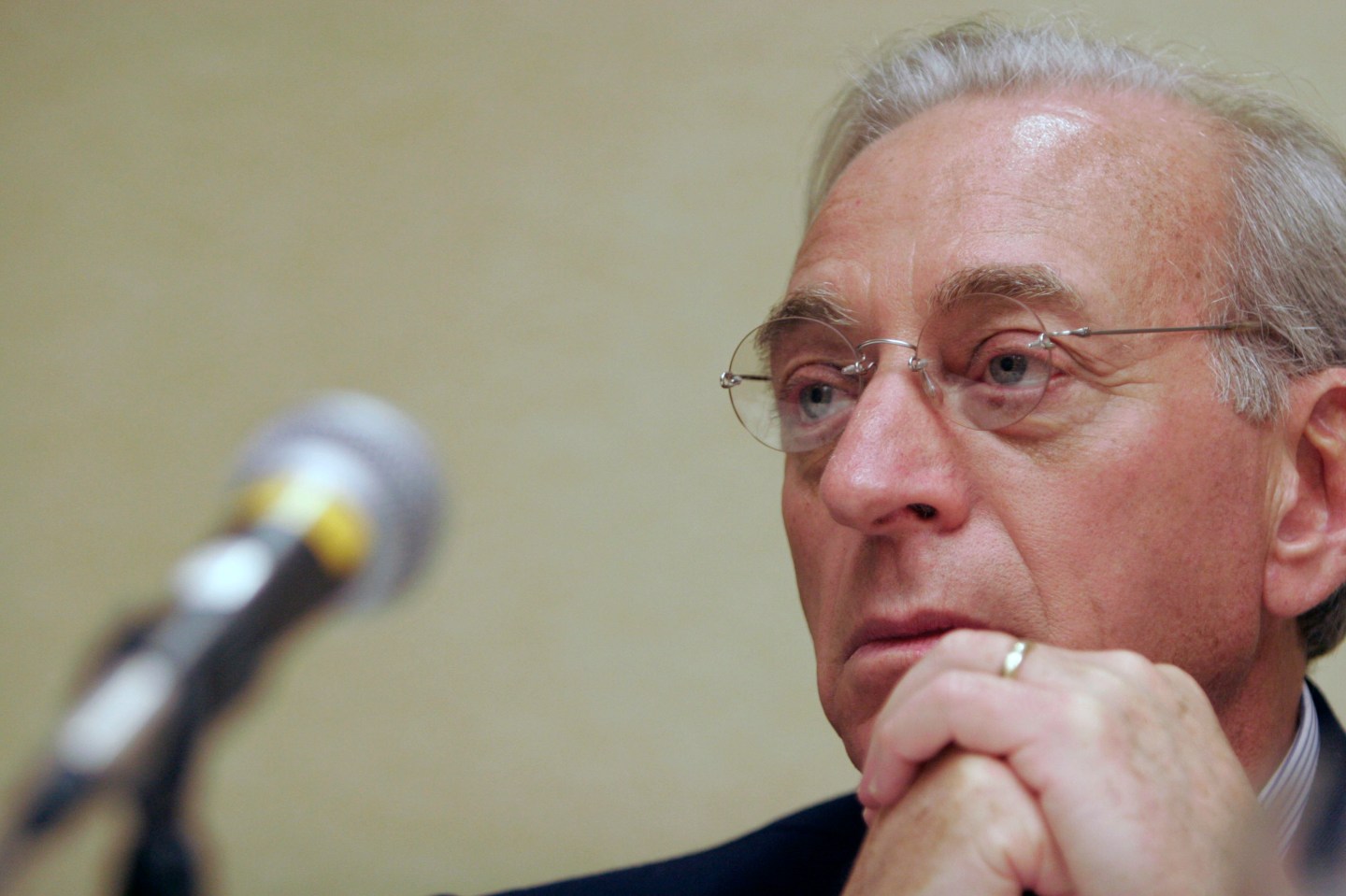 Nelson Peltz thinks DuPont’s shareholders need another way to vote for his board nominees.

In late February, the activist investor and hedge fund manager requested that DuPont (DD) use a so-called universal proxy card at the chemical giant’s upcoming shareholders meeting, according to a letter DuPont filed with the Securities and Exchange Commission on Tuesday afternoon. DuPont’s response: No thanks. According to the letter, DuPont consulted with a range of experts and was told Peltz’s latest proposal didn’t make a lot of sense. The company also argues that issuing a universal proxy to all 600,000 of their individual shareholders would be an unwieldy affair.

Peltz—whose fund, Trian Partners, has a $1.9 billion stake in DuPont—has been pushing for a break up of the company for months. In January, he and his hedge fund nominated four people to join the company’s board of directors. DuPont filed its proxy on Monday and took a hard line against Trian’s nominees. “The board of directors strongly urges you not to sign or return any proxy card sent to you by Trian,” wrote DuPont CEO Ellen Kullman in the company’s proxy filing.

Peltz’s call for a universal proxy is the latest salvo in the fight between Peltz and Dupont. Universal proxies list all of the nominees to a company’s board, not just those who have been selected and approved by the company. Such proxies have been a rallying cry for large institutional shareholders, like California pension fund giant Calpers, that think companies are not receptive enough to shareholder complaints.

Corporate governance experts typically say they back universal proxies because it gives average shareholders the ability to nominate their own directors. Launching a proxy fight and nominating your own directors is expensive and often not an option for many shareholders.

But that’s not the case with Peltz, as he and his fund have enormous resources at their disposal. In fact, they have already launched a proxy fight and are committed to sending out their board director ballots to shareholders, as well as paying organizations to advocate on their behalf. So, the timing of Peltz’s request for a universal proxy seems odd.

The SEC has been evaluating whether to mandate universal proxies for some time, and it has not reached a decision. The regulator held a roundtable debate on the issue last month. Charles Penner, who is a partner and chief legal officer at activist hedge fund Jana Partners, balked at the idea. “From a narrow activist perspective, I don’t know that having a universal ballot necessarily helps us,” Penner said at the SEC event.

No large company has yet to adopt a universal proxy, though some, like GM, have recently made it easier for shareholders to nominate their own board members.