How to quell your public speaking fears 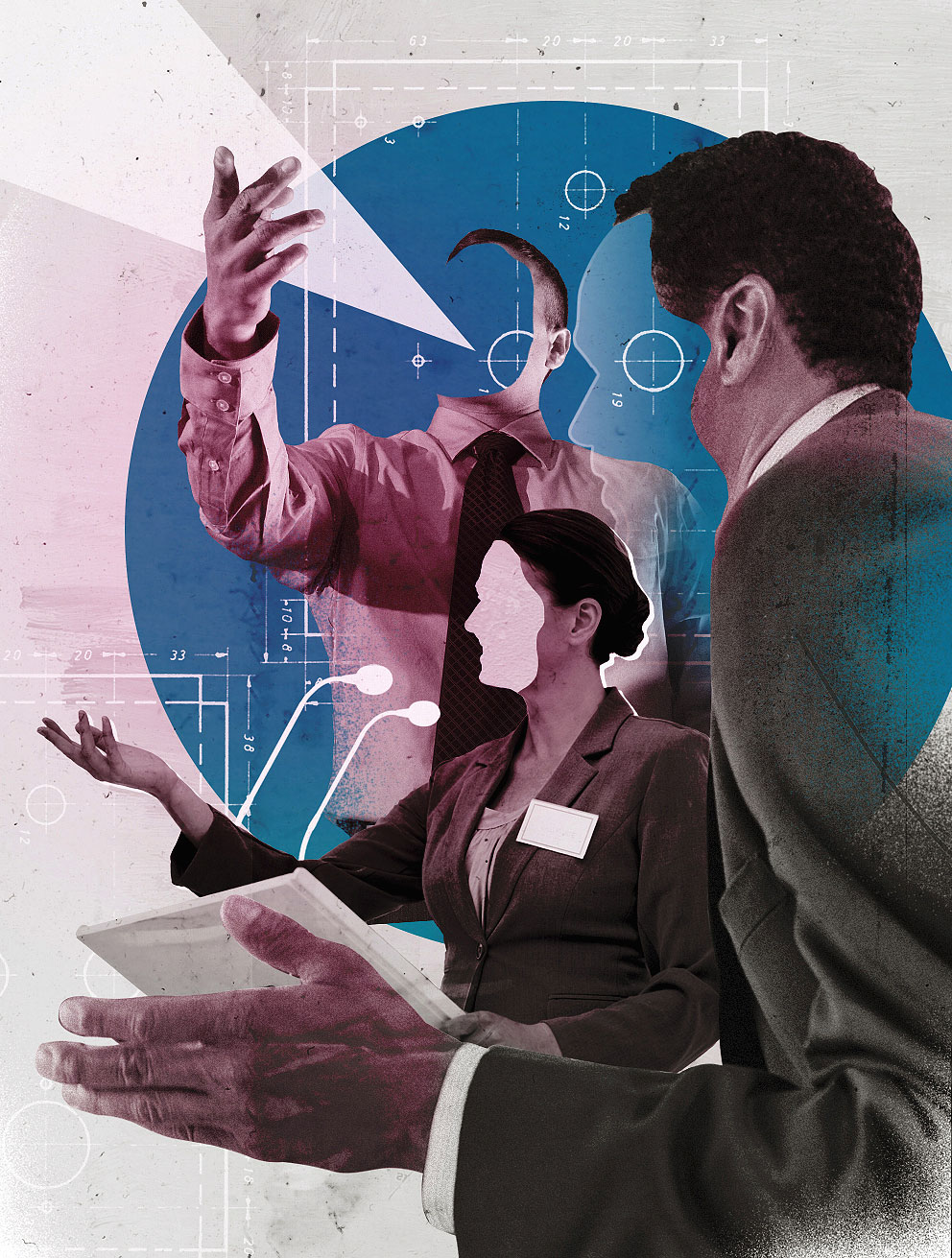 It’s no secret that public speaking strikes terror into many a heart. For some, even piping up at a meeting can induce anxiety. Bill Hoogterp, co-founder of Own the Room, has made it his goal to attack this scourge. Hoogterp, 52, began his career in the nonprofit world, and his sense of mission endures. His firm trains executives at companies like Facebook, Siemens, Visa, and Time Inc. (Fortune’s parent) in presentation and leadership skills—most of all, helping people to get out of their own way.

How do you get an audience to hang on your every word?

The best speakers focus on the audience, not themselves. The ego wants to protect itself in a spaceman’s bubble, and the energy that’s trapped inside creates nervousness. Instead of focusing on that queasy energy, flip it and focus on the audience. Involve the crowd with a question and get them engaged. For example, say, “Turn to the person next to you and say one word that captures your career so far.” Everything should be about the audience and the content.

What makes a speech memorable?

The brain translates words into pictures and emotions. Emotion is the lasting part of memory, so build your talk around the emotions you want to evoke. The audience remembers what it feels more than what you say.

When it comes to preparation, I’m a fan of having bullet points. Then it’s about building an arc with stories and content. Involve the audience every few minutes or they’ll tune you out. After making a point, pause for two to 2∏ seconds to allow people time to process what you just said. Other-wise you’ll undercut the power of what you’re trying to convey.

What if a joke falls flat?

If you start with a joke, people might not laugh because they don’t know you’re trying to be funny. A comedian might say, “A funny thing happened to me on the way to the show,” which sets up the joke. So try something similar. If the first joke falls flat, try again. Just say, “Tough crowd, tough crowd.” You’ll win them over. As with many things in life, most people give up too soon.

People repeat things unnecessarily. Here’s a game we do to change that. Mix half a cup of soda with half a cup of water. Every time you say “um,” “let me add to what he said,” or other phrases that mean nothing, you have to take a drink. If we get rid of weak language, 60-minute meetings can become 30 minutes. When your words become precise, people listen.

It’s a rush helping a group learn, laugh, and get better quickly. There were people who told me that in the field of leadership development, speaking and presenting is too narrow of a niche, but I was not deterred.

The phrase “own the room” is not just about public speaking. It all ties back to the power of your personality. People have more greatness than they know. So give yourself permission to be brilliant. All of us are driving a Ferrari with the hand brake on. I love teaching how to let it out.