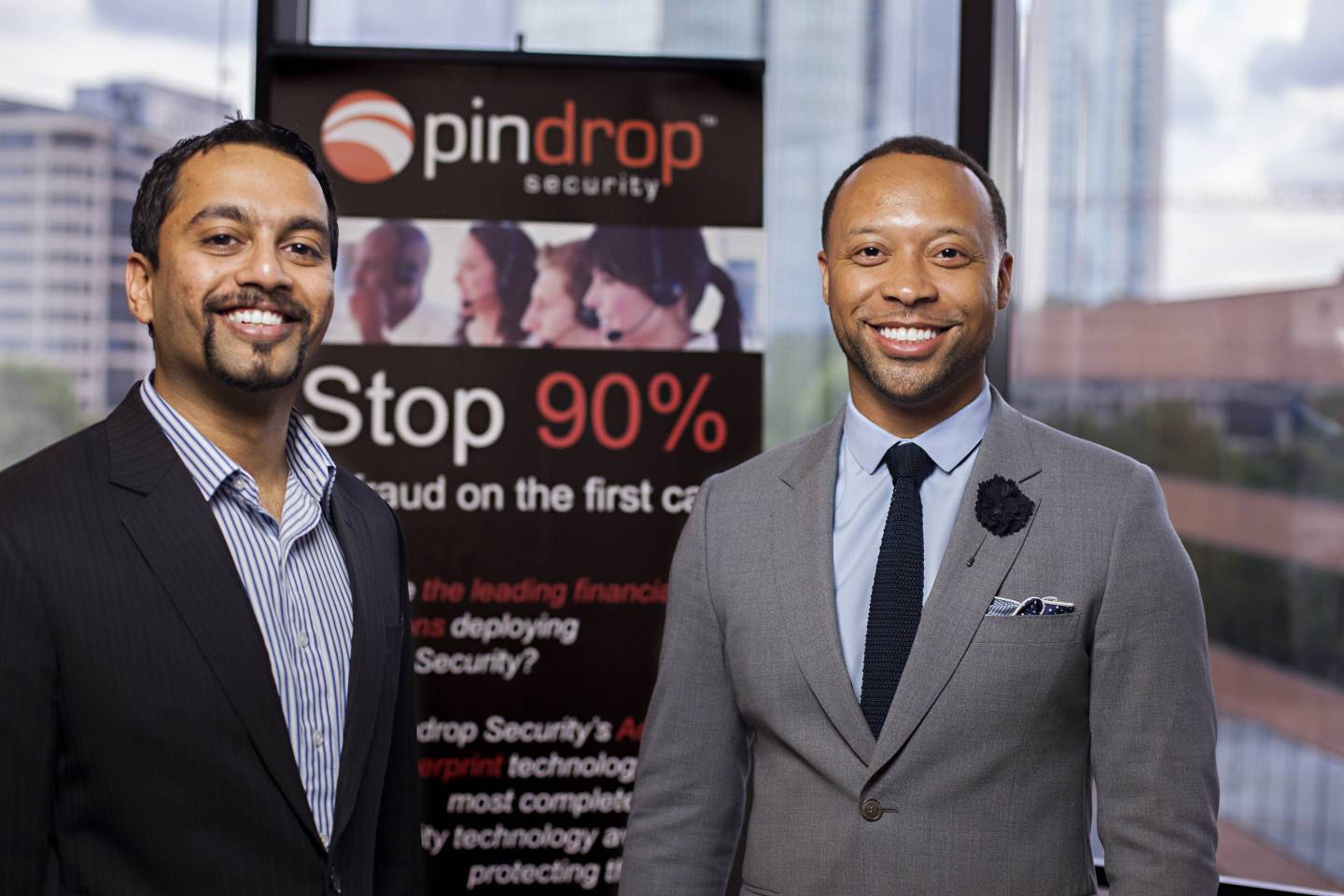 But fraud associated with bogus calls into customer support desks and call centers is far more rampant. An estimated one in 2,900 telephone encounters is bogus, which translates into 100s of calls daily for many big retailers, insurers or credit-card companies. That’s why big businesses spend an estimated $10.6 billion annually just trying to keep mistakes to a minimum.

Pindrop’s software uses a concept called “phoneprinting” to authenticate callers, sorting out probable impersonators from the true customer or account holder. “We can look at a call, extract certain information, and identify where a call is coming from, or the device used to make the call,” said Pindrop co-founder and CEO Vijay Balasubramaniyan.

Certain audio characteristics, for example, are unique to certain models of mobile phones or calls using Internet telephone services. Pindrop can tell whether the caller claiming to be from Atlanta on his or her cell phone is actually using a voice-over-Internet connection originating in Nigeria. Once a call is identified as potentially fraudulent, it is segregated and sent to specialists trained to handle these encounters. That happens in the background, so the caller isn’t tipped off.

“Over six billion individuals across the globe have access to a phone, yet there has been little security innovation in phone or voice,” said IVP Somesh Dash, who joined Pindrop’s board as a result of the firm’s investment. “Pindrop has revolutionized phone and call center security and is poised for impressive growth. Already Pindrop is protecting hundreds of millions of bank and retail customers.”

While he won’t get specific about customers other than online brokerage eTrade, Balasubramaniyan said Pindrop is working with several of the largest U.S. banks and retailers. The latest financing, which brings the total so far to around $47 million, will be used for expansion into Europe, Latin America, Asian Pacific countries where fraud is even more rampant.

This item first appeared in the Feb. 19 edition of Data Sheet, Fortune’s daily newsletter on the business of technology. Sign up here.