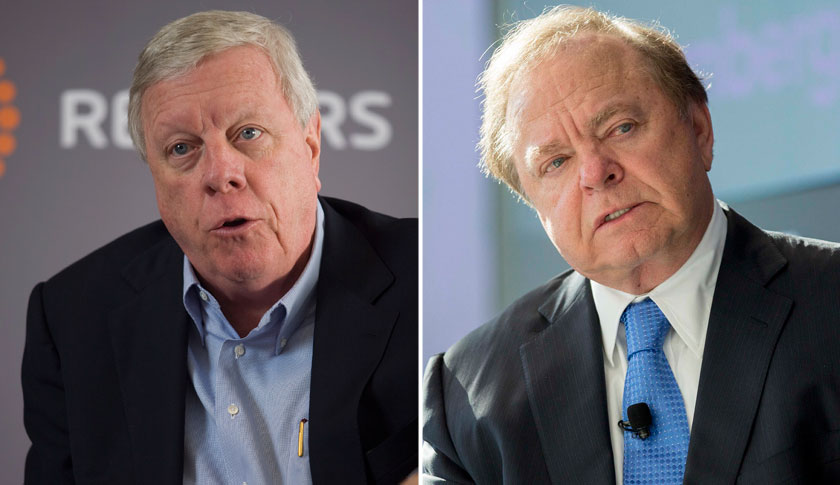 In late January, Kinder Morgan, the self-described “largest energy infrastructure company in North America,” offered to buy a company called Hiland Partners, which owns a bunch of pipeline and gas assets in the Bakken, for roughly $3 billion. Kinder Morgan says it expects the deal to increase its cash available to pay dividends starting this year, which implies that it thinks it got a pretty good deal.

Of course, you always have to wonder if the buyer or the seller got the better end of the bargain. And there’s an extra reason—which comes as a tiny nugget in a lengthy divorce filing—to wonder in this case.

Let’s start with some background. Both companies are run by entrepreneurs with reputations for brilliance and savvy deal making. Kinder Morgan (KMI) is run by Rich Kinder, who was the chief operating officer of Enron until 1996, when he lost a power play to Jeff Skilling. Kinder left Enron, taking some small pipeline assets with him, which he built into a company that is now valued at some $90 billion. This year, Forbes ranked Kinder as the 41st wealthiest man in the United States, with an estimated $10 billion fortune.

The chairman of Hiland is Harold Hamm, who is also no slouch. His main asset is the publicly traded Continental Resources (CLR), which he started in the 1960s and now has huge reserves in North Dakota’s Bakken formation. In 2007, Hamm, who is regarded as a fracking pioneer, took Continental public. The stock was up by as much as 600%, although with the plunge in oil prices, it has fallen 45% since late August 2014. Forbes ranked him as the 24th wealthiest person in the U.S., with an estimated fortune of $18.7 billion, although that’s now dipped to about $9 billion, according to CNNMoney—and could fall further, which we’ll get to in a minute. Anyway, Kinder and Hamm are now apparently neck and neck, billions-wise!

Hamm is also the chairman and owner of the privately held Hiland Partners—and that might be even better evidence of his business deal making savvy. Hiland, which was started around 1990 as a subsidiary of Continental and then spun out as a separate company, was once publicly traded. It was a so-called MLP, or master limited partnership, which is a tax-advantaged structure in which cash flows are distributed to unit holders, and only taxed at that level. Hiland, like all MLPs, had both a limited partner, which owns the assets and distributes the cash flows, and a general partner, which manages the limited partner and gets compensated based on its performance. Hiland Partners, which was the limited partner, went public in 2005 at $22.50 a unit and rose as high as $60. Hiland Holdings, the general partner, went public in September 2006 at $18.50 and increased to over $40 a unit.

When the economy collapsed and natural gas prices fell in 2009, both stocks plunged. In late 2009, Hamm personally offered to take Hiland private and ended up buying out Hiland Partners at $10 a unit and Hiland Holdings at $3.20 a unit—or about 80% to 90% less than the peak prices—for a total of around $160 million. The company ended up being owned by Hamm and his children.

The Kinder Morgan purchase certainly seems to be additional evidence of that. The $3 billion price includes debt of about $1 billion, so the equity value is about $2 billion. In other words, on the surface, Hamm earned well over 10 times his money in about five years. Not too shabby. One of Hamm’s lawyers, Glenn Devoll, points out that during these years, an additional $2 billion was invested in Hiland, $329 million of which came from the Hamm family. The rest was funded by debt, asset divestitures, and the reinvestment of cash flow. Still, not too shabby.

That’s not the end of the story. On the surface, it seems that Hamm has not been quite as skillful in matters of the heart, or at least in matters related to love’s aftermath. Hamm has been going through a famously messy divorce. In January, his ex wife, Sue Ann Arnall, cashed an almost $1 billion check—$974.8 million, to be precise—that she was awarded after a 10 week trial last fall. She is still arguing that she deserves more. Hamm, for his part, says he no longer has enough money to pay her.

And now for the kicker: According to documents from Hamm’s divorce proceeding, the judge awarded 49.36% of Hiland to Hamm. Per the document, the value of that almost 50% stake in Hiland was $198,158,176. This implies that Hiland’s total value is about $400 million. That’s way less than $2 billion.

It’s possible that Hiland is worth a lot more as a part of Kinder Morgan than it is as a standalone company. Kinder Morgan declined comment. Another one of Hamm’s lawyers, Craig Box, says that a confidentiality order prohibits him from commenting on these numbers.